Three students of the University of Port Harcourt (UNIPORT) were reportedly burnt to death by a mob on Friday at Aluu Community for allegedly stealing phones and laptops.

The murdered students were alleged to have stolen the items in an off-campus hostel. The students were said to be in their early 20s.

The students named Ugonna, Aladdin and Chidiaka were severely beaten by the mob and burnt to death using car tyres.

According to witnesses, the irate mob refused to involve the police in the case  for prosecution before performing crude justice on the said students.

No official police statement has been released on the incident but we shall bring you details as they come. 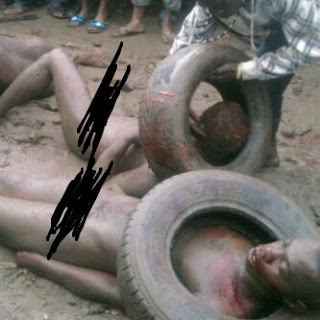