Watery grave: First images of sunken boat that carried more than 300 African migrants to their deaths in Italy (PHOTOS)

These are the first pictures to emerge of the migrant boat that sank off of the Italian island of Lampedusa killing more than 300 people.

Italy’s fire service has released video footage of divers reaching the wreckage of a boat which sank off the Italian island of Lampedusa, 40 metres beneath the waves.

The diving team have said they expect to find the bodies of over 100 of the 250 people still missing following the tragedy. 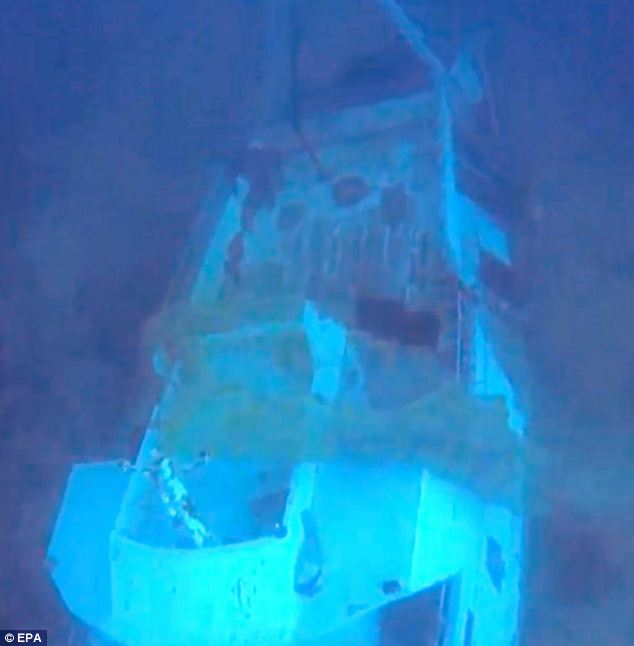 This is the underwater wreckage of the migrant boat which could contain the bodies of 100 of the 250 people still missing after the tragedy. Over 300 people are thought to have been killed 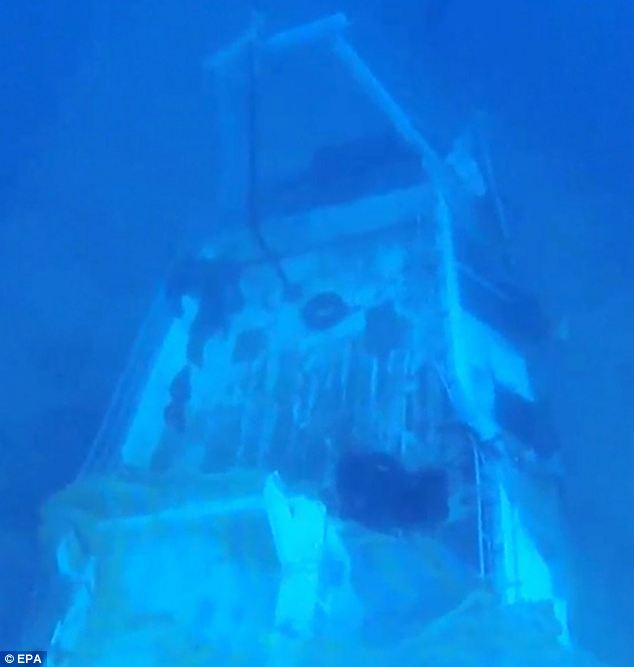 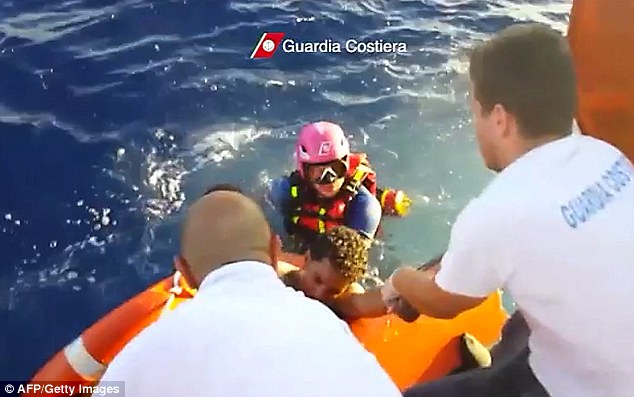 Hauled to safety: Italian coast guards rescue one of the lucky survivors of the capsizing tragedy that is now believed to have claimed the lives of over 300 African asylum-seekers 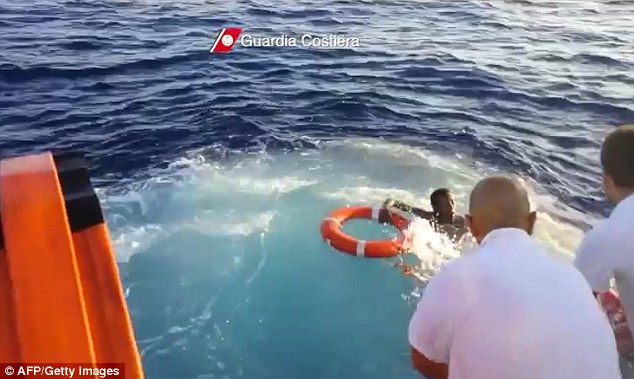 Rescue: A survivor is thrown a lifebelt by a member of the Italian coastguard following the disaster off teh island of Lampedusa 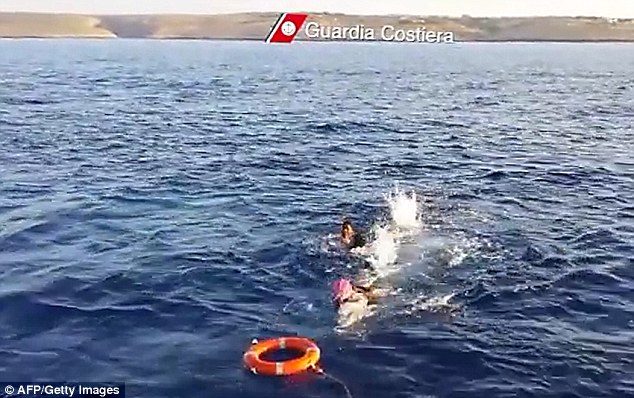 Two African asylum-seekers swim towards a lifebelt with the island of Lampedusa in the background. The coastguard said that of more than 500 people believed to be on board the 20-metre boat, 155 had been rescued

The Tunisian captain accused of trafficking hundreds of migrants, who drowned when their boat sank off the coast of Sicily, had already been deported from Italy once, a senior government minister has revealed.

The boat claimed 111 lives when it caught fire and capsized, half a mile off the coast of Lampedusa, the southernmost tip of the EU. Another 155 people have been rescued while 250 are still unaccounted for.

As dramatic pictures were released of passengers being hauled from the water, it emerged that one of the survivors was arrested yesterday having been identified as one of the traffickers.

Deputy Prime Minister Angelino Alfano said: ‘The trafficker arrested is a 35-year-old Tunisian who had been expelled from Italy in April.