“Could I have saved her?”: Agony of Whitney Houston’s mother over star’s drug use revealed [DETAILS]

Whitney Houston’s mother has told how she forced her daughter into rehab after finding the singer’s home had been turned into a drug den.

As the first anniversary of the superstar’s death approaches next month, Cissy Houston is still traumatised by her drowning in a Beverley Hilton hotel bath at the age of 48

But in her memoirs, Remembering Whitney, her mother admits: ‘She started partying and she didn’t really know how to stop. I used to wonder what she was doing at night, where she was. 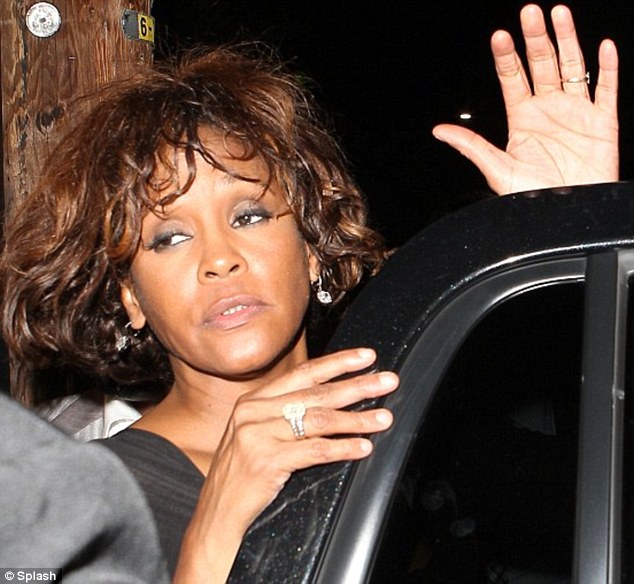 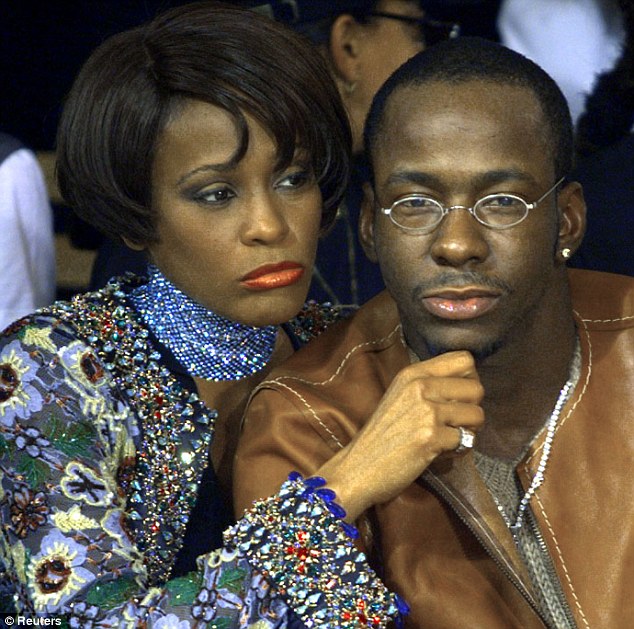 Couple: Whitney Houston with her husband Bobby Brown. They lived in a mansion in AtlantaAccording to the extract obtained by People Magazine, Cissy continues to ask herself: ‘Could I have saved her?’

In a serialisation in the Sun, she first realised her daughter had problems when she arrived unannounced at the mansion in Atlanta, Georgia, Whitney shared with her husband, singer Bobby Brown, and their daughter Bobbi Kristina.

Cissy, 79, had been called by her son Gary in early 2005 warning her: ‘Ma, I think Nippy [the family’s pet name] is really in trouble.’ He travelled everywhere with the singer.

Inside, the multi-million house was filthy, but Cissy’s biggest shock came when she saw ‘big glaring eyes and strange faces’ spray painted on the walls and door. 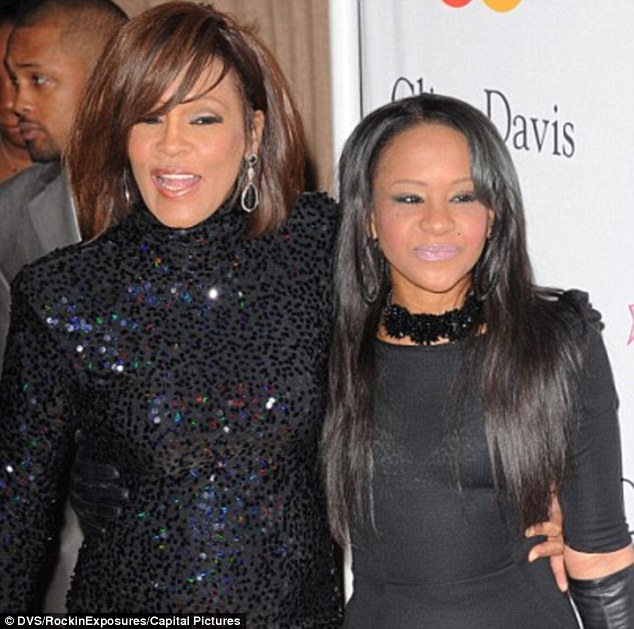 Mother and daughter: Whitney and her daughter Bobbi Kristina

Then in another room, she discovered Whitney’s head had been cut out of a large framed photograph of her with her husband and daughter 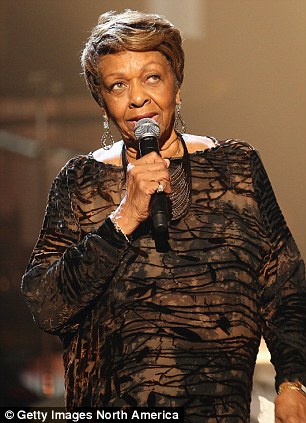 Concerned: Cissy Houston went to a court to get her daughter into rehab

Cissy recalled: ‘Evil eyes staring out like a threat. Who would do such a thing it seemed crazy. It was beyond disturbing to seeing my daughter’s face cut out like that. It was frightening.’

In her memoirs, Remembering Whitney by Cissy Houston, due to be published by Harper and Collins (£18.99) on January 31st, she tells how her daughter yelled at her and refused to come downstairs.

Cissy said her daughter looked as if she was on drugs and did not recognise the woman who was a worldwide star with many Grammy music awards and acclaim as an actress.

She left the house but vowed to save Whitney, returning with a court order and two women police deputies. The petition had been signed by eight people and a doctor who had seen the singer in the past 48 hours.

When they arrived, Whitney and Bobby Brown were at the doorway. She was shaking as Cissy told her they were taking her into rehab.

Whitney was in hospital for a week , but banned her mother from visiting telling everybody who came to see her that her mother had had ‘her locked up.’

In 2006 she broke up with her husband but she never really forgave her mother’s interference in her life, according to the memoirs.

In an interview with Oprah Winfrey to be broadcast on Monday, Cissy, a singer in the 60s and 70s, reveals how Gary told her in a phone call of her daughter’s death at the Los Angeles hotel on February 11 last year.

She said: ‘I was getting annoyed because he wasn’t telling me anything. He was screaming. He was saying, Nippy, Nippy. I said, “what’s wrong with her?’ 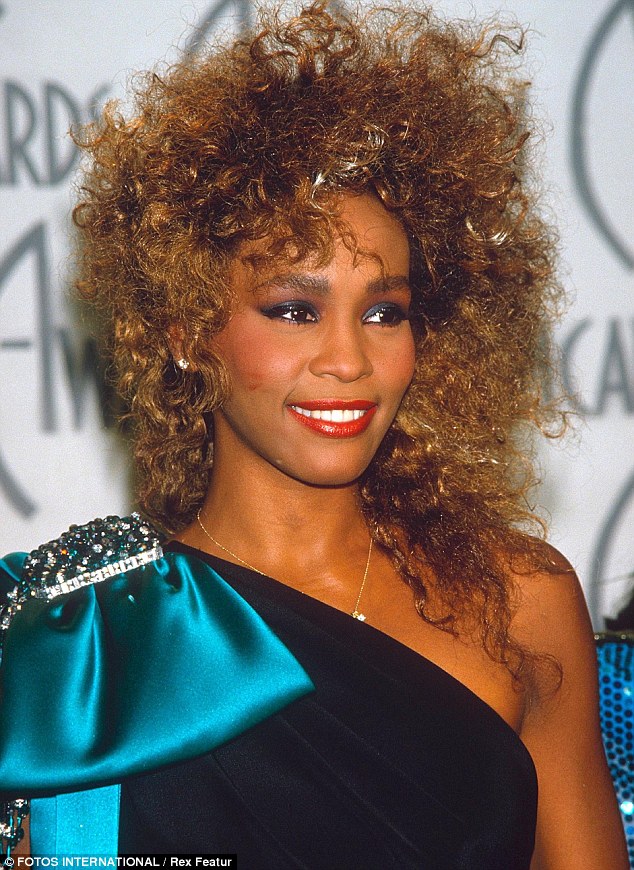 Glamorous: Whitney Houston a worldwide star back in her heyday in the 90s

In the People magazine extract she said: ‘I’m angry she died alone, in those conditions.’

Cissy says she doe not blame Houston’s ex-husband for the star’s drug addiction.

‘I blame him for the way he treated her, but I don’t blame him for her drug problems,’ she is quoted as saying. ‘He was no help to her at all.’ 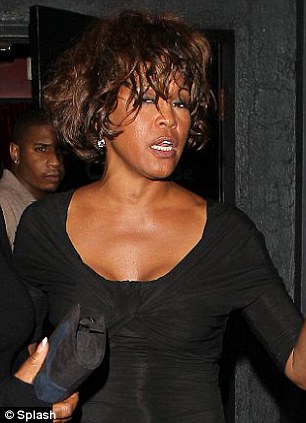 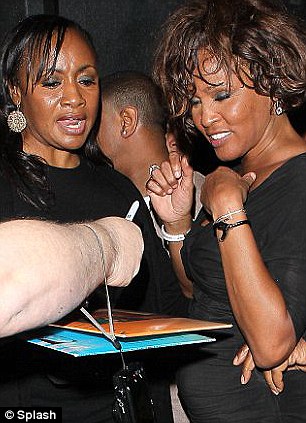 The last days of a star: Whitney Houston sweats profusely and appears dishevelled as she leaves the Tru Hollywood nightclub. She partied with a large group of friends before being driven away to her hotel, where she died 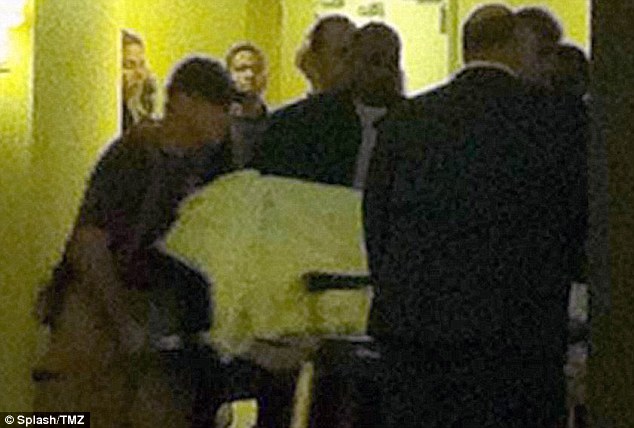 A dark and tragic end: The body of Whitney Houston is wheeled out of the suite of the hotel in Los Angeles where she ‘drowned in the bath’ following two apparent evenings of out-of-control binges