He performed to an audience of excited fans at the VIP Room in Paris.

But when the gig was over Blurred Lines singer Robin Thicke, 36, watched his wife Paula Patton get down to some dirty dancing of her own.

Paula, 37, gyrated with a partygoer as her husband looked on, before she cosied up to Robin on his lap. 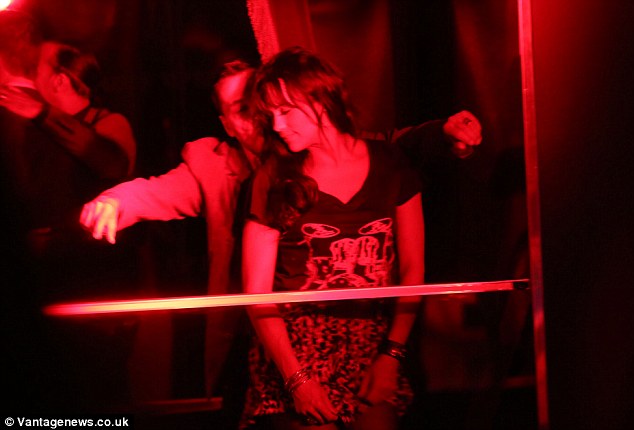 Passionate: Paula Patton enjoys a raunchy dance at the VIP Room in Paris after Robin performed at the club

Paula wore a cute outfit of a T-shirt with a drums design tucked into a monochrome patterned miniskirt.

She also wore sheer black tights and added an extra edge to her outfit with a pair of white furry wedge-heeled boots.

Her husband looked smart for the gig, wearing a grey three-piece suit teamed with a white shirt. 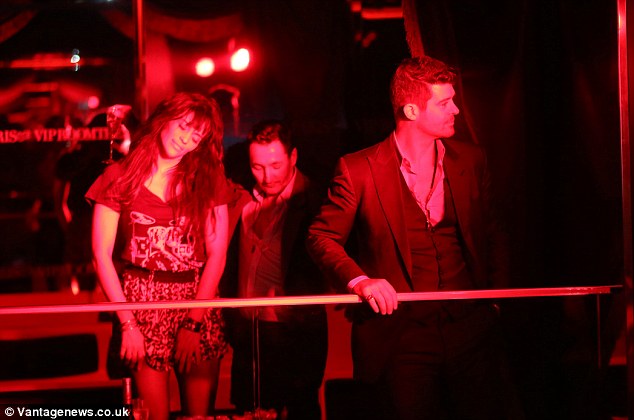 Partying: The couple relaxed together after Robin performed a gig at the VIP Club in Paris 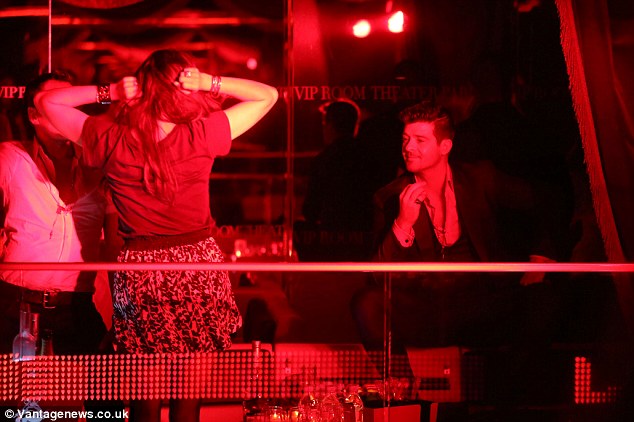 Earlier this year Robin and Miley Cyrus, 20, raised eyebrows at the VMA Awards, when Miley gave a  provocative twerking performance.

The incident shocked Robin’s mum Gloria Loring, who told OMG! Yahoo!: ‘I was not expecting her to be putting her butt that close to my son.’

Robin has recently spoken out over the controversy, putting the blame on Miley. 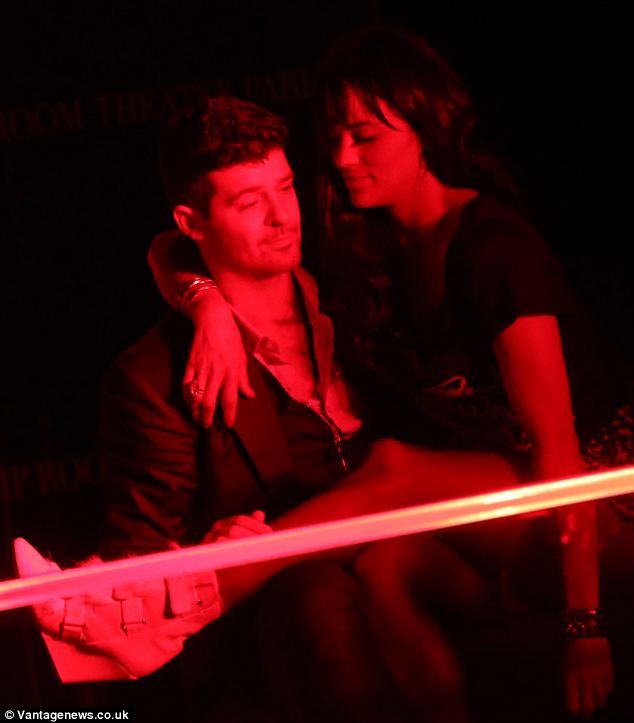 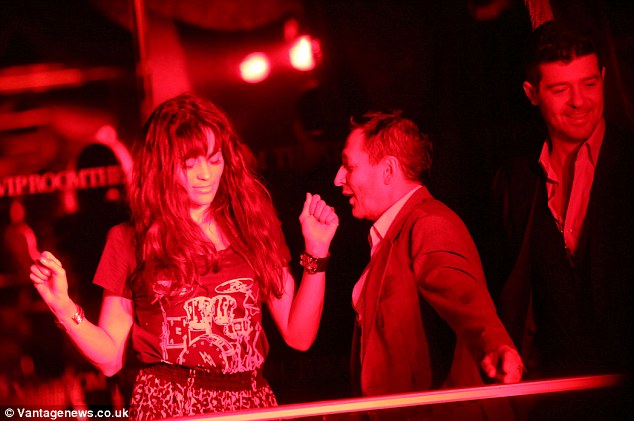 Moves: Paula closes her eyes and gets into the music 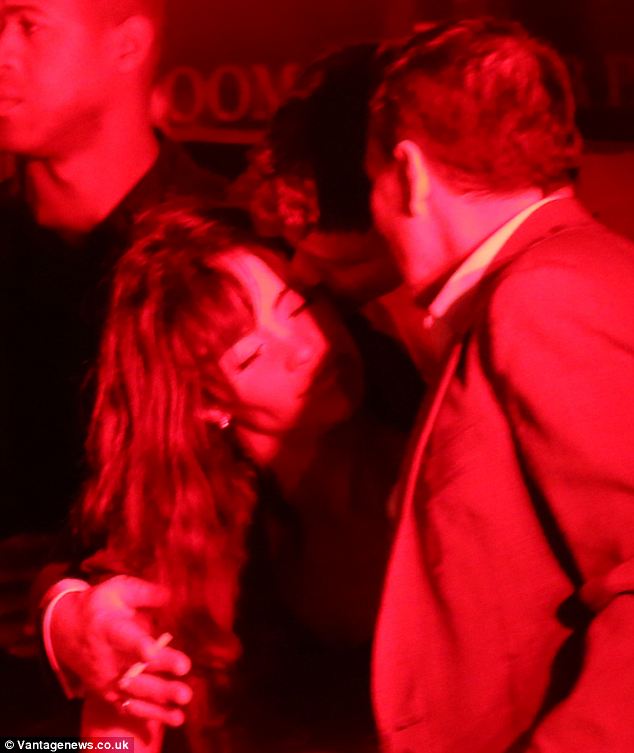 He said in an interview with Oprah: ‘Just remember, I’m singing my butt off. So I’m sitting there, I’m looking up at the sky and I’m singing.’

‘I’m not really paying attention to all that. That’s on her. People ask me, “Do you twerk”, I go “listen, I’m the twerkee. I’m twerked upon. I don’t twerk myself.’”

But Miley has in turn contradicted Robin, saying that he was fully aware of the nature of her performance.