Entertainment Roundup: Games of Thrones will air in the first half of 2019 | More stories First Nigerian producer/songwriter to sell platinum in South Africa! Big ups to everyone that made this happen ! pic.twitter.com/2ZiccABPoH 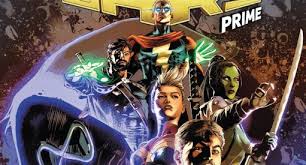 Taking place in Marvel’s comic book continuity rather than the Marvel Cinematic Universe, the issue features the villain meeting his seeming end — he’s both stabbed through the chest and then beheaded, according to Hollywood Reporter.

Games of Thrones will air in the first half of 2019 Game Of Thrones season 8 has been confirmed to air for the ‘first half’ of 2019. Drake’s viral challenge-fueled “In My Feelings” posts a second week at No. 1 on the Billboard Hot 100 chart. The song logged 116.2 million U.S. streams in the week ending July 19, according to Nielsen Music, breaking the weekly record held by Baauer’s fellow viral hit “Harlem Shake” since 2013.