These pictures are enough to make the most undaunted of animal lovers wince.

They show three-year-old Charlie Parker confidently swimming with a North American alligator called Gump, lifting him up, and then wrestling with his squirming body before cradling him to the bank.

The plucky youngster, who claims to be Australia’s youngest wildlife ranger, is already an expert reptile wrangler who is at ease handling 2.5m boa constrictors. 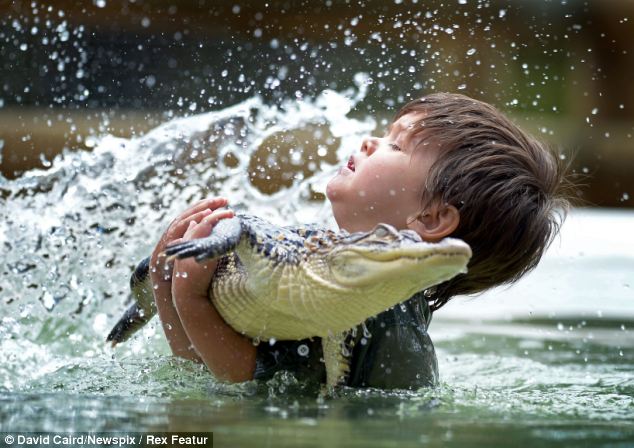 Splash: Three-year-old Charlie Parker has no fear as he holds a feisty baby alligator called Gump 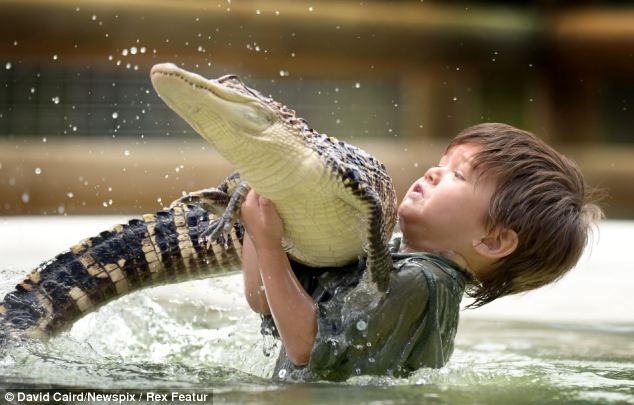 Holding on: Charlie winces in his struggle to keep a grip on the alligator trying to scramble out of his arms

While many parents are over-anxious to protect their children from any danger, Charlie has been raised to play with and learn about lizards and snakes.

Proud father and park owner Greg said Charlie comes from three generations of animal carers and has grown up around the sanctuary.

He said: ‘We didn’t go out to encourage it but he just loves reptiles. Like everybody he’s frightened of some things… others not so much.’

Adult male American alligators can reach more than 13ft in length, although the largest alligator is reported to have been a male killed in 1890 measuring 19ft. 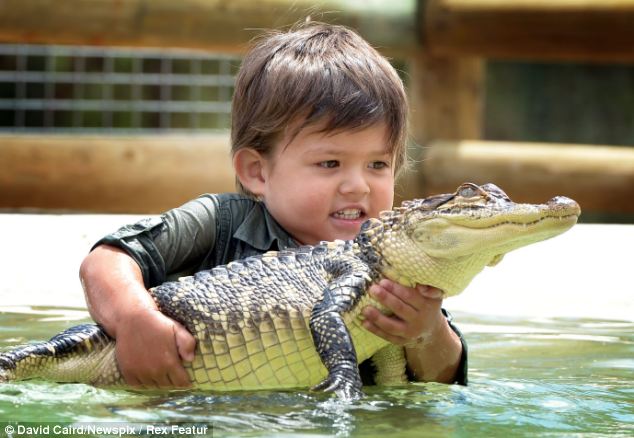 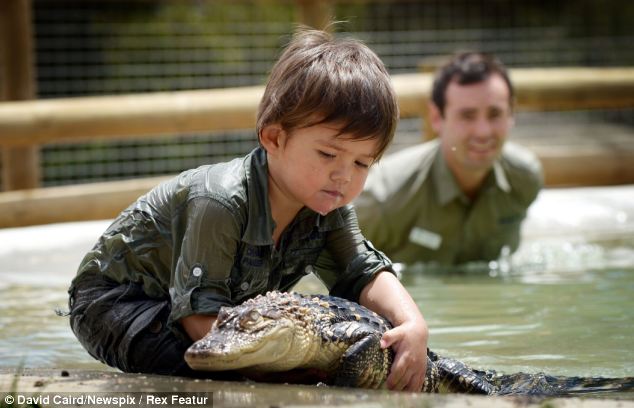 Wildlife ranger: Charlie expertly cradles Gump the alligator to shore while easing himself onto the bank
– UK Daily Mail