HORROR: Man, 29, murders his mother, sets her house on fire before he is gunned down by police (PICTURED) 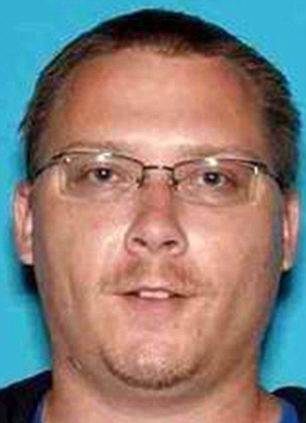 On a the normally quiet California street called Mellow Lane, the peace was shattered Saturday when a 29-year-old man gunned down his mother, set her house ablaze, and then took a tractor on a crazed ride through the streets in which he fired randomly at passersby and police.

The mayhem began around 5pm when police say Ryan Carnan murdered his mother at her Simi Valley home and then admitted the crime to his brother.

The brother’s panicked phone call to police would come after the home was engulfed by flames and around the same time calls about a man shooting at people in the Los Angeles suburb’s streets began flooding in.

Authorities found the charred remains of the still-unnamed mother before pursuing Carnan.
Carnan attempted to flee by tractor onto an equestrian trail when police confronted him and he was shot dead.

Police spokeswoman Stephanie Shannon said officers caught up with Carnan in the Bridle Path area of Simi Valley. Still armed, he was riding the tractor at the bottom of the city’s foothills.

‘Faced with a deadly force situation, those officers were involved in an officer-involved shooting,’ she said.

The area bomb squad was called as shocked denizens of the normally serene neighborhood became targets of the deranged man and were even told to evacuate. 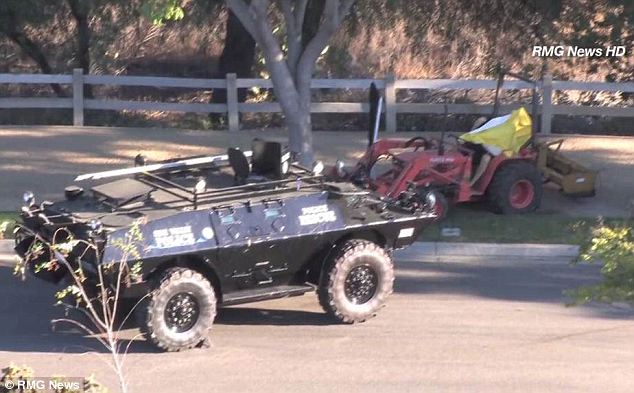 Rampage: Carnan, 29, shot his mother then set fire the home on Mellow Lane Saturday evening before spraying the neighborhood with bullets while atop a tractor. He was soon gunned down by police 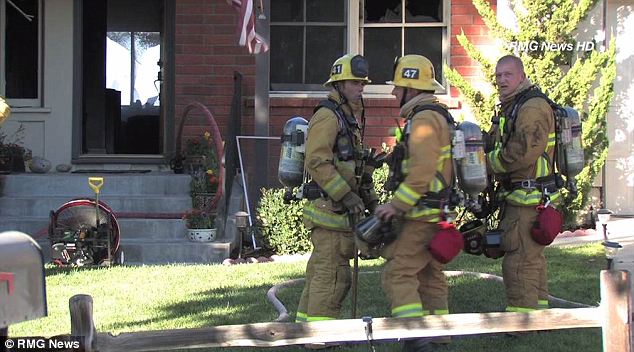 Alerted: When police arrived to Carnan’s mother’s home and found her charred body just as calls were flooding in about a man firing at neighbors from a tractor around 5pm Saturday 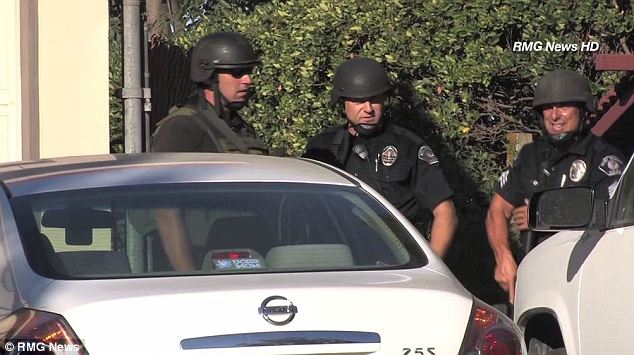 Evacuated: A SWAT team arrived and quickly told residents of the Bridal Path area in Simi Valley to evacuate

But not before many came face to face with death. 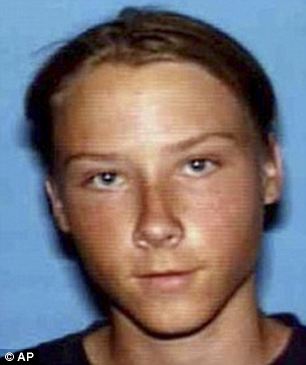 Earlier, an undated and much younger photo of Carnan was released, showing a potentially brooding youth

‘He comes by and I said, “Are you shooting up there?” Then he looks at me with the gun. He has the gun,’ said resident and witness Norm Treveva told KTLA. ‘I said: “Oh. You are shooting up there.” He just stared at me with this really weird-looking look on his face. Then he just drove by.”

Wendy Thompson another neighbor who had a brush with death during the bizarre and tragic incident.

She told the Ventura County Star she was riding her bike on Mellow Lane when she heard a bang and saw bullets hitting the pavement near her.

She said she looked over to see a man with a gun firing at her.
She wasn’t hit.

‘Police are showing up. They’ve got tactical vests and M4s,’ he told KTLA. ‘They’re moving up the street, telling us to get out. Like, “Get inside.”’

Marciel was among the extremely startled, but only Carnan’s mother appears to been injured at the hands of her son.