Put away that white suit, Olivia Pope, because there’s no scandal here!

And she’s of course expecting the bundle of joy with her husband of four months – NFL cornerback Nnamdi Asomugha, 32. 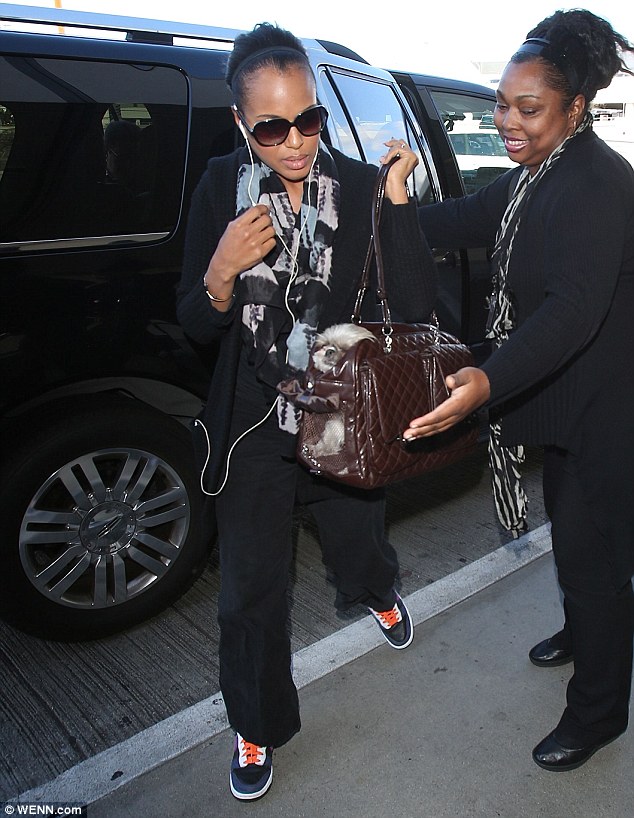 Great Expectations: Kerry Washington was covered up as she prepared to jet out of L.A. on Monday, it’s being reported that she is expecting her first child with NFL husband Nnamdi Asomugha

The 36-year-old, who has become an ABC favourite for her portrayal of the pout-faced fixer, is ‘about four months along’ according to Us Magazine.

She might be good at keeping secrets – rather like Pope – but unlike her covert wedding, the baby rumour has been bubbling under the surface of the celebrity scene for weeks.

This is mainly due to the seemingly tell-tale move of hiding her incredible figure in baggier clothing for recent events and appearances.

According to Us, Kerry – who is hosting NBC’s Saturday Night Live this week – hasn’t made the news known publicly on the Scandal set but is reported to be sipping on tea and protein shakes to keep morning sickness at bay.

This will be the first child for the Emmy-nominated actress, who married her beau on June 24 in Hailey, Idaho. 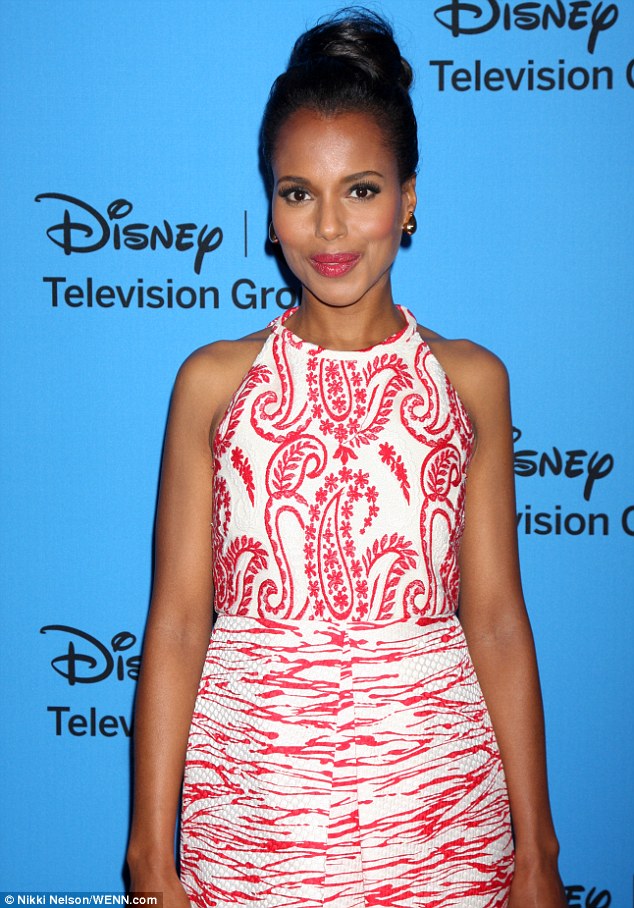 Private: Kerry told Glamour that she discovered talking about her private life doesn’t work for her

Washington, who was previously engaged to actor David Moscow, started dating the San Francisco 49ers cornerback in the summer of 2012.

Their wedding came without any media fanfare.

The Django Unchained actress told Glamour said she had ‘learned through experience’ that talking about her personal life just ‘doesn’t work’ for her.

‘I’ve had earlier times in my career when I did talk about it,’ she explained.

‘But I couldn’t just turn around and say, “I only want to talk about the good stuff, but not the bad stuff.” So I just thought, “Okay, no more.'” 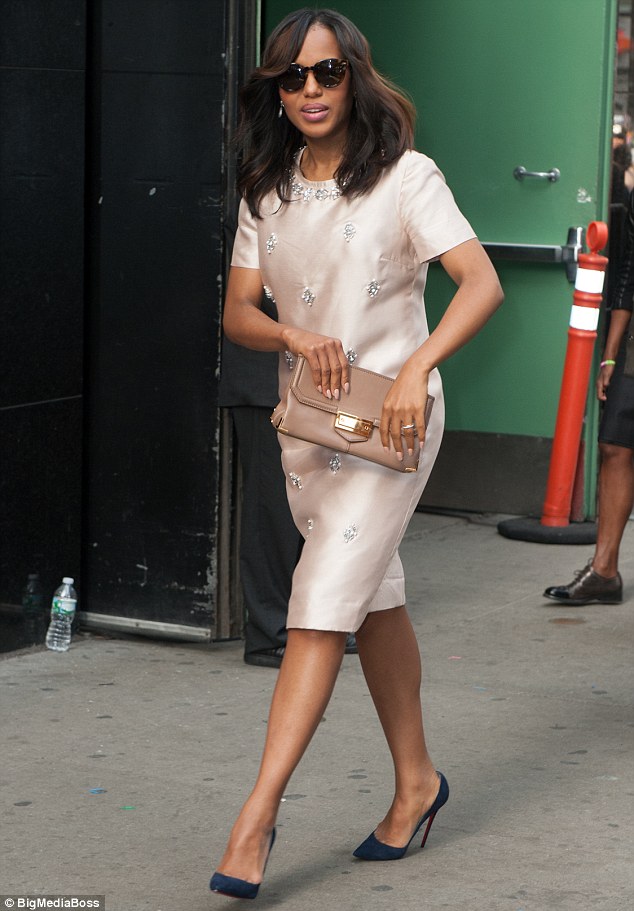 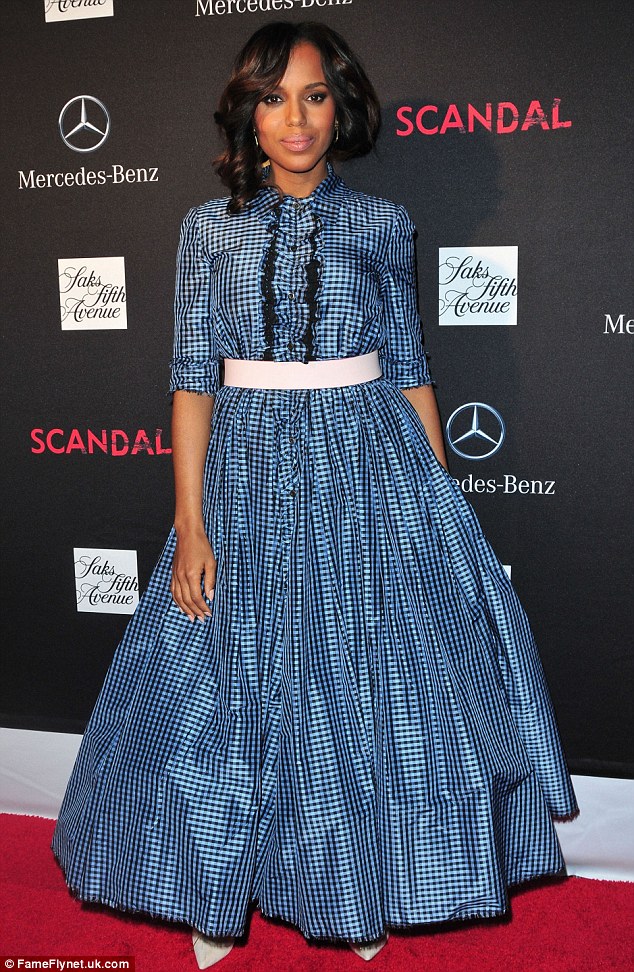 No tight attire: For the past couple of days Kerry has worn looser fitting attire as she attends various different engagements

So far she has kept mum on the baby question although in 2010 when she was engaged to actor David Moscow she told Jet magazine that she was not ready for children.

More recently in July, shortly after her wedding, she told People magazine: ‘I’m blessed in all areas of my life.’

The actress who plays Capitol Hill crisis management guru Olivia Pope in the ABC show is known to be fiercely protective of her private life.

In October’s Glamour magazine, she said: ‘I learned through experience that it doesn’t work for me to talk about my personal life. I’ve had earlier times in my career when I did talk about it.

‘But I couldn’t just turn around and say, ‘I only want to talk about the good stuff, but not the bad stuff.’ So I just thought, ‘OK, no more,’ she said.

It’s Washington’s first go at SNL, and she’ll be joined by a heavy hitting music guest in the form of Eminem. 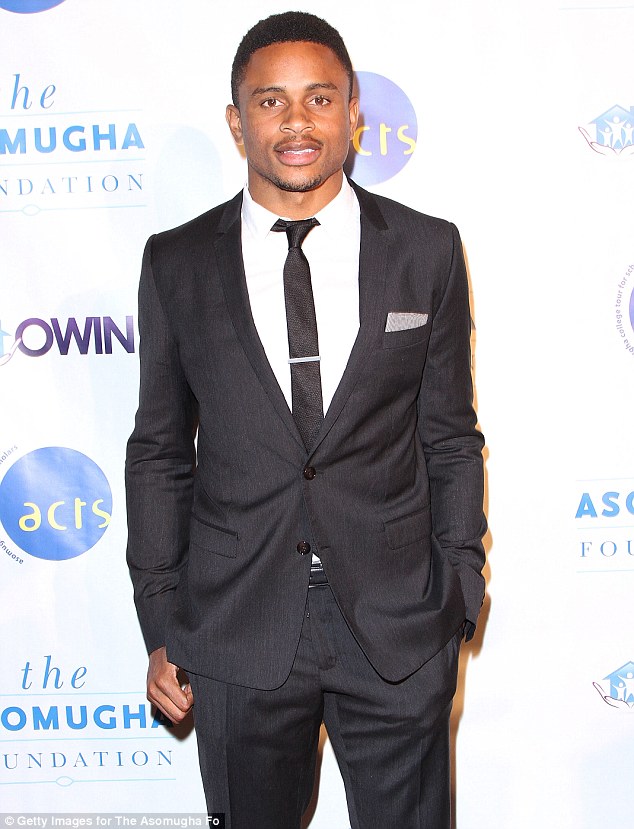 Happy times: Kerry tied the knot with San Francisco 49ers cornerback Nnamdi Asomugha in private with just her parents and sister in attendance, this July