“I am the punishment of God”: Mario Balotelli gets chest tattoo to celebrate his goal (PHOTO)

He’s not exactly known for his understated look.

So it’s no surprise that the 22-year-old footballer’s latest ostentatious show of arrogance came in the form of his new tattoo, on his chest.

The Manchester City striker and self-confessed lothario Mario Balotelli went all out with his latest inking, perhaps to mark his first Barclays Premier League goal of the season on Wednesday. 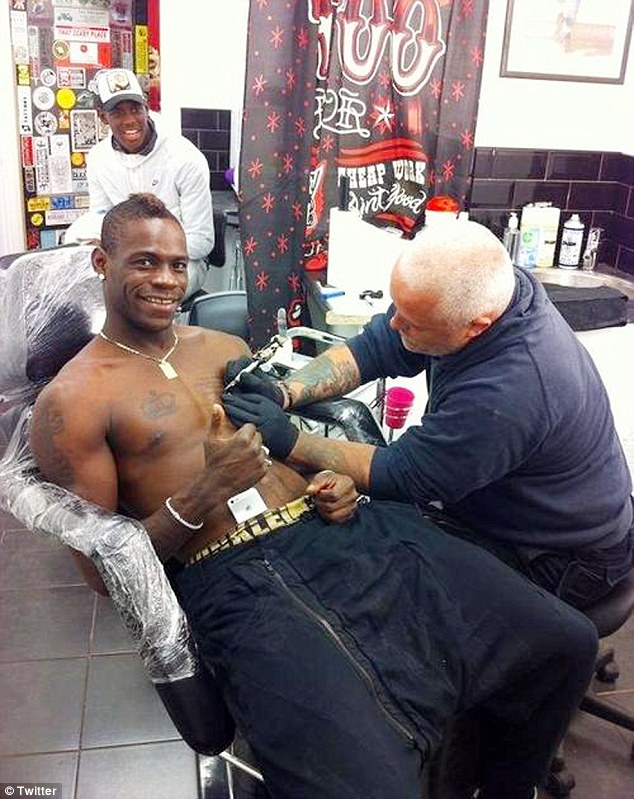 Instead of celebrating with a night out, the sportsman decided that the best way to show how proud of himself he was, was to ink a Genghis Khan quote on his torso.

‘I am the punishment of God,’ reads the artwork. ‘If you had not committed great sins, God would not have sent a punishment like me upon you.’

The Italian player, who has been desperately out of sorts for his club this season, will hope the new tattoo helps him rediscover his form. 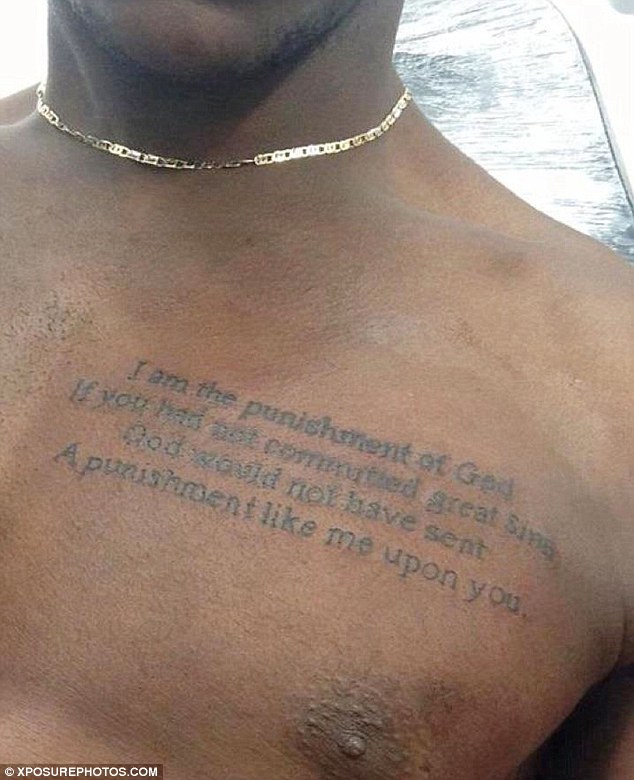 Inspiring stuff: The striker seems proud of his new inking on his upper torso

Mario treated himself to another present earlier in the month; a £55,000 Range Rover Evoque, covered in gold vinyl wrap.

Clearly not looking to go incognito, the footballer added the gold wrap to the white car in a bid to personalise it, and stand out from the crowd no doubt.

A few days earlier the star had had his Bentley GT wrapped in camouflage, in his usual overstated style.

Now Mario really has something to celebrate, after the £24million striker led his team to victory, finishing with 2-0 at Wigan in the week.

The young sports star is about to become a father as former girlfriend Raffaella Fico is expected to give birth to their baby before Christmas.

The pair got back together briefly last month but have since split again, after a bitter battle played out in the public arena. 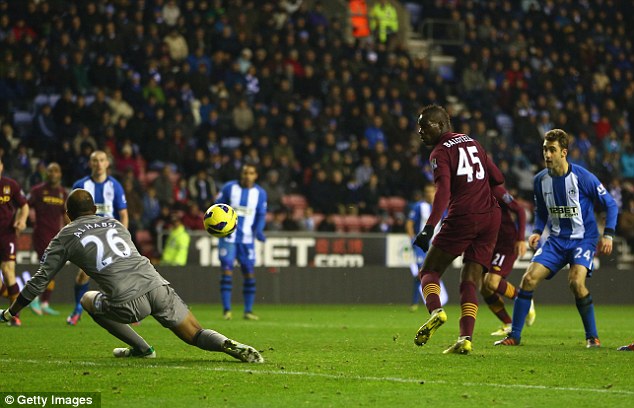 About time too: Balotelli struck his first Premier League goal of the season at Wigan on Wednesday night
– UK Daily Mail