She’s been looking much slimmer of late, and has even been spotted hitting the gym.

But even so, Christina Aguilera, 32, looked almost magically slimmer in a picture she Tweeted from the set of her new music video on Wednesday.

The blonde singer was wearing what could’ve been a control garment on her lower body but she still had an enviably small waist. 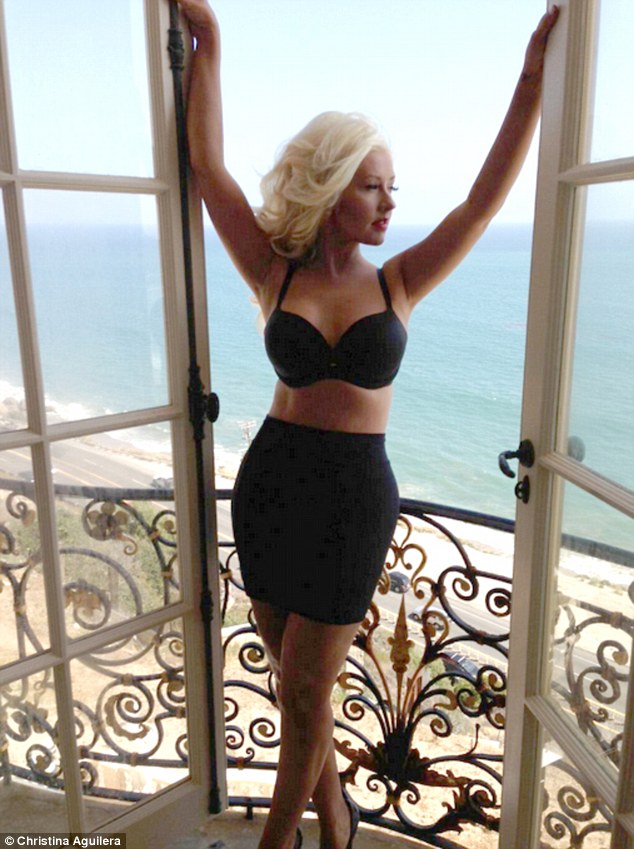 Aguilera’s taken a break from her tenure as a judge on The Voice to work on her music, and also to work towards a healthier shape.

Clearly the 5ft2 singer has been hitting the gym, and she’s said to be working with personal trainer Tee Sorge,

She recently showed off a slimmer figure on a shopping trip with boyfriend Matthew Rutler. 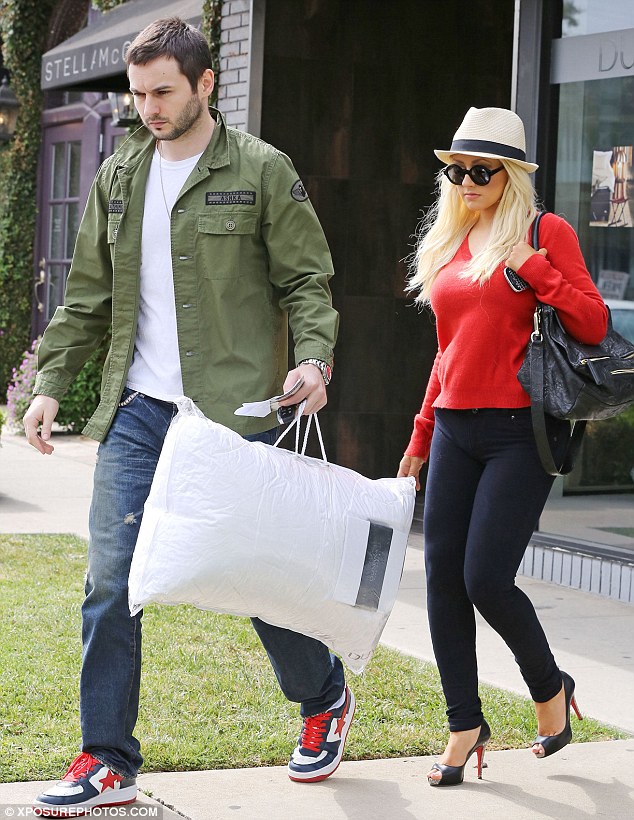 Looking good: Re-teaming up with her personal trainer Tee Sorge is definitely working for the star

It seems re-teaming up with her Sorge is definitely working for the star.

And she’s soon to return to her twice weekly appearances on the top talent show as it’s been reported that Christina is headed back to her old job.

She’s going to replace Shakira after just one season.

Despite looking svelte Christina has spoken out saying she loves that after years of being stick thin that she now has curves. 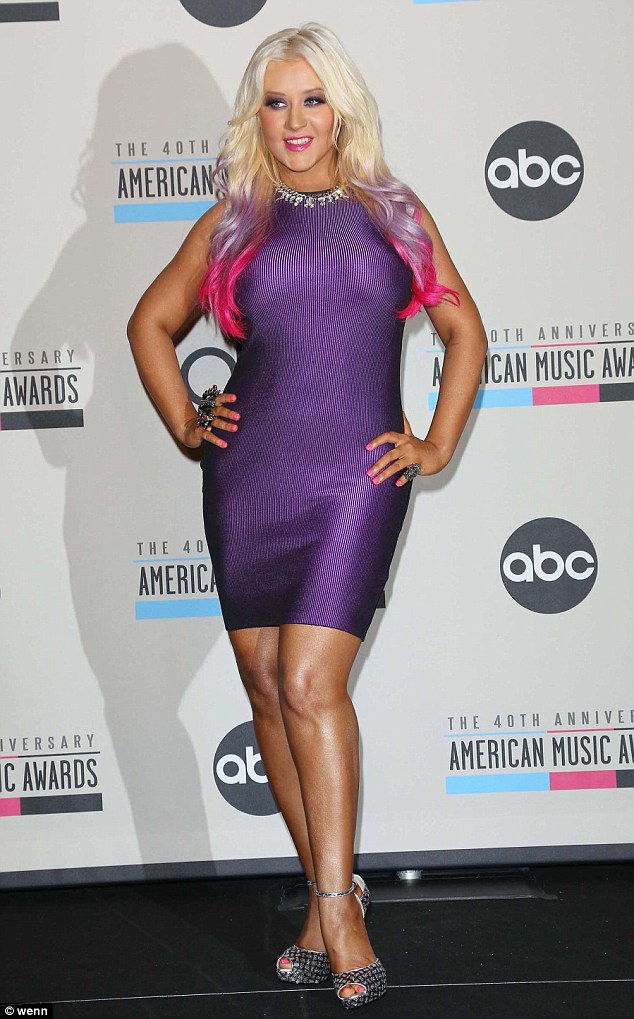 Curves ahead: Despite looking svelte Christina, pictured here in October, has spoken out saying she loves that after years of being stick thin that she now has curves

Last year Christina said she was totally unconcerned about the way her clothes advertise her assets.

She said: ‘Actually, the challenge I’ve always had is being too thin, so I love that now I have a booty, and obviously I love showing my cleavage.

‘Hey, if you can work it and you can own it, that confidence is going to shine through.’ 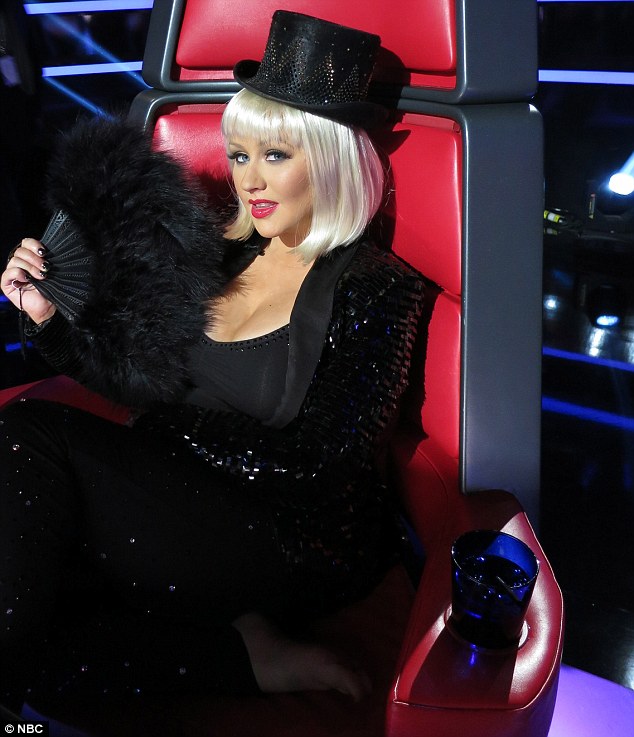 Coming back! Arguably there’s never been a judge as popular as Aguilera in The Voice’s judging chair and now she’s said to be returning

Aguilera left The Voice last year to promote her album Lotus, which came out in November to disappointing sales.

Cee Lo Green, who was part of the original line up with with Adam Levine and Blake Shelton, also took a break at the same time as the 32-year-old Genie in a Bottle star.

‘Everybody can’t coach for life because when you have people with current recording in the game, this is not their job,’ he said when he left, but Aguilera – who regularly stole the show with her razor-sharp observations – is obviously missing her calling. 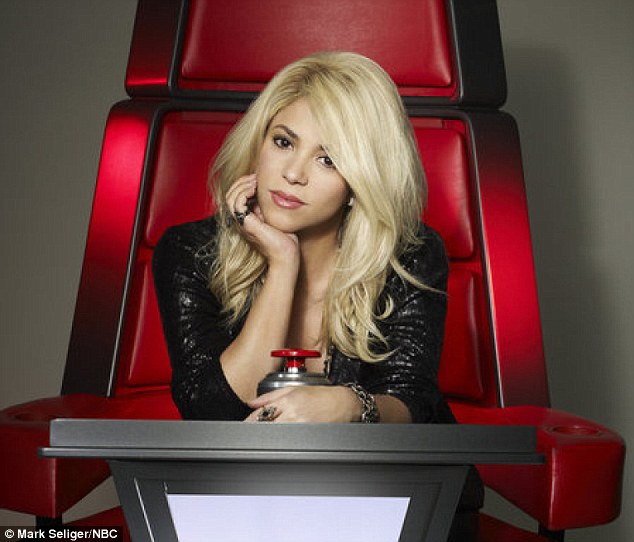 Time to say goodbye: Shakira is reported to be leaving after just one season in the judge’s chair