TICKER: Oops! Kourtney Kardashian flashes her behind when her skirt gets blown up – See Photos

She was larking around with her sister Khloe during a photo shoot.

And despite being full aware she and her famous family are followed by cameras nearly 24/7, Kourtney Kardashian threw caution to the wind.

The 33-year-old reality star flashed onlookers when she was twirled around by Khloe, blowing up her short skirt and showing off her derriere in the process. 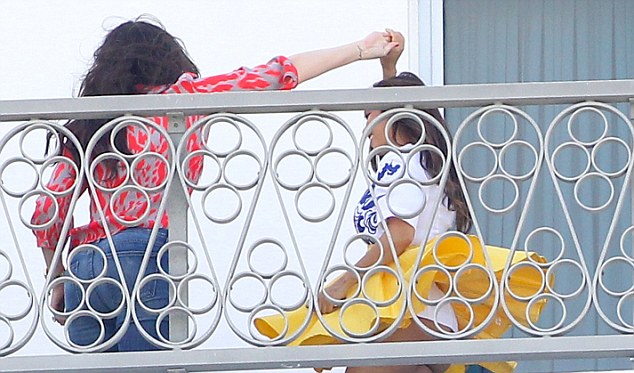 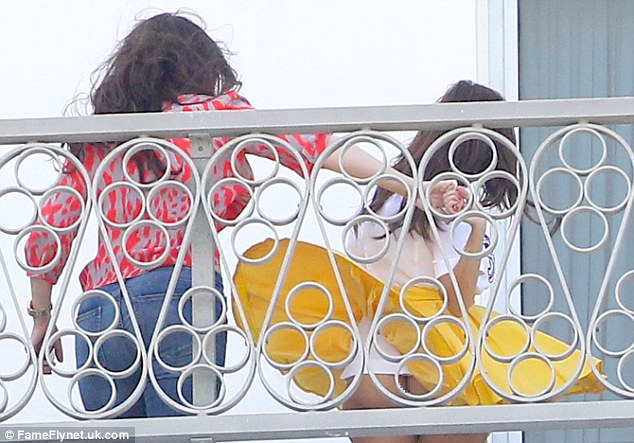 Kourtney and Khloe – who are in town with their sibling Kim filming their new reality show – were doing a ’50s-style dance number.

The sisters were laughing and having a great time when the mishap occurred.

Kourtney, who was wearing a white and blue-print blouse and short canary-yellow circle skirt, was being pulled into a twirl by a taller Khloe when the wind picked up and blew up her skirt.

Underneath she revealed a very skimpy pair of underwear. 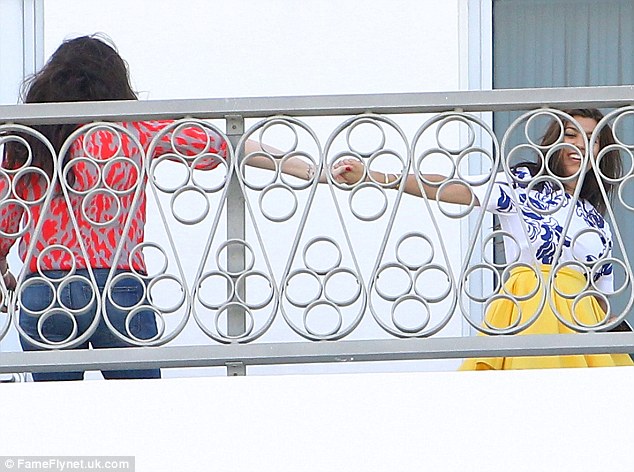 In the famous comedy The Seven Year Itch, Marilyn Monroe cools off from the summer heat by letting her skirt fly up over a vent above the subway.

Marilyn’s subway scene is perhaps her most memorable, even to this day.

Kim, 31, and eldest sister Kourtney, 33, are currently living in Miami shooting scenes for their new reality show, Kim and Kourtney Take Miami, of which Khloe, 28, is undoubtedly a part of too. 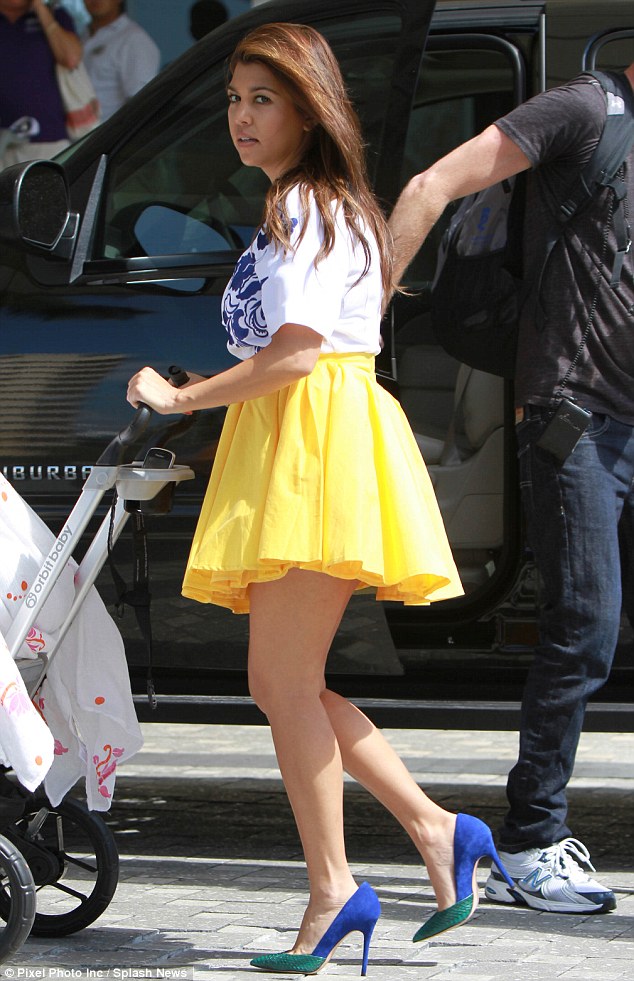 On Wednesday, Kim, Kourtney and Khloe all got together for a glamorous photo shoot.
Kim looked stunning in a form-fitting black dress while Khloe wore a leopard-print top and black leggings.

Kourtney arrived to the Eden Roc with Scott Disick and their children, Mason, two, and baby Penelope, three months.

Kourtney was seen pushing the baby’s stroller wearing the infamous yellow skirt and a pair of striking blue and green heels.