She’s one of the most successful modes in the world.

And now Gisele Bundchen has stripped off to show just why she became the highest paid model in 2013.

The 33-year-old Brazilian beauty is seen displaying her incredible, athletic figure in the pages of November’s Vogue Paris magazine. 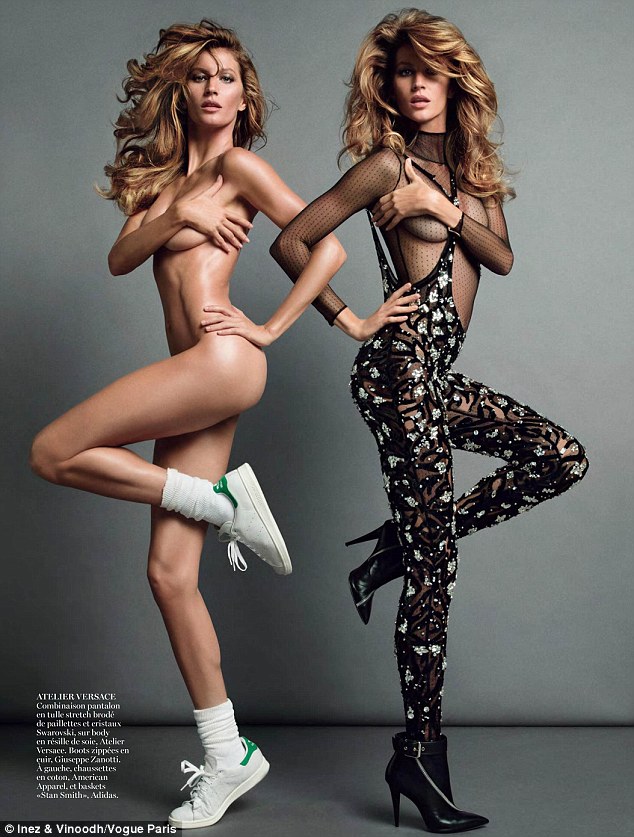 Body envy: Gisele Bundchen shows off her incredible figure by posing nude in the new issue of Vogue Paris magazine 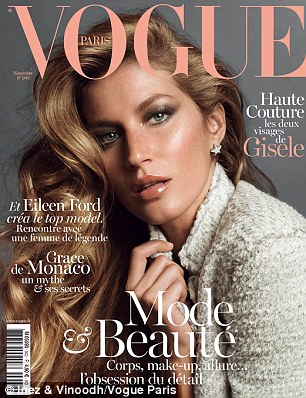 The full interview appears in the new issue of Vogue Paris

Wearing just a pair of ankle socks and white and green high-top trainers, Gisele looked taut and toned as she stands to the side, using her arm to protect her modesty.

The mother-of-two is seen with her hair loose and wavy and her make-up simple, so as to not detract from her lithe figure.

Another frame of the shoot shows Gisele wearing a black mesh jumpsuit, which once again provides little coverage in the cleavage area.

With her hair in big bouncy curls, Gisele finishes off her outfit with a pair of zip-embellished ankle boots.

Speaking previously about how she stays in shape and maintains her world-famous figure, Gisele said: ‘Like I tell my five sisters, who don’t work at it very hard at all, whatever you put in, you get out.

‘I’m not afraid of working hard at anything, whatever it is. I just always want to be the best that I can.’

In order to be the best, Gisele watches her portions carefully, and works up a sweat at martial arts, yoga and Pilates classes on a weekly basis.

She also runs and swims when she can’t make it to an exercise class.

The new issue of Vogue Paris is released in France on October 25th.

Dressed to impress: Gisele looked incredible in a plunging blue dress at the WSJ Innovator of the Year Awards in New York on Wednesday night