She was attending a star-studded event alongside the great and good of the movie world.

But Andrea Riseborough certainly ensured she was the centre of attention as she attended the 2012 Moet British Independent Film Awards on Sunday evening.

The 31-year-old actress wowed as she hit the red carpet at London’s Old Billingsgate venue in a daring plunging black gown. 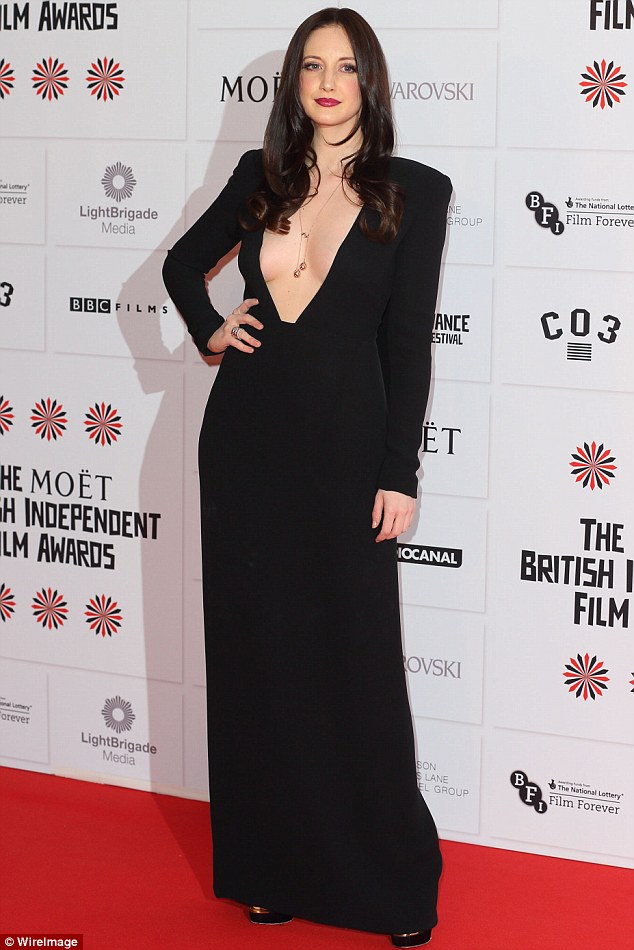 Daring: Andrea Riseborough wowed as she hit the red carpet in a plunging black gown and Fabergé necklace at the 2012 Moet British Independent Film Awards on Sunday evening

Leaving very little to the imagination as she posed up a storm, she made sure all eyes were on her thanks to her attention-grabbing ensemble.

Featuring an eye-poppingly low neckline with little preserving the star’s modesty, the British actress didn’t seem in the least bit self-conscious about her daring choice of outfit.

With her dark brunette locks tumbling in loose waves around her shoulders, Andrea completed her positively showstopping look with a simple gold drop necklace by Fabergé, a slick of rouge lipstick and dramatic lashes.

She has starred in a number of films, including Never Let Me Go and Made In Daganhem – both released in 2010. She is best known for her role as Wallis Simpson in Madonna’s 2011 film W.E. – but was at the awards as a nominee for best actress for this year’s Shadow Dancer. 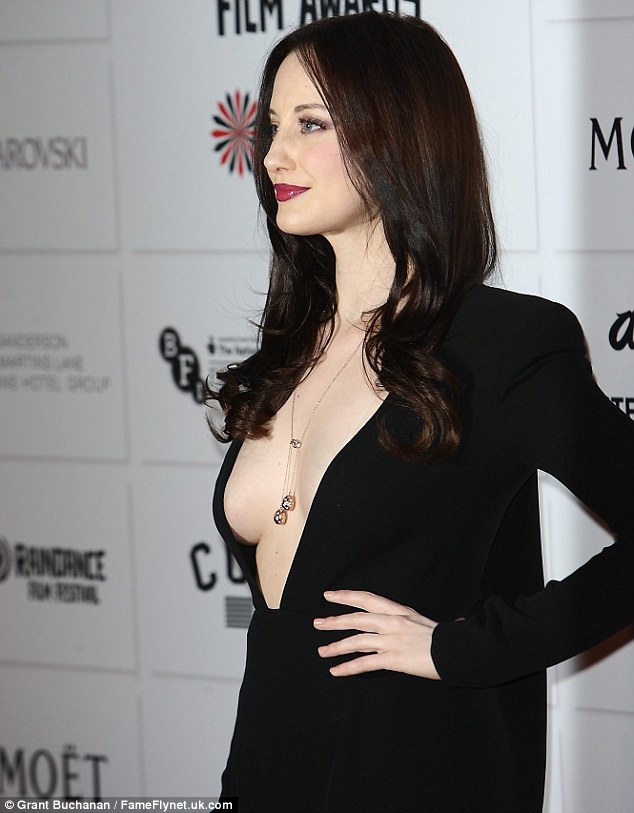 Plunging: The 31-year-old actress left little to the imagination with her racy choice of dress as she posed on the red carpet at London’s Old Billingsgate venue 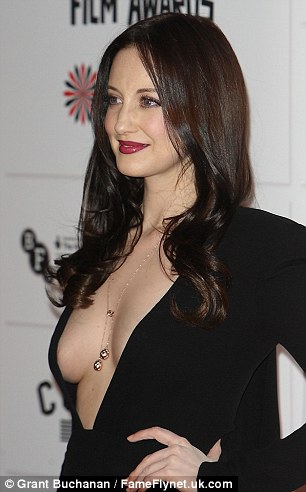 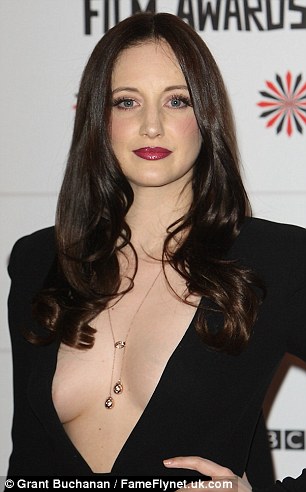 Centre of attention: The Never Let Me Go actress ensured all eyes were most certainly on her thanks to her daring dress 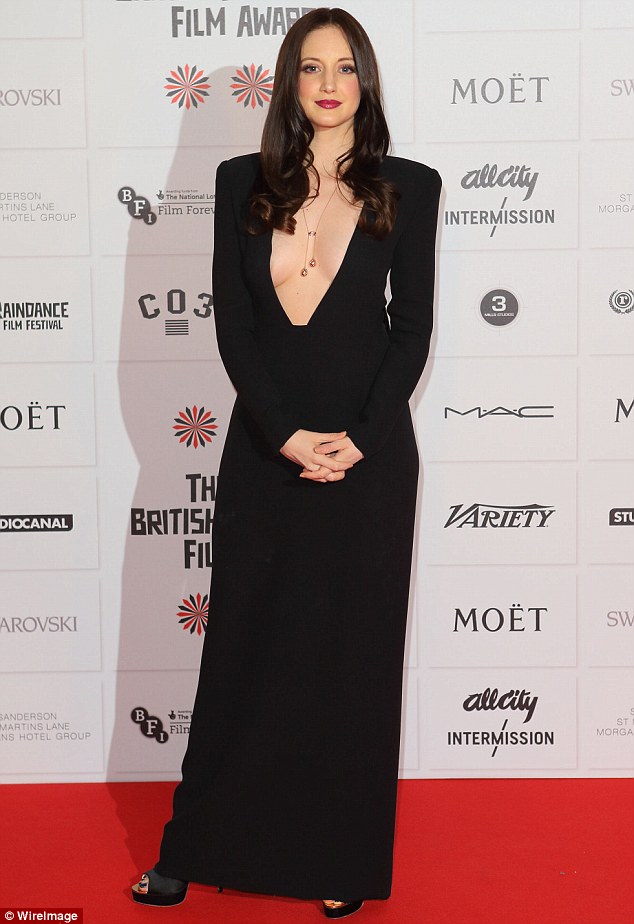 Winner: The actress had every reason to be showing off, given that she had been awarded the Best Actress accolade for her role in Shadow Dancer 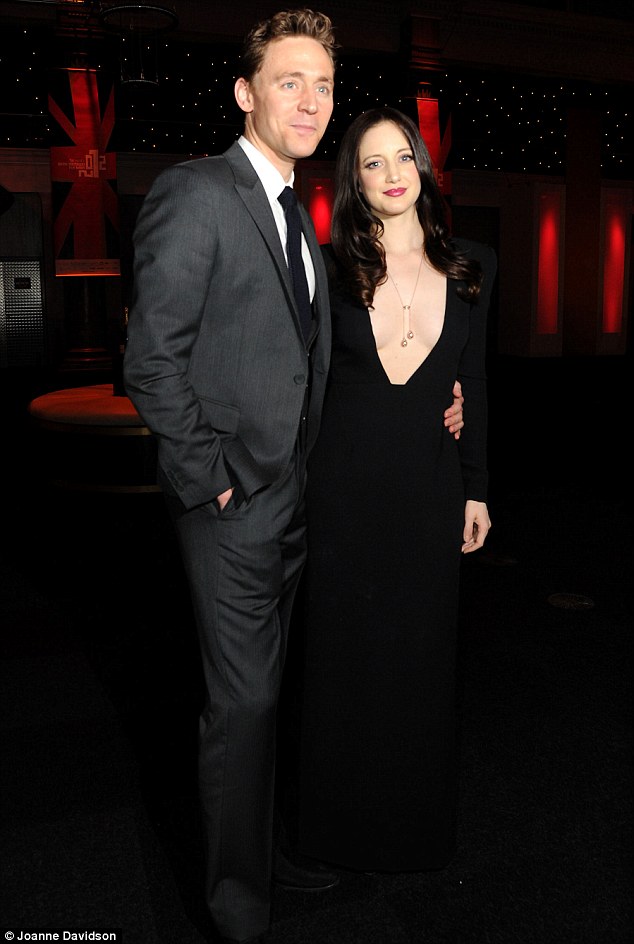 She won the Best Actress accolade – but, thanks to her dress, could have easily taken the award for least supported actress.

Although there was no doubt the actress stole the spotlight when it came to her choice of outfit, she faced competition in the red carpet stakes from the likes of Elle Fanning, Ruth Wilson and Noomi Rapace.

Elle, 14, looked pretty as a picture as she posed in an age-appropriate floral detail dress, with a dramatic puffball design. 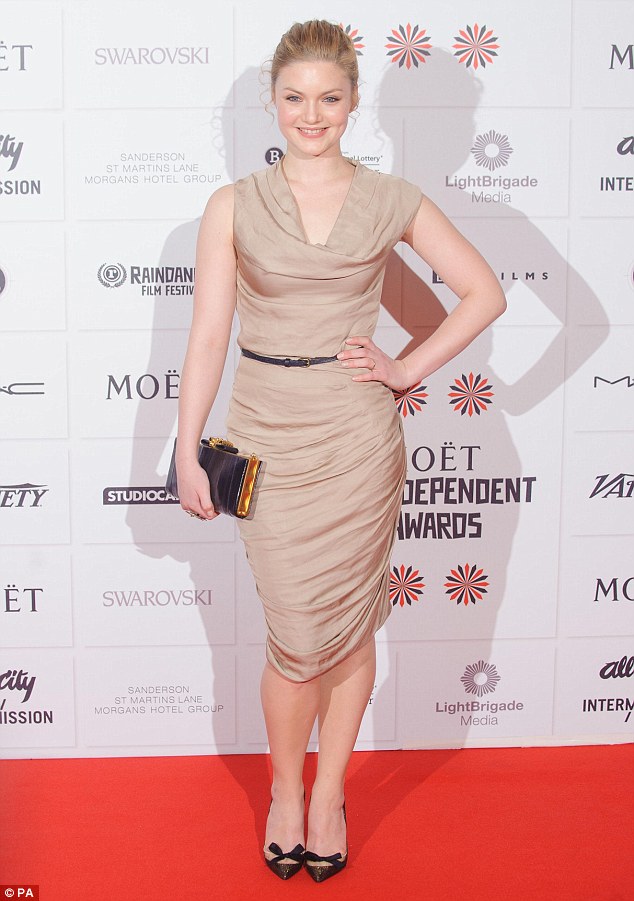 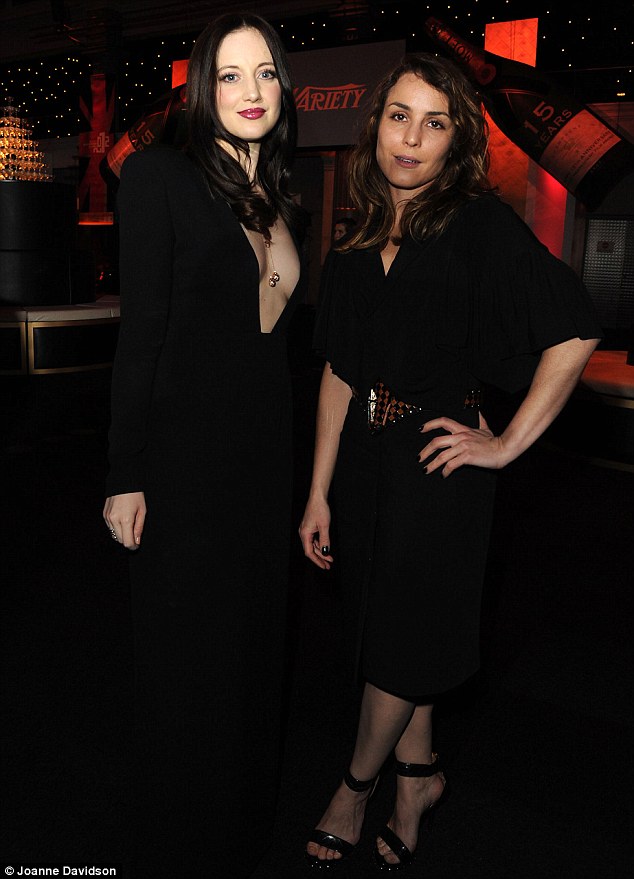