Beyonce lip-synching riddle: New ‘evidence’ emerges that she DID sing live at the Inauguration

Three days on and the backlash over Beyoncé’s national anthem performance at President Obama’s inauguration roars on.

The singer has remained resolutely silent over accusations she lip-synched – while the latest line from the Marine Corps Band, who provided the musical accompaniment, is that it is not in a position to ‘assess’ whether the vocal was live or pre-recorded (even though it has been confirmed the band’s portion of the performance WAS pre-recorded).

But now an independent sound engineer – who had no involvement with the performance in question – has come forward in her defence. 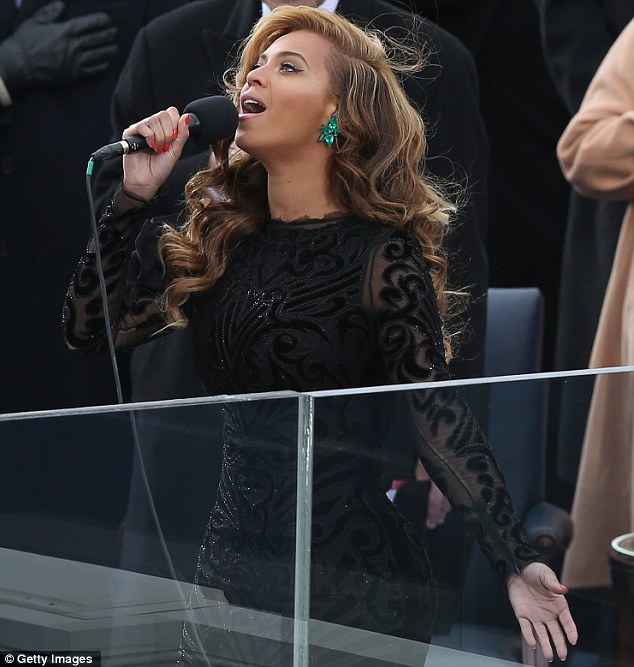 Singing live? Beyoncé has yet to comment on reports she mimed during her performance of the Star Spangled Banner at President Obama’s second inauguration ceremony 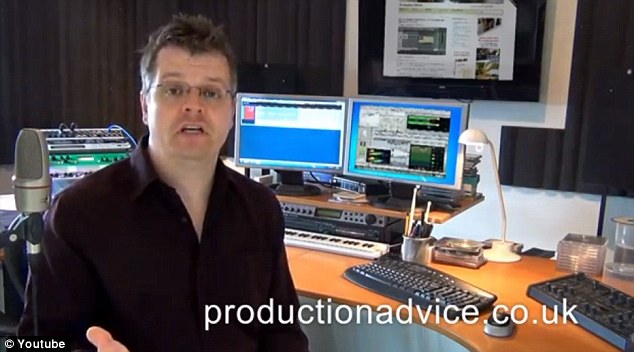 Defence: But British sound engineer Ian Shepherd has take to his website Production Advice to say the singer almost certainly did sing live over a pre-recorded vocal, based on his analysis of various audio feeds

After examining various audio feeds of Beyoncé’s rendition, British-based mastering engineer and producer Ian Shepherd concludes she almost certainly DID sing live – but was singing over a pre-recorded backing vocal.

Mr Shepherd posted a detail examination on his website Production Advice, complete with a new video of the performance in which he argues Beyoncé’s ‘live’ vocal can ‘clearly’ be heard over the backing track, noting variations in sound and volume at various points.

Mr Shepherd – whose has worked with the likes of The Royal Philharmonic Orchestra and opera singer Leslie Garret – also notes Beyoncé’s live microphone must have been switched on – because wind noise and her scarf flapping is heard (at 0.36secs).

Other evidence the technician puts forward includes that the singer’s voice starts off more quietly before getting louder – which wouldn’t happen if only a pre-recorded vocal was being heard.

In the new video, Mr Shepherd says that both audio feeds can be heard – the live vocal and the backing vocal.

‘There are several different versions of the video available, all with slightly different sound,’ he writes in his post.

Explaining why there are two voices audible on some versions and not on others, he explains: ‘It is standard practise at an event like this for all the audio to be made available to broadcasters, so that each of them can do their own mix – their own blend of presenters, music and ambient crowd noise.’

He concludes: ‘We have no way of knowing exactly why Beyoncé chose to use the recorded backing, or if she really wanted us to hear her live performance. But we did – and it was great.

‘Her performance was every bit as good as the “safety” pre-record – in fact it was so close that it’s hard to tell them apart. 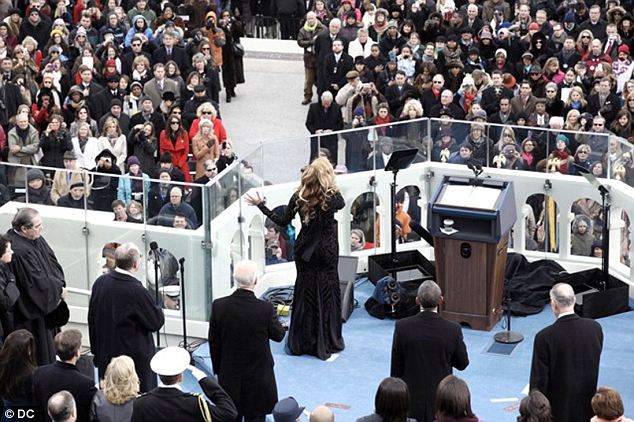 Riddle: Officials stated that the singer decided to use the version of the National Anthem that she pre-recorded with the Marine Corps Band in the days prior to the Inauguration, but later backtracked 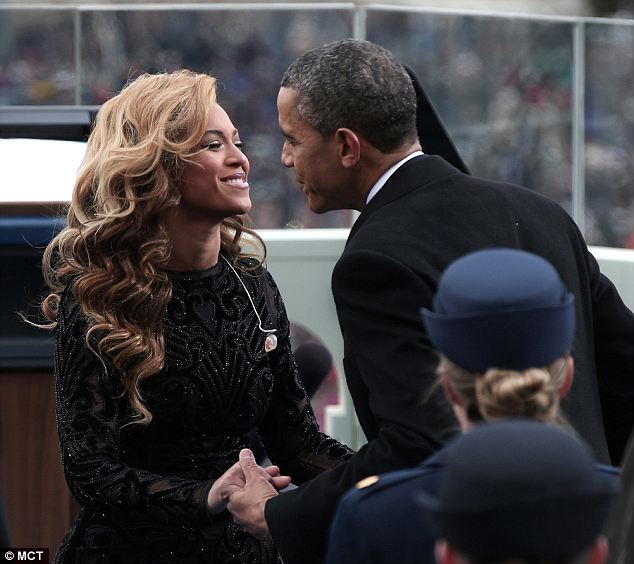 Nerves: The singer is a strong supporter of President Obama and has performed at a number of events for him in the past, most notably she sang the First Couple’s first dance at the 2009 inauguration

‘Whether she wanted it or not, the live mic sound was made available and used in many, if not all of the broadcasts.’

The lip-synching controversy began when a spokesman for the Marine Corps Band said on Tuesday that Beyoncé did not sing in real time, instead opting for a pre-recorded track of the song.

Hours later, a Marine spokesman backed off the claim and insisted he didn’t know one way or the other: ‘No one in the Marine Band is in a position to assess whether it was live or pre-recorded’.

Earlier on Tuesday Master Sgt. Kristin duBois said the band was notified at the last minute that Beyoncé would use a pre-recorded voice track.

But later Marine Corps spokesman Capt. Gregory Wolf said that because there was no opportunity for Beyoncé to rehearse with the Marine Band, it was determined that a live performance by the band was ill advised.

Instead they used a pre-recorded track for the band’s portion of the song.

‘Regarding Ms. Knowles-Carter’s vocal performance,’ Wolf’s statement continued, ‘no one in the Marine Band is in a position to assess whether it was live or pre-recorded.’