SHOCKING: Boy, 14, conspires with his male police officer lover and gang to slash his own father’s throat

A 14-year-old Mississippi boy, his male police officer lover and two other men have been arrested in a twisted plot to murder the teen’s father, bury the body in a shallow grave and destroy the evidence, authorities and family members say.

Blake Thompson allegedly lured his father Kenneth Thompson, 53, into a trap in Pike County, Mississippi, with the help of Greg Fortenberry, 26, and LeJerrious Perkins, 17, on Sunday. When Mr Thompson arrived, the three suspects slashed his throat, killing him, according the Mississippi Bureau of Investigation.

Blake, a teenage runaway, then enlisted the help of 25-year-old Jasper Pittman, a police officer in Brookhaven, Mississippi, to bury his father’s body in a shallow grave and burn his pickup truck, police said. 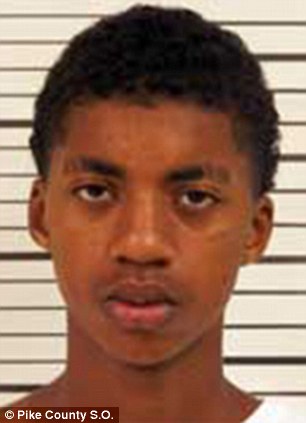 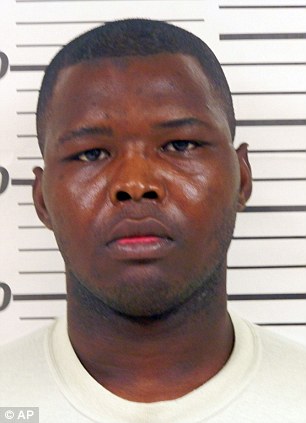 Arrested: Blake Thompson, 14, (left) allegedly conspired to kill his own father and enlisted the help of police officer Jasper Pittman, 25, (right). Family members say teenage Blake and Pittman were ‘in a relationship’

This is the home in McComb, Mississippi, where Blake, Pittman and two other alleged accomplices were living

Family members told the Jackson Clarion-Ledger that Blake was ‘in a relationship’ with Pittman and had been staying at his house. Police charged Pittman with sexual battery and allege he sexually penetrated the boy.

Mr Thompson, who worked full-time at the local Wal-Mart distribution center, had been fighting to keep his son Blake out of trouble since the death of Mr Thompson’s wife five years ago, Blake’s aunt, Lillian Mallard, told the Clarion-Ledger.

Thompson, who also had three other children, worked hard for his family, Ms Mallard said.

‘I have nothing bad to say about him. The father was a good man. He was always kind, good-hearted,’ she told the newspaper.

‘He was keeping his grandchildren every day. A really good guy. He maintained the house, maintained everything.’ 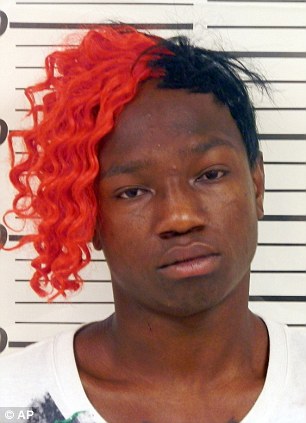 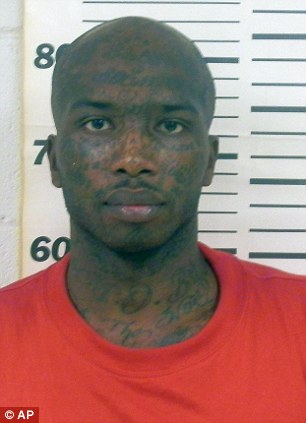 About Blake, she added: ‘His daddy was trying to keep him out of trouble.’

Blake had run away from home days before and was staying at Pittman’s home, along with Fortenberry and Perkins, authorities say.

Mr Thompson looked frantically for the teen, but could not find him. Finally, he got a phone call from one of Blake’s co-conspirators telling him where he could pick up his son.

One of Mr Thompson’s family members saw Blake and two others driving around the Wal-Mart parking lot on Sunday and called police.

The truck was later found in a remote area, burned and discarded on property belonging to one of Pittman’s relatives.

The Brookhaven Police Department said Pittman had been a police officer for only two weeks and was fired after his arrest. He worked as an officer in nearby McComb for 11 months before that.