China fines Samsung, LG, and other for LCD price fixing, following US and EU fines 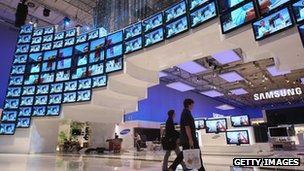 Samsung, LG and four Taiwanese firms have been fined £35m by Chinese trade regulators for fixing the prices of LCD screens.

China’s National Development and Reform Commission (NDRC) said the six firms met regularly from 2001 to 2006 to decide what to charge for displays.

The Chinese fines are the latest levied by governments around the world over the price fixing deal.

The price fixing ring came to light as a result of a US Justice Department investigation and has led other governments and trade bodies to punish the six firms. In 2010 the European Commission fined the six firms 649m euros (£527m) for operating the cartel.

Despite making the payments the six firms, which includes Taiwanese firms Chimei Innolux, AU Optronics, Chunghwa Picture Tubes and HannStar Display, deny responsibility for the claims made against them.

The NDRC fine involves the firms repaying all the profits they made in China as a result of price fixing (208m yuan, £21m) as well as an additional penalty payment of 144m yuan (£14m).

“The enterprises involved in the price monopoly acts have harmed the legitimate rights and interests of the domestic color TV enterprises and consumers,” said the NDRC in a statement.