The parents of a 4-year-old boy from Arizona are facing child abuse charges after police say the mother scolded him with boiling water and then failed to seek medical attention for nearly two weeks.

Court documents say the toddler from Mesa suffered severe burns on his back, arm, shoulder and leg when his mother, 28-year-old Joscilin Smith, allegedly threw a pot of boiling water at his father, Aaron Roland, during an argument. Some of the water splashed on the boy.

Officers acting on a tip found the child with second-degree burns to 8 per cent of his body hidden in a closet during a welfare check Friday. 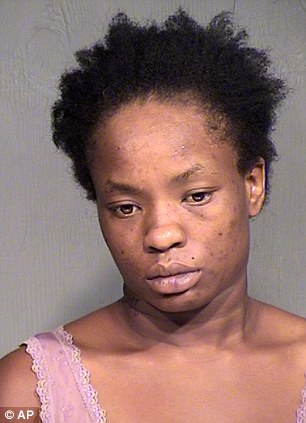 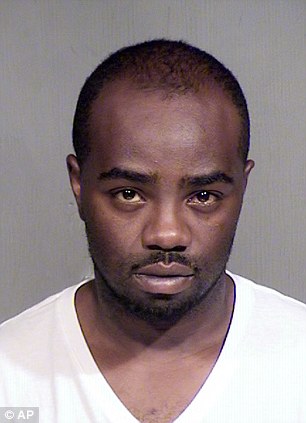 Bad parenting: Joscilin Smith, 28, of Mesa, Arizona, is accused of throwing boiling water on her 4-year-old son during an argument with his father, Aaron roland, and then failing to seek medical help for the boy

The couple, who have seven children between ages one and 10, told police they didn’t take the child to the hospital because they were afraid they would be suspected of child abuse and lose their kids, AZ Central reported. 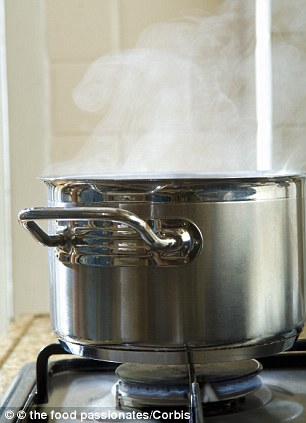 Heated argument: After initially claiming that the pot of boiling water was knocked over by accident, the parents later admitted to police that Smith hurled it at Roland during a fight

According to police, the victim’s siblings reported a history of verbal and physical abuse.

The injured toddler’s maternal grandmother told police that she was on the phone with Smith July 27 when the 28-year-old mother of seven hurled a pot of boiling water at her husband during a fight.

Roland immediately sought medical treatment for burns to his back and buttock, but the couple allegedly decided not to take their son to a hospital.

Last Friday, police officers responded to the couple’s home in the 7300 block of East Naranja Avenue after getting a request for a welfare check from Child Protective Services.

Sammie-Jo Olson, who lives across the street from Smith and Roland, said that she had heard about the incident and called CPS three times, asking to check up on the boy.

At first, Smith and Roland told officers that their 4-year-old son was staying with relatives.

When police discovered the burned child tucked away in a bedroom closet, both parents claimed that the pot was accidentally knocked over.

During questioning, however, the mother and father admitted to inadvertently injuring their son during an altercation and blamed the other for failing to get medical attention for him.

In the course of the 13 days the toddler had remained at the house, his parents reportedly treated his severe injuries with ointments and bandages, but the burns did not heal properly. 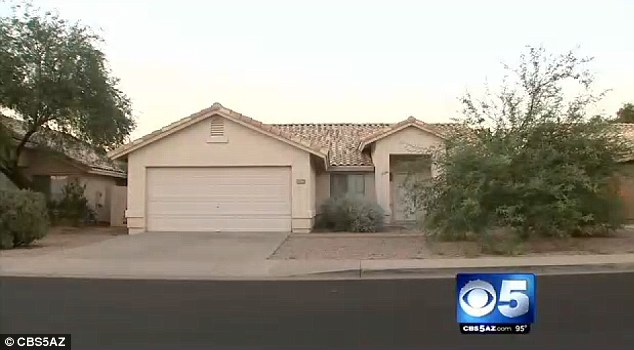 Inhumane: Smith and Roland, who have seven children, tried to treat their son’s injuries with ointments and bandages, and then tucked him away in a bedroom closet when police arrived

The 4-year-old has since been taken to Maricopa Medical Center Burn Unit, where he may now require a surgery.

‘Had that child received medical attention the same time that the father did – very likely not looking at as serious a condition as he is in now,’ Mesa Police Sgt. Tony Landato told the station KPHO.

The parents have reportedly had several run-ins with child services in Arizona and Wisconsin over the years. Their six children have been placed in the custody of CPS.