Disgusting discovery: Woman finds a ‘brain’ in a packet of tomato sauce (PHOTO) 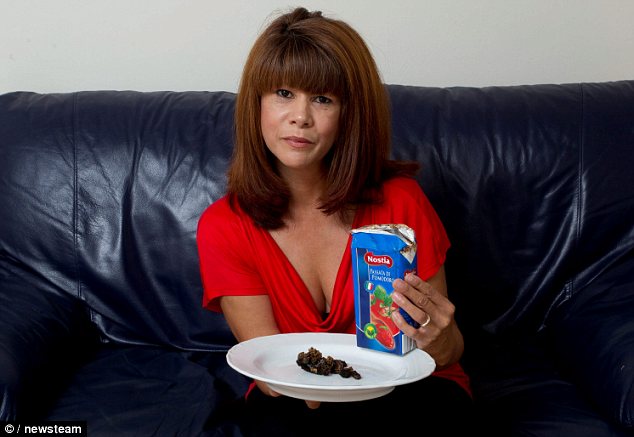 A mother-of-three told of her disgust after finding a ‘brain’ in a packet of Lidl passata sauce this week.

Horrified Julleen Marter, 47, made the gruesome discovery as she prepared a family meal of chilli con carne.

She was shocked when she poured the passata into a pan last Thursday and noticed chunks of grey matter floating in the sauce.

After cutting the carton open, Julleen discovered a strange round ‘brain-like’ object at the bottom which measured about 10cm in diameter. 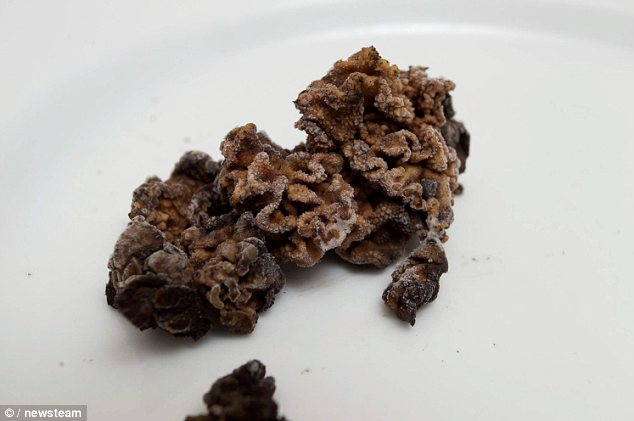 Astonishingly, Julleen, from Worcester, claims a Lidl’s customer service worker laughed at her when she rang up to complain.

Julleen said: ‘After pouring the tomato passata in, I noticed the consistency was not as it should be.
‘I also noticed the normally bright red sauce was turning a really horrible black colour.

‘I realised that there was something in the bottom of the carton so proceeded to cut it open with scissors and to my horror discovered something which I can only describe as strange.

‘I am not sure if it was animal or plant but it looks like a brain-type material.

‘It’s like something out of a horror movie. I was so disgusted I almost threw up.

‘At the moment it is frozen because that is what environmental health told me to do.

‘I’m waiting for them to come back to me to take it away and have it tested.

‘I rang Lidl and the advisor just giggled and said it was probably just a tomato.

‘I have examined the object and it certainly isn’t a tomato. It’s spongy and looks like a small brain.

‘She asked me to send them an email and a photograph of the object which I did but I have not heard back at all.

‘I don’t think I will be going back there again. I think I shall be staying away for a while.

‘I just need to put my mind at rest as I am concerned a whole batch may have been contaminated.

‘I don’t want compensation, I just feel that this has now become a public health issue.’

Lidl said the company was investigating the incident with its supplier.

A spokesman said: ‘It’s categorically wrong that there was laughing from the Lidl employee. It’s a matter we take very seriously. The substance is currently with the Environmental Health Office, but our initial thoughts are that it’s something tomato-based. However, we will wait until the conclusion of the investigation.’

A spokesman for Worcestershire Regulatory Services – the umbrella body for Environmental Health and Trading Standards – said people should report any similar issues to them.

He said: ‘If anyone has any concerns over any foreign bodies in food, contact regulatory services and we can investigate.

‘We would also advise people to keep as much information as possible including the item itself, the packaging and any receipts – it will all help.’