The Nigerian football star, Obafemi Martins tattooed his 11 month old son’s face on his arm and shared a photo of it a while ago. 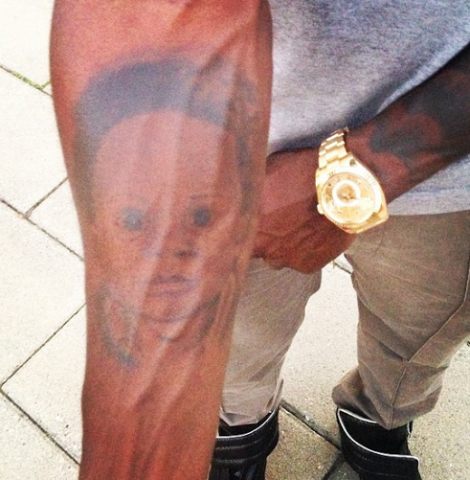 Kendrick is the son he shares with Abigail Barwuah – his off and on boo.

What a proud dad.