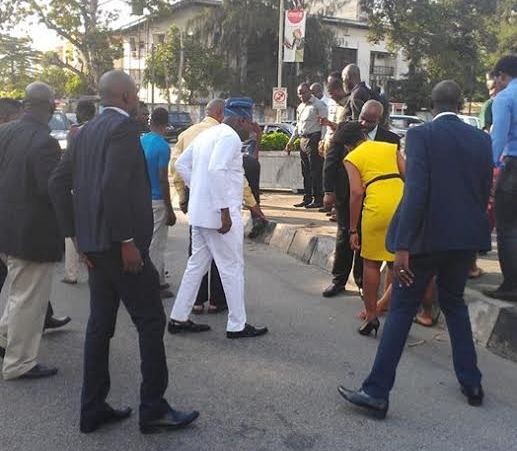 The Governor with a heart of Gold!
The Lagos State Governor, Akinwunmi Ambode, on Monday morning stopped his vehicle on Osborne Road, Ikoyi, while on his way to the office in order to assist in the rescue of the victim of an accident he witnessed.
According to reports, the victim, Miss Angela Anukam, was driving alone in a wine-coloured Toyota Corolla at about 8.15am, when she lost control and rammed into the median of the road before the vehicle somersaulted.
The lady was said to be in a state of shock and could barely move.
The governor instructed the ambulance attached to his convoy to take her to the Lagos Island General Hospital for treatment.
After being treated for minor injuries, she was discharged free of charge on the order of the governor. 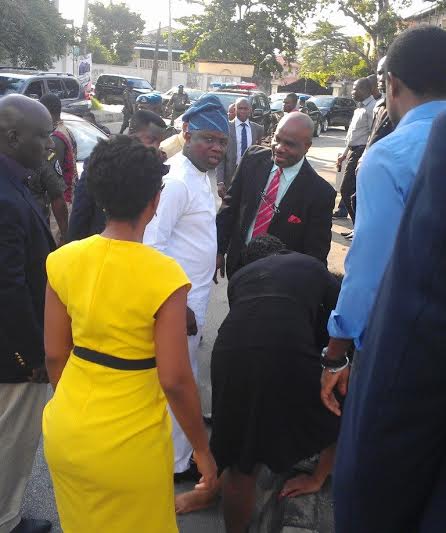