He’s so cute: Supermodel Cindy Crawford steps out with her 13-year-old son (SNAPSHOT)

Her daughter has her incredible good looks and it seems that Cindy Crawford’s son Presley has also  inherited her model genes too.

The supermodel and her 13-year-old son were seen out and about in Malibu on Thursday and the family resemblance was quite clear.

Aside from his bright blonde hair, Presley displayed Cindy’s great cheekbones as well as a similar nose and mouth. 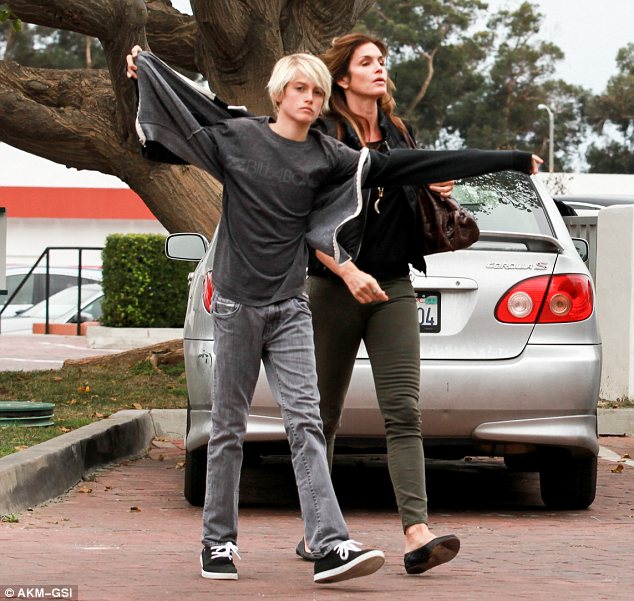 He’s got her good looks too! Cindy Crawford was seen with her son Presley in Malibu on Thurday. The 13-year-old is the spitting image of his mother 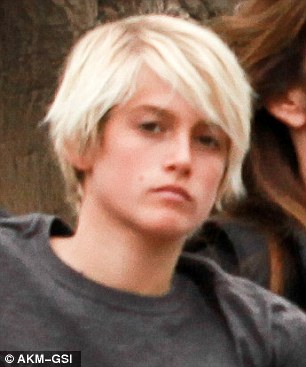 Model in the making: As well as inheriting Cindy’s model looks, Presley is also willowy like his father

There’s little doubt that should the teen want to make a career out of modelling he would have no problems, except perhaps opposition from his mother.

Cindy put the breaks on her daughter Kaia’s modelling career until she is older.

Last year she said: ‘At this point, she’s too young to pursue a career.

‘There aren’t even a handful of jobs for a 10-year-old girl.

The young beauty, who is now 11, made her editorial debut for Young Versace last year.

Cindy had Presley and Kaia with husband Rande Gerber, whom she married in 1998.

Cindy herself quit modelling back in 2000, before making a return to the industry on the cover of Vogue Mexico in 2011.

And speaking recently about the current biggest issues in the modelling world, Cindy said: ‘You know, I don’t know. I’m not still in the trenches right now. But if you make too many rules – like, “You can’t work this many hours” – it doesn’t work, because sometimes you have to.

‘Sometimes you have to get up early or be prepared to do the job in the freezing cold.

‘I think that, again though, models have to have a voice and speak up for themselves, every day, on the job… People have to respect each other. And if you’re working with someone who doesn’t respect you, then leave.’ 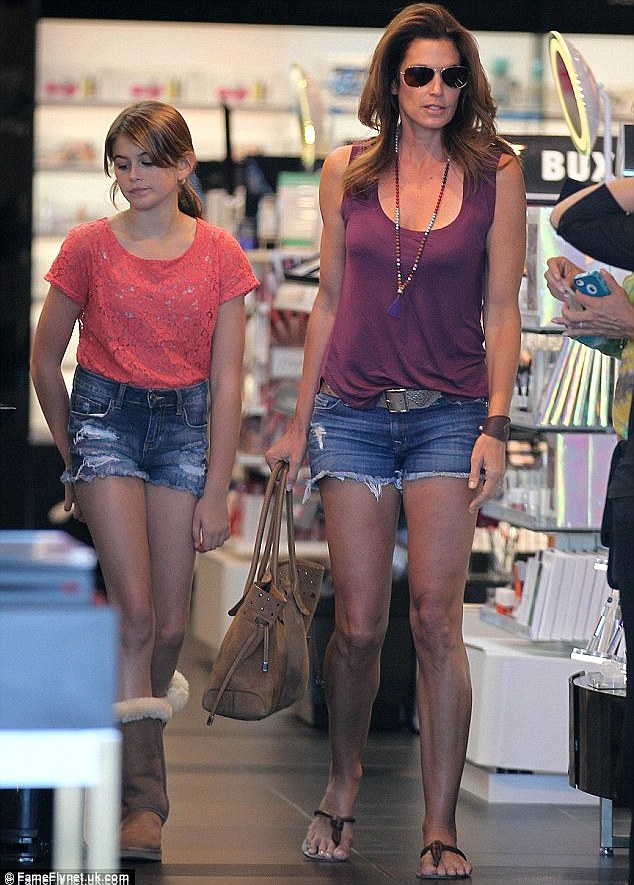 It runs in the family: Cindy’s daughter Kaia has also dabbled in modelling, although her mother has said she wants her to wait until she’s older before pursuing it as a full-time career 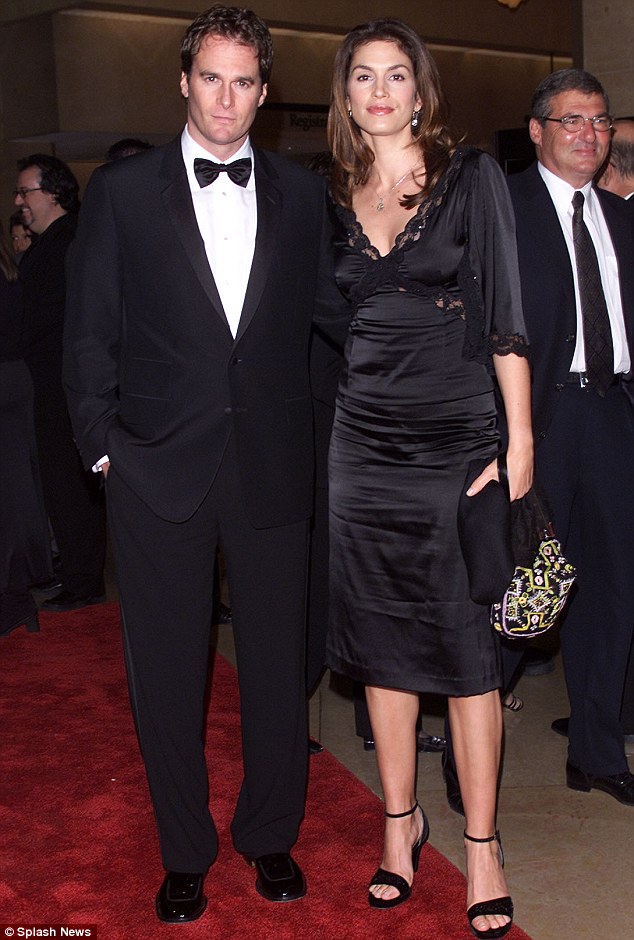 Still as in love as ever: Cindy and her husband Randy Gerber have been married since 1998- Daily Mail UK