A Chinese woman has been arrested after forcing her boyfriend to kneel in the street and repeatedly slapping him around the face.

The man was accused of cheating on the woman after bringing another girl back to his flat in Hong Kong.

After his girlfriend took him out to the street and began berating him, a crowd of onlookers gathered and started filming the scene, which has since been posted on YouTube. 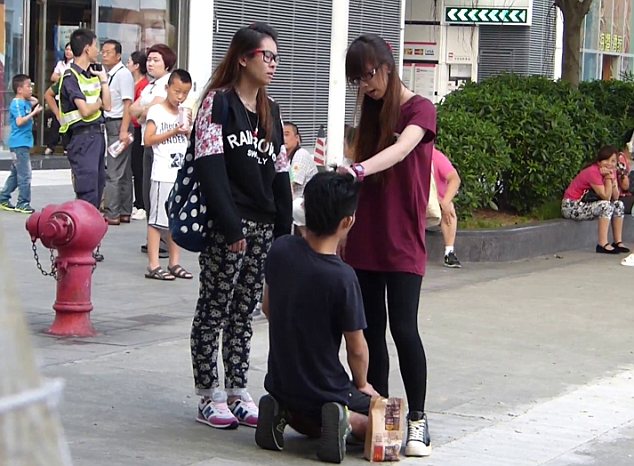 Harsh: A woman from Hong Kong was filmed slapping her boyfriend as he kneeled in the street in front of her 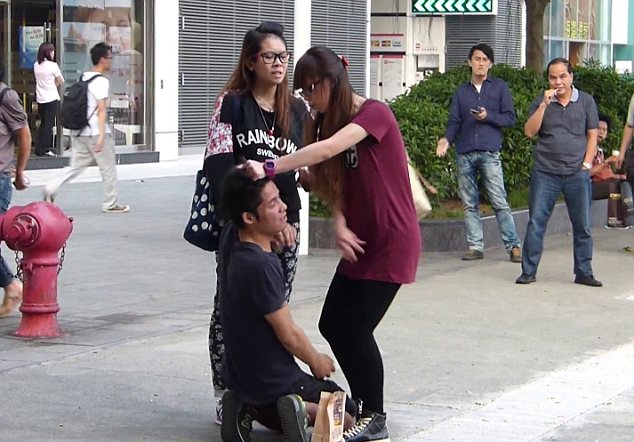 Pain: The man, named Chui, begged his girlfriend Cheng to stop hitting him as onlookers stood nearby

The 20-year-old woman, named Cheng, was later arrested on suspicion of common assault, while the victim, 23-year-old Chui, was taken to hospital.

The alleged assault happened last Friday in the Kowloon City area of Hong Kong, after Chui took a girl to his flat despite the fact he was going out with Cheng.

She made him kneel on the pavement in full view of passers-by, and accused him of going behind her back by inviting in the other girl – who was standing next to the couple throughout the fight.

However, he insisted he had not asked the girl to come to his flat, saying: ‘Listen to me first before beating me.’ 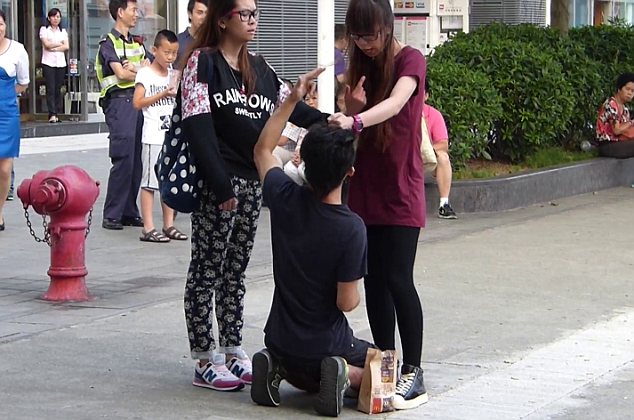 Desperate: Chui implored Cheng to stop, claiming that he had not meant to invite another girl (pictured left) up to his flat

Cheng then started slapping Chui across the face as he screamed, ‘You’re slandering me!’, and urged the other girl to corroborate his story.

The scene was filmed by an onlooker, who commented at one point: ‘At least break up with her if you’re not fighting back.’

As other bystanders started to intervene in the altercation, Cheng shouted, ‘None of your business!’

Most witnesses took Chui’s side, with one woman telling him: ‘Stand up, ditch this ugly girl, you deserve better.’ 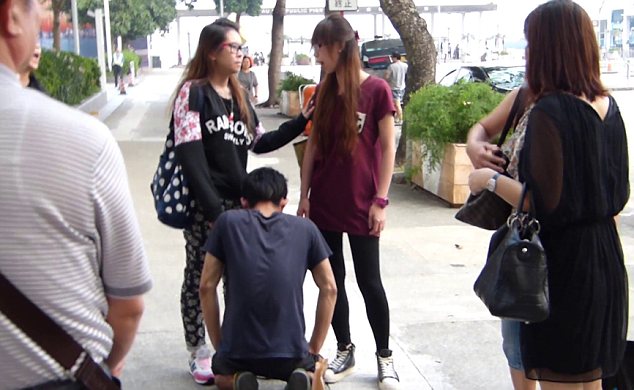 Argument: The other girl and bystanders tried to persuade Cheng to stop hitting her boyfriend 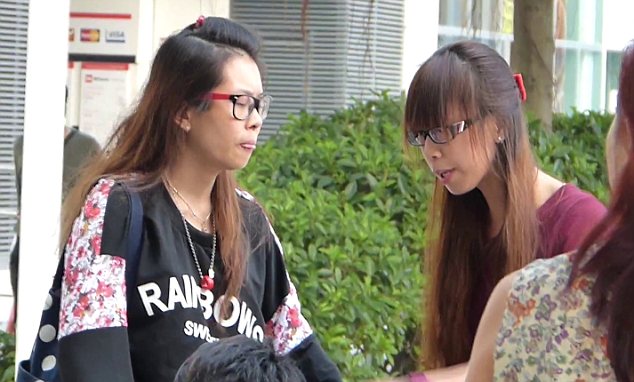 Viral: Video of the incident has attracted more than 700,000 views on YouTube

One passer-by called the police, leading to Cheng’s arrest.

‘Police who arrived at the scene arrested a female, aged 20 and surnamed Cheng, for common assault. A victim, aged 23 and surnamed Chui, was taken to Queen Elizabeth Hospital for treatment.’

After video of the incident was posted online, it attracted more than 700,000 hits in less than three days.