Indian villagers beat a leopard and hanged it from a tree after the beast savaged three people in the state of Assam.

These photos were taken yesterday in the village of Choriyakhola Bisiondoi in the Golokgunj area, which is rife with the ferocious animals.

The leopard entered the house of Haren Roy and attacked him and two other family members. 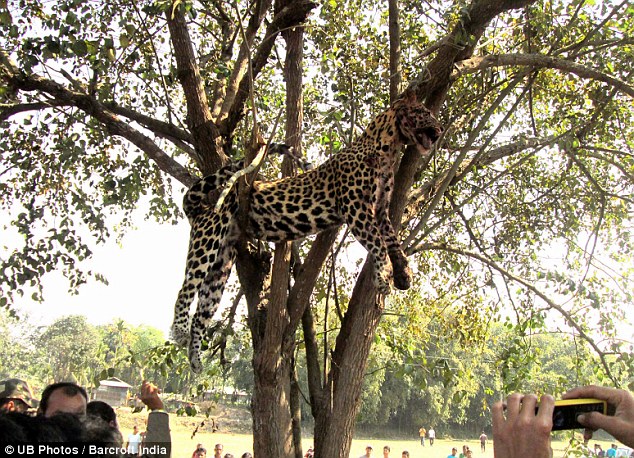 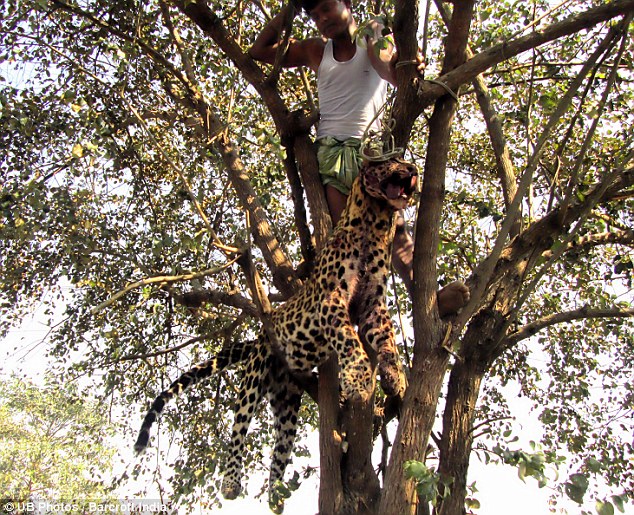 Leopard attacks on humans are on the rise in the tea-growing area, and villagers are starting to seek revenge

The villagers ran to Mr Roy’s house as family members raised the alarm. The leopard escaped but was chased and later killed by the mob, according to the Business Standard of India.

Mr Roy, Gopal Roy and Jatan Roy were admitted to Dhubri Civil Hospital, where they are said to be in a critical condition. One man, believed to be Mr Roy, suffered serious facial injuries.

The villagers claimed that they had informed the forest department but its personnel took too long to get to the site and they had no other choice but to kill the leopard to prevent further attacks by the animal.

Assam has seen a rise in animal attacks on people over the past few years, and the people who once revered the animals have started to kill them out of anger and fear.

There are no official statistics on the death of leopards at the hands of human beings, but unofficial reports put the figure at around 70 between 2005 and 2011, according to The Indian Express.

The highest number of leopards killed was in 2008, with Aaranyak, a leading wildlife NGO putting the toll that year at 29. In 2011, seven leopards were killed in Dibrugarh alone. 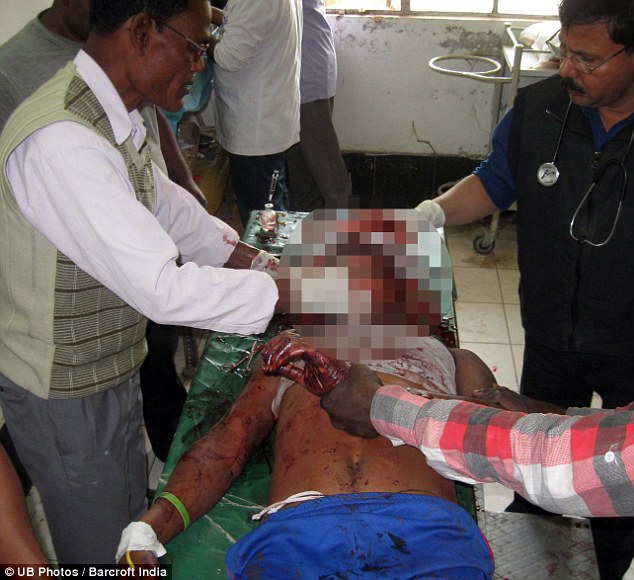 One of the victims of the leopard suffered serious facial injuries. He was in his home at the time of the attack

In March at least eight people were injured when two leopards in Kamrup attacked them in a field. Villagers killed one and the other escaped.

‘Leopards are indeed under severe threat across the state. Increasing conflict between people and wild animals, more particularly leopards, has become a major problem, especially with a section of the people violently retaliating, causing injury and even death to the animals,’ said SP Singh, state chief conservator of forests (wildlife).

In 2012 the department mounted a media campaign to generate awareness against killing or causing harm to leopards.

The authorities have asked people to immediately inform the forest department when they see a wild animal outside a sanctuary or national park instead of trying to attack it.