She hit headlines earlier this year when she unveiled her curvier figure after gaining 30lbs.

But now Lady Gaga has shed her extra weight, and showed off her new look as she stripped to a bikini while on holiday in Mexico earlier this week.

The 27-year-old singer displayed her toned figure in a floral two-piece while soaking up the sunshine with her friends. 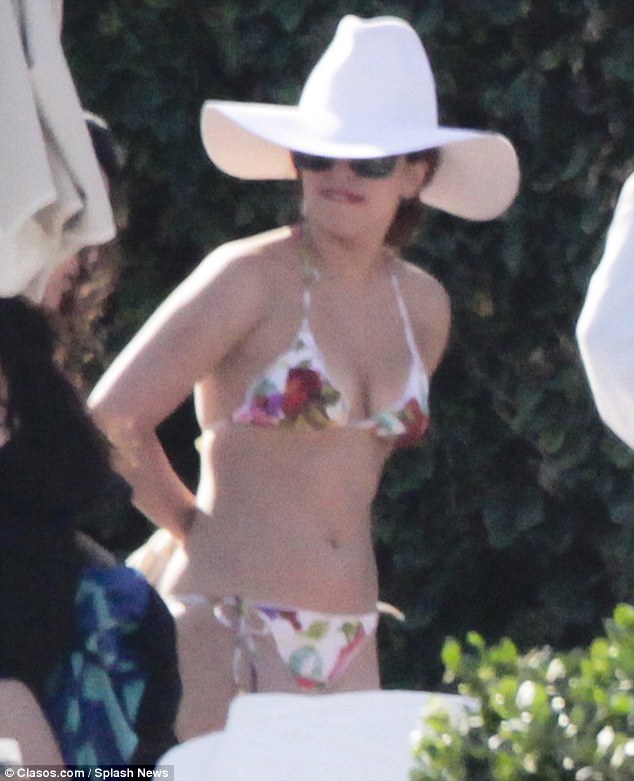 Back to her best: Lady Gaga showed off her slim bikini body on holiday in Mexico earlier this week after losing the 30lbs she gained last year Flirty in florals: Gaga chose an eye-catching colourful bikini for her day of relaxing

Looking back to her confident best, Gaga smiled widely as she was photographed.

Clearly conscious of the strong sun, Gaga teamed the bikini with a wide-brimmed white hat and sunglasses to protect her pale complexion.

Later, Gaga was seen wearing a pair of wide-legged cream trousers over the bikini as she made her way back to her hotel. 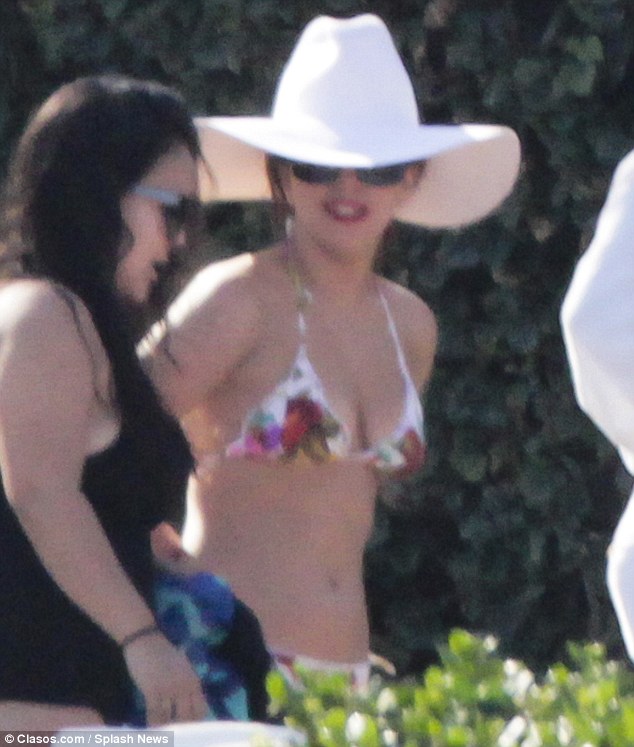 Hat’s off to her! Gaga teamed the bikini with a wide-brimmed white hat to protect her pale complexion from the sun’s rays 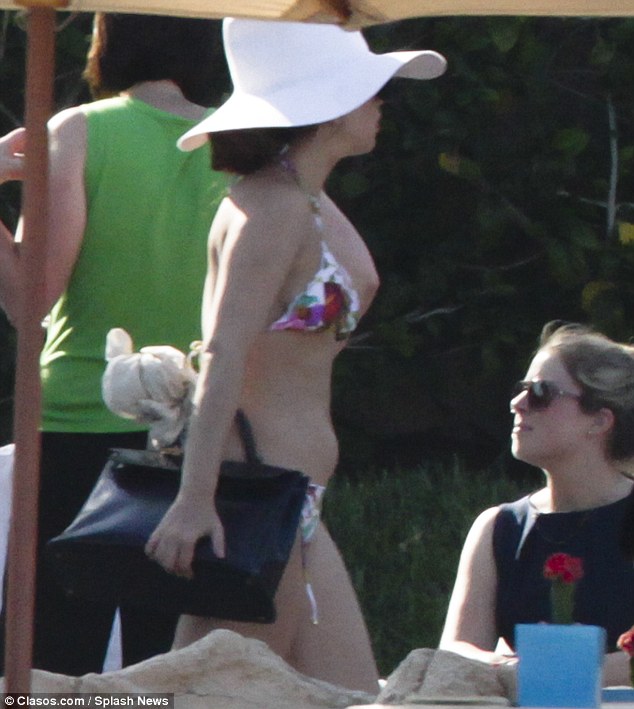 Accessory queen: Gaga toted a large black bag as she headed down to the beach

Slimming down: Gaga’s holiday body is in sharp contrast to the curvier look she sported on stage in Amsterdam last September 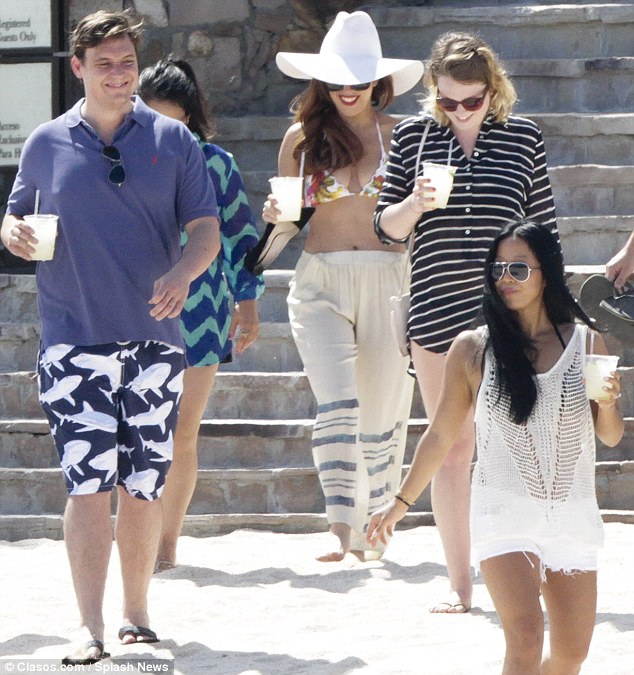 Sunshine break: Gaga looked back to her confident best as she enjoyed the holiday with her friends

The singer’s footwear choice could have been slightly more sensible, however, as the singer was seen wearing a pair of black heeled court shoes, which she them removed to walk along the sands.

The heels were even more inappropriate considering Gaga’s recent operation on her hip back in February for a labral tear.

She was forced to cancel her Born This Way Ball tour and doctors told her to take six months off.

She revealed on Twitter that she dealt with chronic pain for several months prior to seeking medical help, but chose to ignore its effects rather than disappoint her fans. 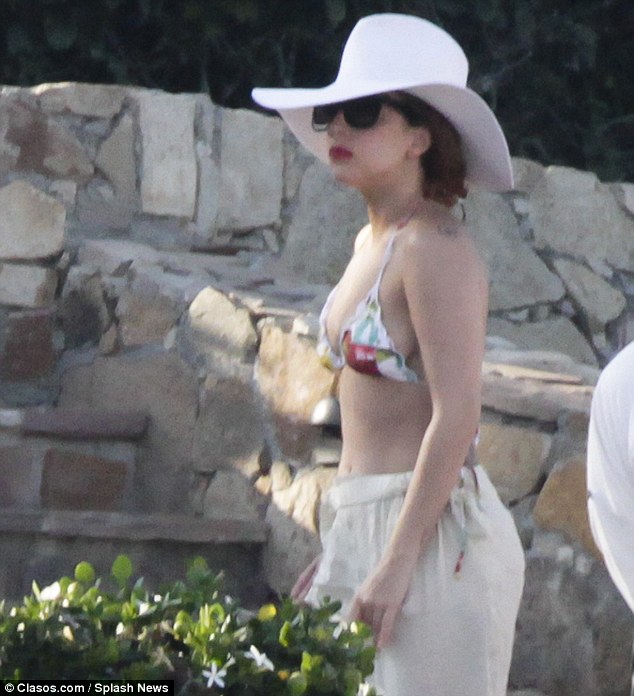 Flawless: Ever camera ready, Gaga teamed her bikini with a slick of bright red lipstick 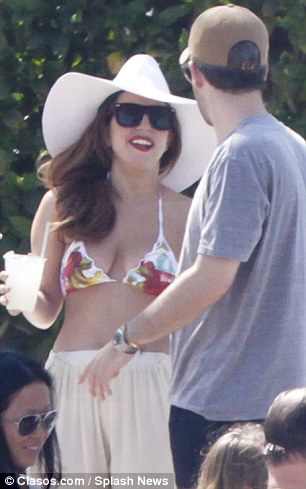 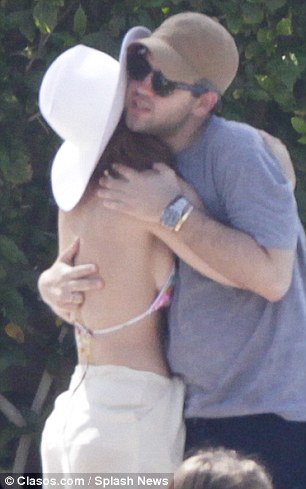 Enjoying time with friends: Gaga looked in great spirits on the holiday as she chatted to a male friend 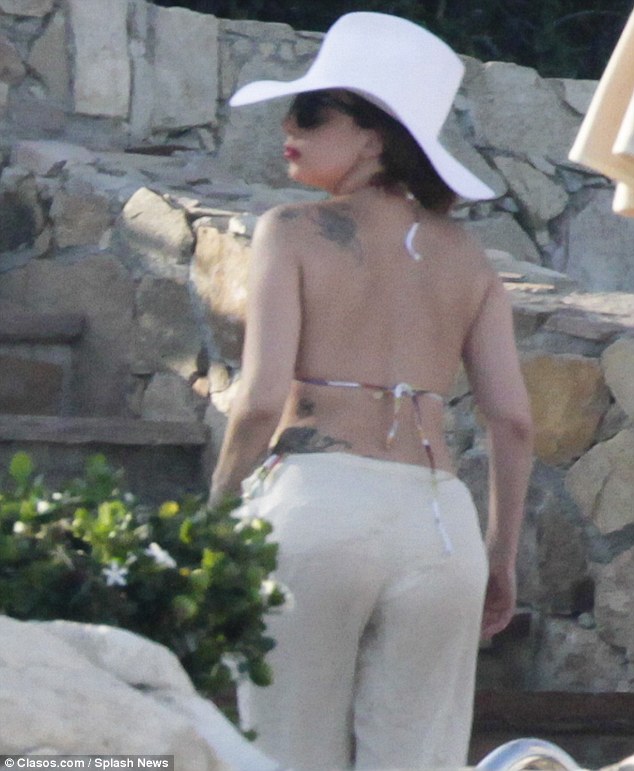 Covering up: Gaga was later seen wearing a pair of cream trousers over her bikini

Gaga’s impressive bikini body comes after some unflattering pictures of her on stage in Amsterdam last September led to the singer revealing she had gained 30lbs.

Following the shots, Gaga admitted in an interview that she had put on weight, telling Stylist magazine: ‘I don’t really care if people think I’m fat, because, quite honestly, I did gain about 30 pounds.’ 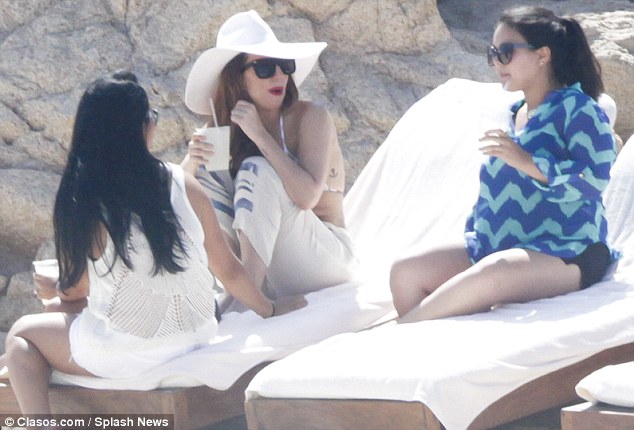 Chilling out: Gaga clutched an iced drink as she relaxed on sunloungers with her pals 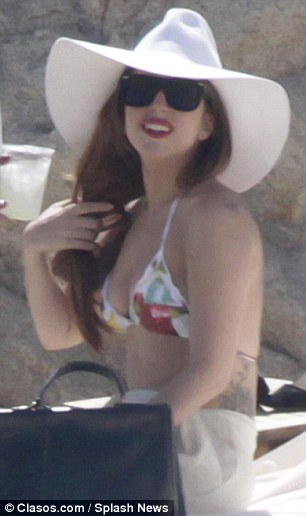 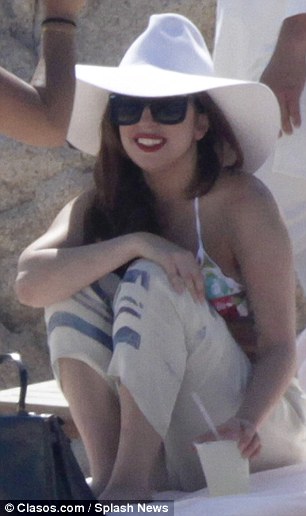 Smiles all round: Gaga appeared to be thoroughly enjoying the holiday as she beamed for the cameras 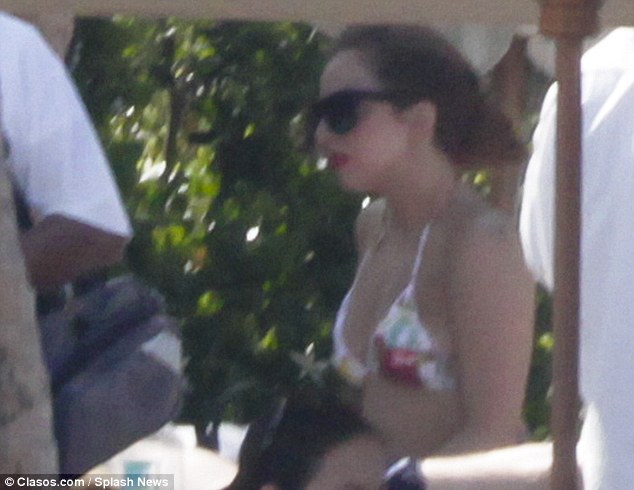 She told radio host Elvis Duran: ‘I love eating pasta and pizza. I’m a New York Italian girl. That’s why I have been staying out of New York. My father opened a restaurant. It’s so amazing.

‘It’s so freaking delicious, but I’m telling you I gain five pounds every time I go in there. So my dad wants me to eat at the restaurant, and I’m, like, I’ve got to go where I can drink green juice.’

Gaga added: ‘I really don’t feel bad about it, not even for a second. I have to be on such a strict diet constantly. It’s hard because it’s a quite vigorous show, so I tend to bulk up, get muscular, and I really don’t like that. So I’m trying to find a new balance.’ 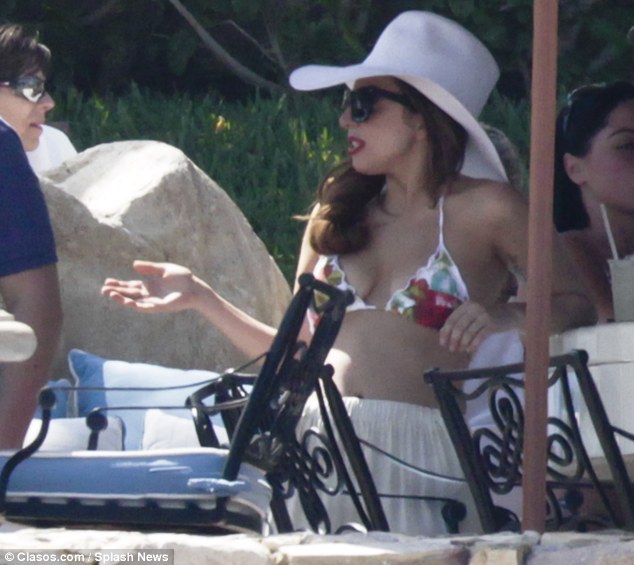 Centre of attention: Gaga took centre stage as she conversed with her fiends 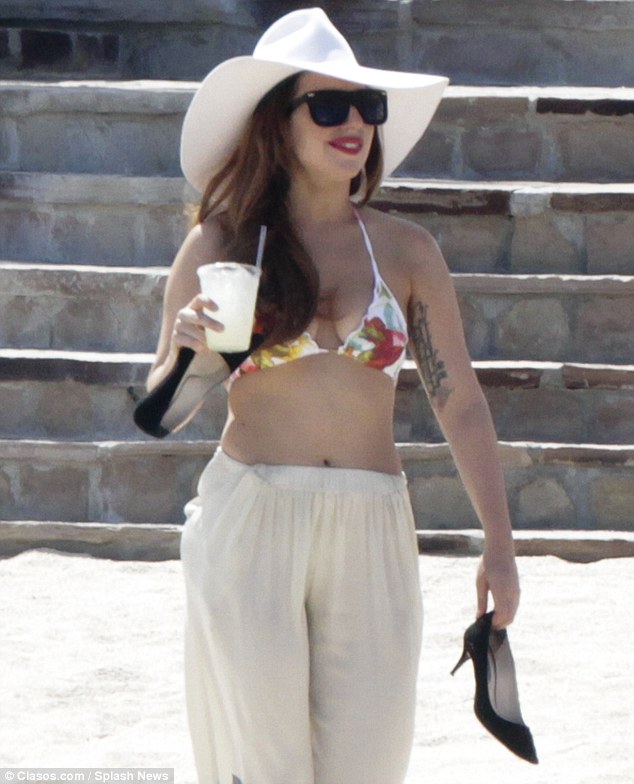 Summer style: Gaga looked every inch the off-duty pop star in her ensemble

Not the best idea! Gaga decided to take off her heels as she made her way onto the sand