A woman in Georgia is marketing her services in the breast way possible — by giving massages with her size 48NN breasts.

And, yes, bra sizes do go that large.

Love’s clients can get both normal and “sensual” massages, but her stack-in-trade is something called the “happy man works” where she rubs her gigantic bosoms over various parts of her client’s body for $300 an hour.

Love claims on her website that the mammary massage is supposed to “keep you focused in the present and give you the opportunity to experience all aspects of your nature not just a part of your persona.”

Love didn’t intend to put her boobs front and center when she started out in her masseuse career, but her attempts at finding a regular job were a bust. 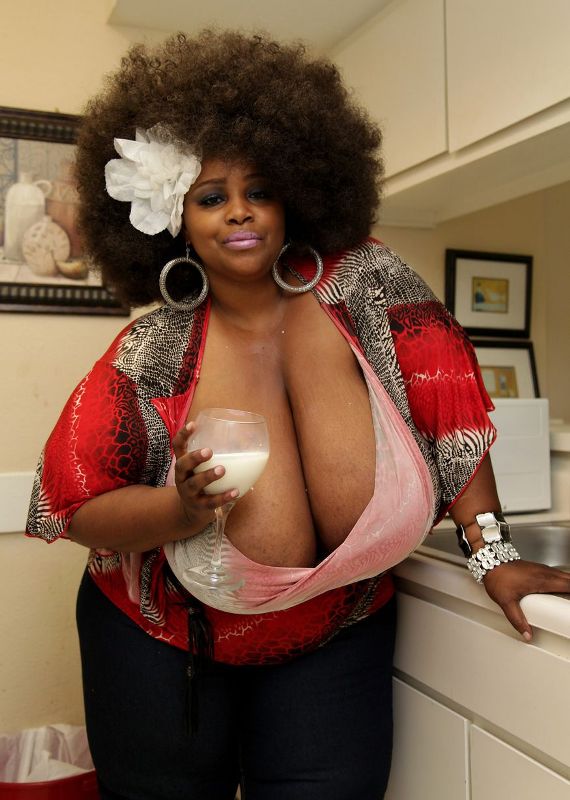 “When I finished beauty school, no one wanted to hire me. I got interviews but I kept getting asked if I’d be able to stand all day,” Love said according to Reveal.co.uk. “People assumed my size would be a disadvantage. They’d never get back in touch.”

Love — whose name is inspired by “Get Christie Love,” an early-1970s crime drama about a sassy cop who told perps “You’re under arrest, sugar!” — decided to give massages out of her home and when one customer asked her if she could go topless, a 42NN lightbulb went on in her head.

“At first, I was indignant and said I didn’t give those kinds of massages. I was ashamed of my body because I was so big,” she said, according to the Daily Mirror. “But when I realised there might be something in breast massages I put an advert in the local newspaper and the phone began ringing off the hook.”

Love makes as much as $1300 a day doing the massages, and has worked out various techniques to using her breasts in different ways, such as body gliding, where she covers herself in oil and slides over the customer.

Some customers just want to be squashed, a technique that Love says is not without risks.

“I have to keep an eye out when I’m squashing someone,” she said, according to the Mirror. “I look at their feet and their fingers to make sure there is still movement there and they’re still breathing.”

But Love’s chesty antics are rubbing other masseuses the wrong way.

“Kristy provides more of a sexual favor than massage, and it is considered inappropriate and illegal activity,” Rozzen told The Huffington Post by email. “In massage school we are not taught to do what Kristy performs. It’s more of a sexual act and it gives those professional massage therapists, whom actually give proper massages with their hands, a bad reputation.”