She was looking for someone who has The X Factor to take through to the live finals of the ITV talent show.

But clearly all Nicole Scherzinger needed to do was look in the mirror.

The 35-year-old singer showed off her incredible bikini body in a patterned two-piece as she soaked up the sun in Antigua during her judges’ houses segment on the show. 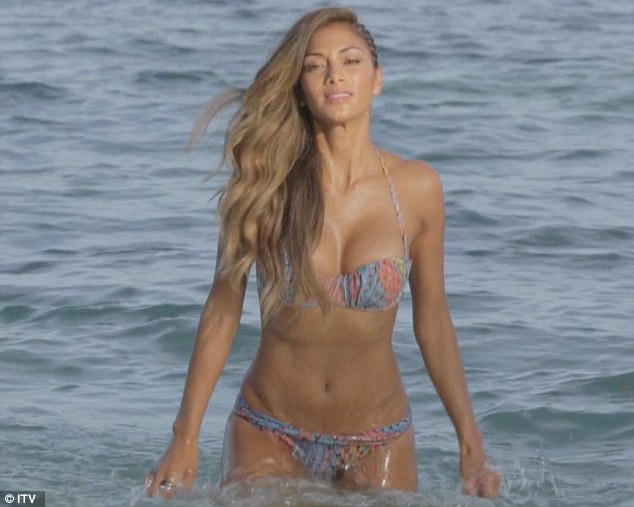 She’s got the seXy Factor! Nicole Scherzinger showed off her bikini body in Antigua in scenes shown on The X Factor this weekend

Nicole looked stunning in the halterneck Beachcafe.com bikini, which drew attention to her washboard stomach and perky cleavage, as she put Bond girls around the world to shame by emerging sexily from the sea.

The former Pussycat Dolls star wore her long brunette hair down and to the side, with a plaited detail on one side of her head adding to her holiday look.

But of course, showing off her bikini body wasn’t the most difficult part of Nicole’s time in Antigua, as she was also given the difficult decision of reducing six hopeful acts down to just three. 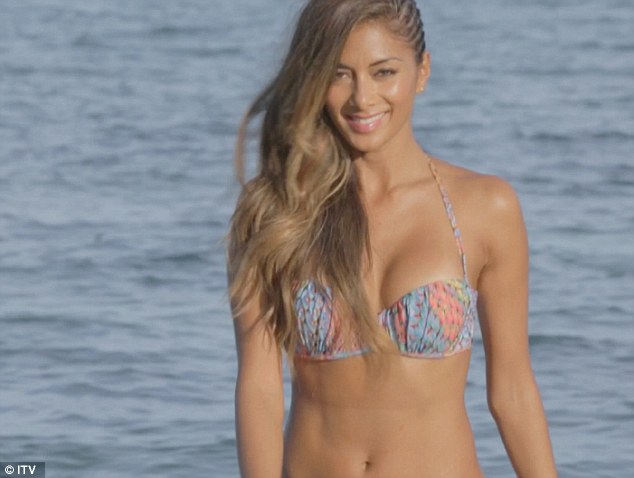 Beach babe: Nicole smiled widely at the camera as she was filmed emerging from the water