Nine persons have been rescued after multiple accidents occurred on Friday at Palm Grove Bus Stop along Ikorodu road.

In the same vein , at the opposite side of the road just immediately after the first incident, a truck carrying a 20ft Container moving outwards Onipanu suddenly fell on two vehicles -a Lexus GX470 Jeep with registration number AGL 414 CU (Lagos), conveying a family of five, and a Skoda car with registration BDG 482AT (Lagos).It was equally observed that a motorcycle(Okada) was also affected in the incident as it was also damaged.

Fortunately all the occupants of the vehicles affected were immediately rescued alive from wreckage by the LRU team and other emergency responders at the incident scene.

No loss of lives nor injuries was sustained. However, the General Manager said proper investigation would be conducted to ascertain the cause of the accident. 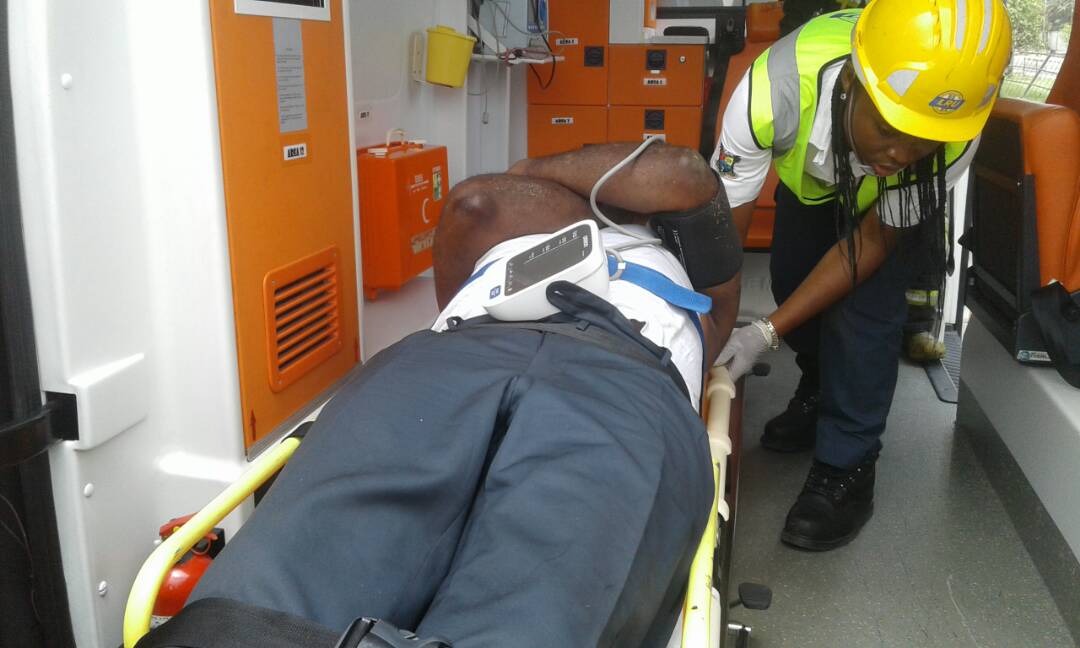