Notice me: Solange steps out of Beyoncé’s shadow, shows off cleavage in plunging dress (LOOK)

With a big sister like Beyoncé taking all the  limelight, aspiring chart topper Solange has to do something to get  noticed.

The performer made sure her cleavage was on  show as she attended The Great Gatsby film screening hosted by Quintessentially  Lifestyle on Sunday night.

Solange, 26, turned heads as she arrived at  the event, which was held at the Museum of Modern Art, in New York  City. 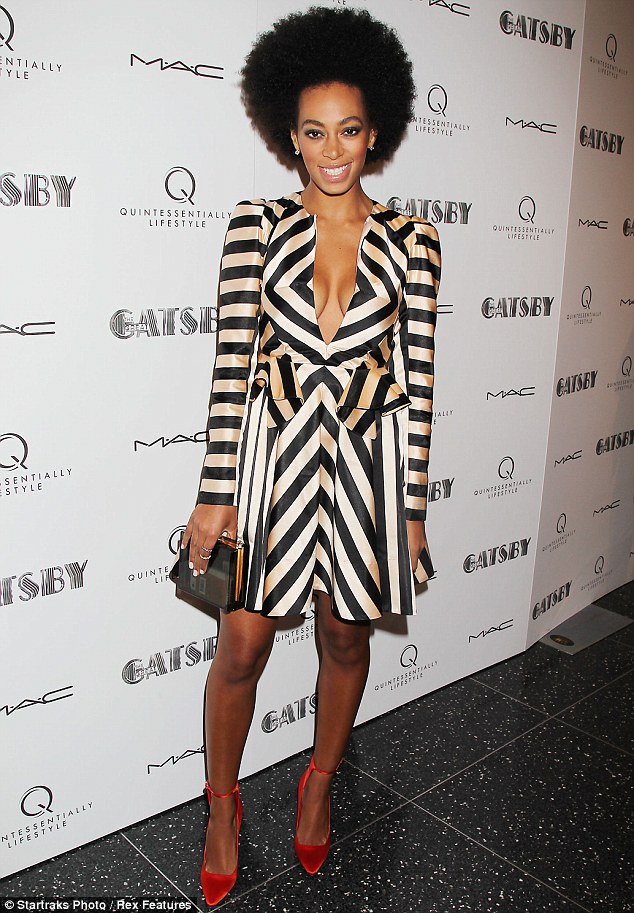 The mother-of-one has not exactly had the  most successful of music careers, but her fashion choice at the screening was a  definite hit.

With her chest on display she wore a very  pale copper and black striped dress that featured bow detail at the  waist.

The collarless dress also had a plunging  neckline that fell to just above her navel. 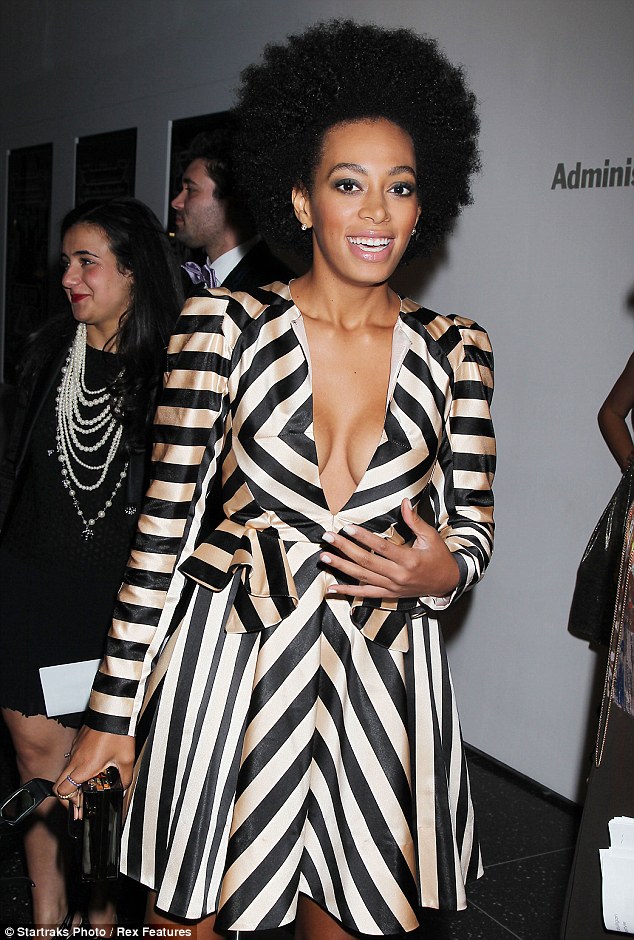 Crossing the line: The singer made sure her cleavage was  on show as she arrived at the MOMA in her striped dress 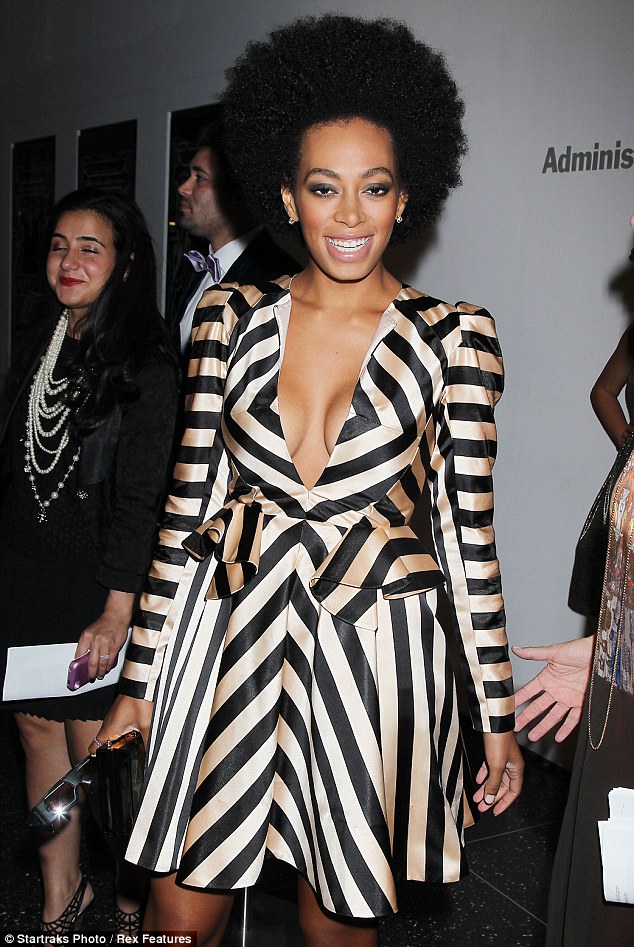 Back to black: The singer has not had a great deal of  success with her music career, but did well with her wardrobe

Solange teamed the short striped frock with a  pair of red heels and a black clutch bag.

The soulful singer has released 11 singles  since 2003, but none of them have ever charted in the top 100 in the  US.

While Solange’s career as a singer is  noticeable by the absence of any hits, one person who will never find fault with  her is Beyoncé. 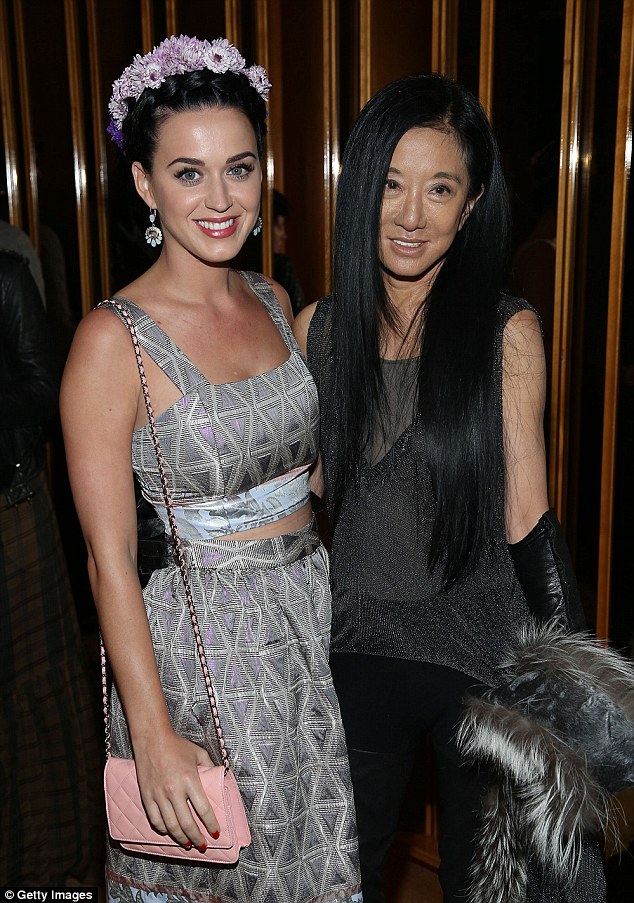 The global superstar, who has scored five  number one singles and four number one albums, recently told more! magazine how  defensive she can get over her little sister.

She told the magazine: ‘I don’t even know  what happens to me. I completely turn into a lunatic.

‘I was taught the importance of being a  sister and my sister looking up to me.’