A single mother in northeast China’s Shenyang city is asking for help from the public for her twin sons, both of whom are seriously obese, and both of whom have autism.

While the elder son Zhang Hangjun weighed 550 pounds with a 300cm waist, his younger brother Zhang Yuanjun weighed 275 pounds. Both aged 22, added to their suffering of cerebral palsy and autism, also have severe learning disability.
The elder brother’s IQ is reportedly equivalent to that of a 1-year-old child. 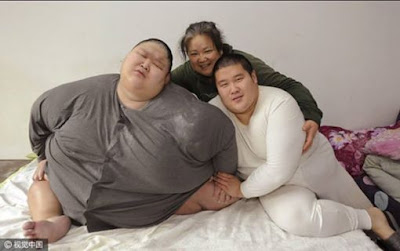 At 22, he has He just learnt how to say the word “mom” in recent years.
Their mother, said the premature birth and obstructed labour in 1994 was the cause of their illnesses.
Yuanjun, the younger son, had the same issues as his brother but milder. While his brother is completely unable to take care of himself on a daily basis, Yuanjun is able to accomplish some preliminary chores.
He is good at playing the piano and singing, and he even held his personal concert with the help of the president of Beijing Wanbo Brain Health Hospital.
Ma said most income was spent on food in her family. The two boys eat a lot more than ordinary people. Now, the single mother is asking the society for help on her loved sons. 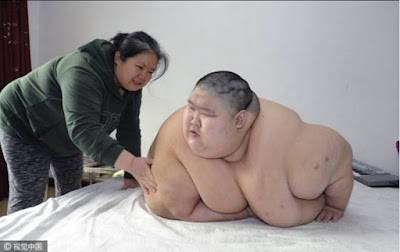 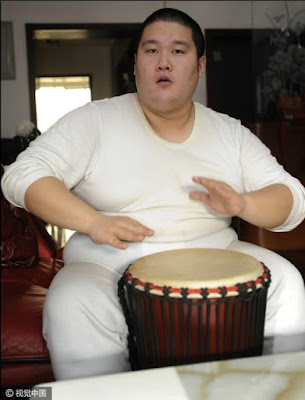 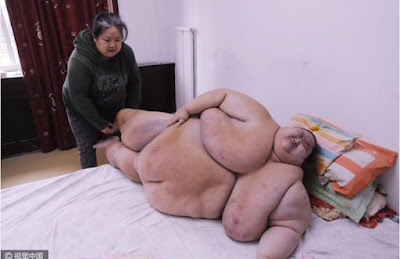