Terrorism: Meet the 8-year-old boy used by the US to plant a chip on his surrogate father (PICTURED)

A shocking new story reveals that the U.S. army inadvertently had an 8-year-old boy turn into a spy and place electronic tracking devices on his surrogate father so that they could spot him and kill him in a scheduled drone attack.

The 8-year-old boy and his biological father have confessed to helping spy on the al Qaeda officer, and now the biological father is believed to have been executed while the fate of the young boy remains unknown.

The thorough story was reported by The Atlantic, who claim that the boy, named Barq al-Kulyabi, helped lead American drones to an al Qaeda operative named Adnan al-Qadhi who had been placed on the U.S. ‘kill list’ due to his role in the Yemeni branch of the terrorist organization. 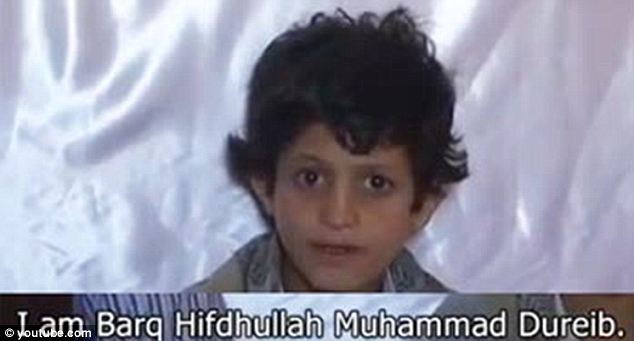 Spy kid: Barq, 8, was recruited by his biological father’s colleagues to place tracking chips in the coat of the man who had taken him in and cared for him, who happened to be an al Qaeda officer

The story of how Barq went from living on the streets of a small village to covertly placing electronic trackers on a man less than two days before he was killed in a drone strike is a heart-breaking one filled with family allegiances and financial struggles.

Barq was sent away by his father and mother who lived in Sanaa to go live with a wealthier distant relative in the smaller town of Bayt al-Ahmar, where al-Qadhi lived.

Barq’s family were not among Yemen’s most unlucky, as both parents were alive and the father was employed by the Yemeni Republican Guard, but their growing family and his small salary was not enough to support him.

The Republican Guard is an elite faction of the country’s military, and they have worked with U.S. forces in the past in order to help locate terrorists.

Unbeknownst to both Barq and his father, Hafizallah al-Kulaybi, in the early fall of 2012, the U.S. had called upon the Republican Guard to help them locate Qadhi. 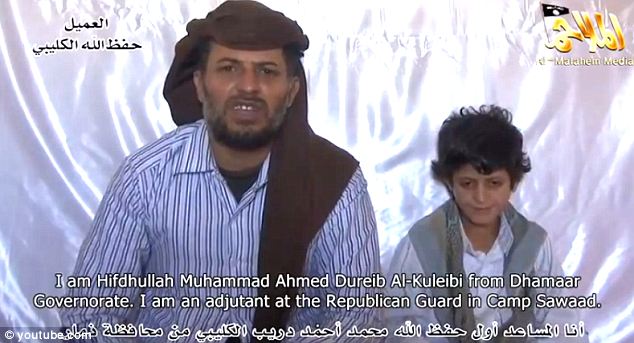 Family ties: Barq’s biological father, Hafizallah al-Kulaybi (left), had sent the boy to live with extended family because he had too little money to feed his five other children, but those relatives rejected Barq (right) and he began living on the street until Adnan al-Qadhi took him in and cared for him

Because of the Kulaybi’s financial situation, Barq was sent away while his five brothers and sisters stayed with his parents in Sanaa.

After months of Barq scavenging for plastic bottles to sell and living off food and shelter where he could get it.

At one point, al-Qadhi took pity on him and brought Barq in his home to live among his own five children. 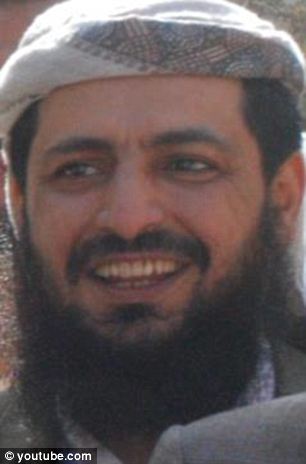 Target: Adnan al-Qadhi (pictured) was on the U.S. ‘kill list’ and Kulyabi’s superiors in the Yemeni Republican Guard- which supports American forces- arranged to have Barq place tracking devices on Qadhi

In addition to giving the young boy food, clothing, and a warm place to sleep, he also paid for his education.

By that time, American officials approached the Republican Guard about finding Qadhi, who they believed to be a top al Qaeda operative who was vaguely connected to a thwarted suicide attack on a U.S. base in Sanaa.

Some members of the Republican Guard knew that Barq’s biological father, Kulaybi, needed money and that Barq was being cared for by al-Qadhi.

In order to make the connection, the Republican Guard offered to give Barq’s family a new house, car and 50,000 Yemeni iyals which converts to about $230.

Kulaybi struck a deal with his higher-ups and drove from Sanaa to Bayt al-Ahmar, which was only a few miles away, to pick up his once-dismissed son.

The Atlantic reported that Barq was thrilled to be reunited with his parents and siblings for a few days, and then his father took him to a meeting with Republican Guard officials on October 25, less than two weeks before the 2012 presidential election.

During the meeting, they taught the boy how to activate the electronic chips and stressed how important it was for the boy not to tell Qadhi about the devices, adding that he needed to plant them on the target a week later.

Barq’s biological father, Kulaybi, then drove his son back to Bayt al-Ahmar and the boy re-established contact with his former surrogate father.

Qadhi took Barq back into his home, and on October 31, the pint-sized spy made his move.

‘I climbed on the table where his coat was and put [a tracking chip] in his pocket,’ Barq recounted later in a confession video. 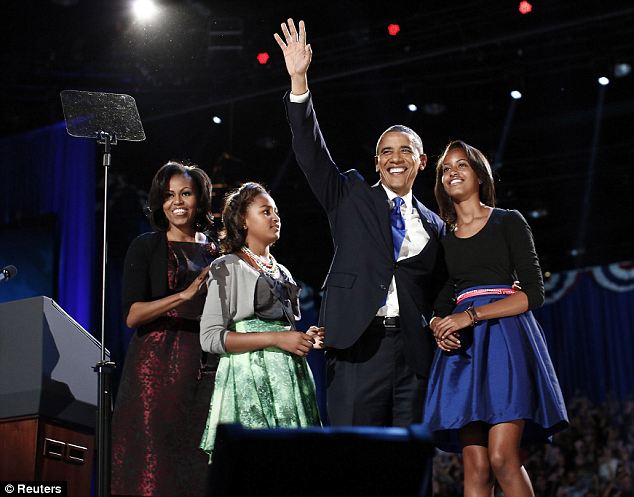 A world away: Just hours after President Obama was re-elected, the drone strike took place that killed Qadhi and another colleague using the tracking data that the chip Barq planted had helped collect

He also put a second chip beneath a cupboard, but he later removed that one because he feared that it was going to be spotted.

The tracking device was planted on the 31st, and a week went by- an important one where Barack Obama was re-elected- before the drone strike was actually ordered. A day after the votes were counted, a drone struck Qadhi and a colleague as they were driving.

White House officials denied the version of events to The Atlantic, taking particular issue with the implication that they recruited an 8-year-old to do their dirty work.

‘The claim that the U.S. government was in any way involved in purportedly using an 8-year-old in this incident is unequivocally wrong,’ a White House spokesman told the magazine.

While the U.S. got their target, al Qaeda eventually got theirs as well, capturing Barq and his father and forcing them to make a confession video where they explain what Republican Guard officers they had spoken to and what their roles in the set up were.

The video was released on the internet, publicly releasing the confession, but they have not addressed the status of Kulaybi or his son.

Local sources told The Atlantic that Kulaybi was undoubtedly executed, though al Qaeda may have spared the 8-year-old because they claimed his innocence was taken advantage of by his father.