The £13 mobile: Nokia unveils cheap handset you only need to charge once a month (LOOK)

If you’re fed up with charging your smartphone every night – not to mention trawling through hundreds of features just to make a call – then you’re in luck.

Nokia has unveiled a simple £13 mobile phone that can last for 35 days on a single charge.

It is aimed at emerging markets where electricity is rare, but could also be sold as a back-up phone. 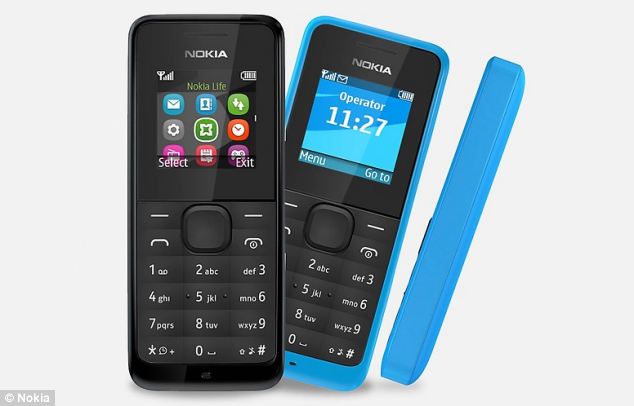 The £13 Nokia 105 mobile phone, which can last for 35 days on a single charge and will cost just £13 when it goes on sale in the coming weeksThe Nokia 105, which is set to go on sale within weeks, has a colour screen, built-in torch and an FM radio.

It’s now the cheapest phone in the Finnish firm’s range, and was hailed as ‘the ultimate festival phone’ at its launch.

A spokesman for Nokia said: ‘The phone was created to offer the essentials – phone calls and SMS – but also some desirable extras.

Nokia’s experience in optimising phone quality, combined with its global footprint and economies of scale, is a major contributor to being able to work to such a low price.’

The firm also used the Mobile World Congress in Barcelona to launch three other low-cost devices, including a £120 smartphone, the Lumia 520.

Experts predict this will be a big year for cheap smartphones, as firms try to attract customers in the developing world. 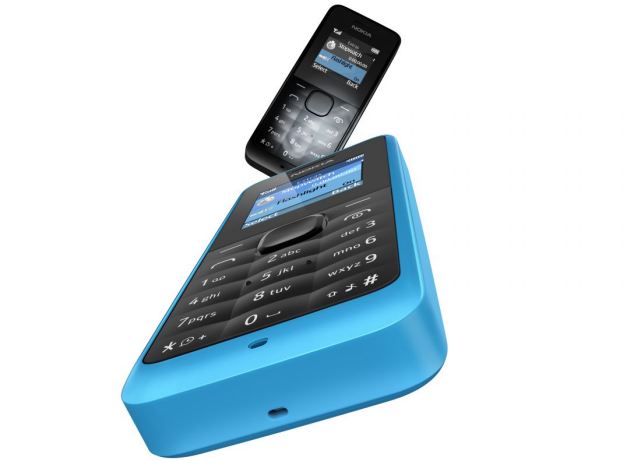 Nokia’s £13 mobile is set go go on sale later this year, and is expected to be aimed at emerging markets as well as being targetted as a ‘backup phone’ in Europe.

The smartphone, which operates with Windows 8, could be perfect for colder countries with its super-sensitive touch-screen technology, meaning it can be used while wearing gloves, the firm said.

But with experts predicting a big year for cheap smartphones as developers try to make inroads into the developing world, the Lumia 520 could be seen in India or Africa more than Scandinavia.

The phone also comes with a 5-megapixel camera and access to the music streaming service Nokia Music.

Those two phones were launched alongside the Lumia 720, which Nokia are pitching at ‘socialites’, and the £56 ‘candybar’-style 301. 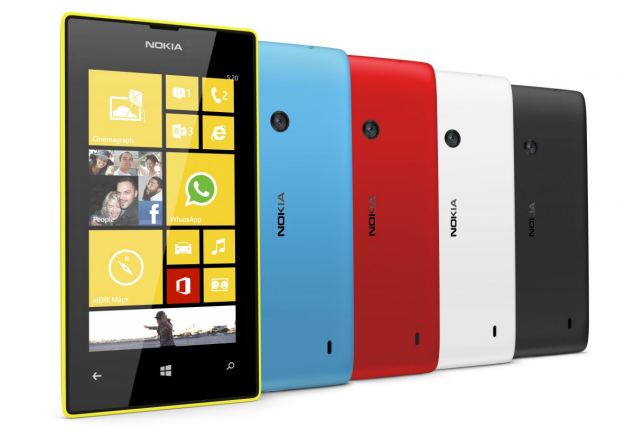 Nokia’s £120 smartphone, which runs Microsoft’s Windows Phone 8 software, and has a screen that can be operated while wearing gloves

‘For Nokia the building blocks are in place and now we have to make sure that all of this capability, all of this beauty in design, everything that we have done in terms of great product making is put into the hands of consumers and that’s what we’re focused on today.’