A cheating Nigerian-born GP who led a double life with two women for seven years and promised to marry both of them one month apart hanged himself when his secret was exposed, an inquest heard.

Dr. Festus Ojagbemi, 49, known as ‘Wally’, who had a surgery in Strood, Kent, lived with long-term partner Jackie Hammond in the week and lover Bamidele Ayeni on weekends – for seven years.

He fathered a child with Miss Ayeni – a popular Nigerian singer known as Dele Achiever – and said he would wed them both, while racking up thousands of pounds worth of debt taking them on holidays. 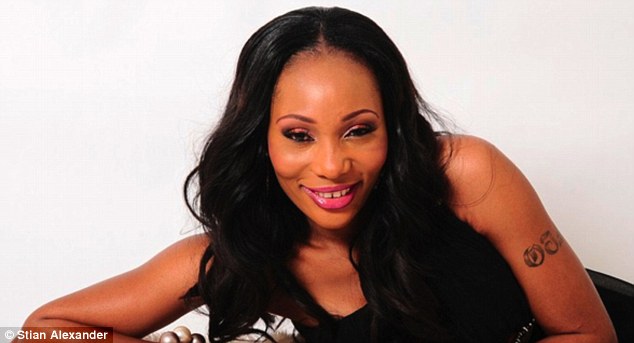 But when the secret was discovered by Miss Hammond he stabbed himself twice in the chest at his surgery, St Mary’s Medical Centre, the inquest was told. But he survived that attempt on his life.

While recovering in hospital he told police and both women he was attacked by a stranger. But he eventually confessed the truth to officers – only to take his own life four days later on February 12. 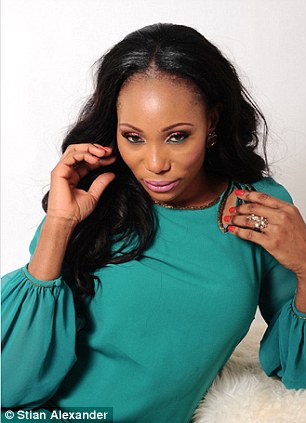 Performer: Bamidele Ayeni is a popular singer from Nigeria, who was having an affair with Dr. Ojagbemi

Miss Hammond later found him at the detached house they shared in Hempstead, Kent. A note signed with his nickname was on the TV cabinet near where he was found in the conservatory.

The cost of leading the double life emerged after his death, the inquest in Maidstone, Kent, heard. Miss Hammond said a credit card firm phoned after he died, claiming he owed them £10,000.

She said: ‘I started phoning and everyone told me how much he owed them. By the time we got to the 10th or 11th, the bill was huge. We just couldn’t get our heads around it.

‘I work, I get paid, so we don’t talk about finances. If we go on holiday he would be the one that pays.’

The couple had planned their wedding for this May after almost 20 years together.

Miss Hammond said he killed himself because he felt guilty after the double life was uncovered, adding: ‘He just wanted me to notice he was hurting because of what he had done to me.’

Miss Ayeni did not appear at the inquest but the hearing was told of evidence she gave to police. She claimed Dr Ojagbemi proposed last October and that they were planning a wedding in April.

They had a child, he rented a flat for them, visited on weekends and they would talk six or seven times a day, she said.

Miss Ayeni, who sings Juju and pop music, said she knew about the other partner, but he told her he ‘did not love her any more’. She told officers: ‘I would call him “baby” because he was my baby. I would also call him my “husband”.

‘He’s intelligent, loving, caring, he buys me lots of things. Why would he do this to himself? Wally told me not to give anyone the news that we were getting married in April because everyone would go on about it.’

‘He’s intelligent, loving, caring, he buys me lots of things. Why would he do this to himself?’

The court heard how the doctor, who also had two other children to two other women, had been off sick from work since December 2011, suffering from high blood pressure and vertigo.

The inquest was also told he had called Miss Ayeni on the day he died to tell her he loved her – and even discussed a wedding photographer with Miss Hammond on the morning he killed himself.

Recording a verdict of suicide, assistant deputy coroner Gail Elliman, said: ‘I am satisfied Dr Ojagbemi took his own life. I won’t go into any speculation about the reasons for doing so.’