All eyes may have been on Lucy Mecklenburgh on her early summer holiday but the reality starlet has told friends she is a man free zone.

The 21-year-old TOWIE starlet, who split from Mario Falcone in April after discovering he cheated on her yet again with a mystery woman, looked sensational on holiday in Mallorca with some girlfriends.

Boutique owner Lucy showed off her tiny frame and deep tan in the pretty floral bikini as pals said the brunette was concentrating on herself and had no time for relationships. 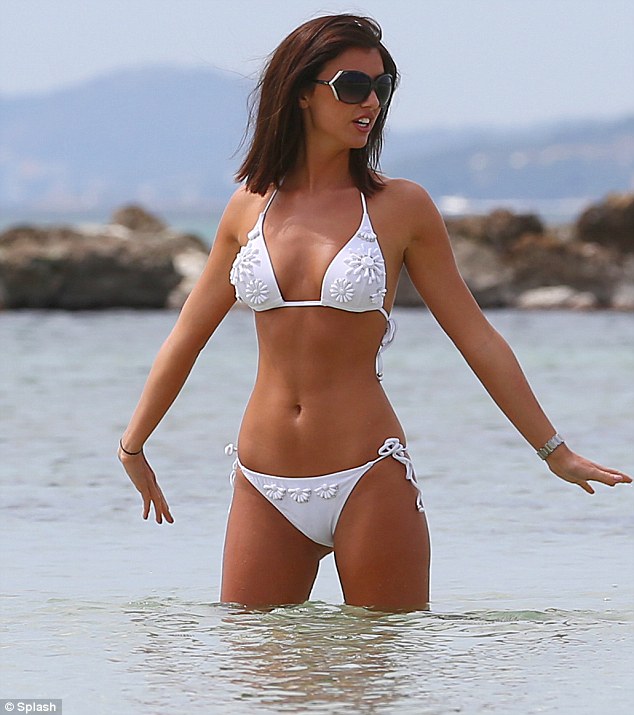 Who needs men? Lucy Mecklenburgh shows off her incredible toned stomach on holiday in her floral white bikini

A close friend told The Daily Star Sunday: ‘The last thing Lucy needs to do is to jump into another relationship. She’s moving on and although she is very flattered to be asked out on dates, she’s decided that she wants to be by herself for the next few months at least.’

The friend added Lucy had placed herself on a self-imposed sex ban and wanted to learn how to be alone again.

Lucy jetted off to the sunny island with a group of friends but cut a solitary figure on the beach as she splashed around in the ocean. 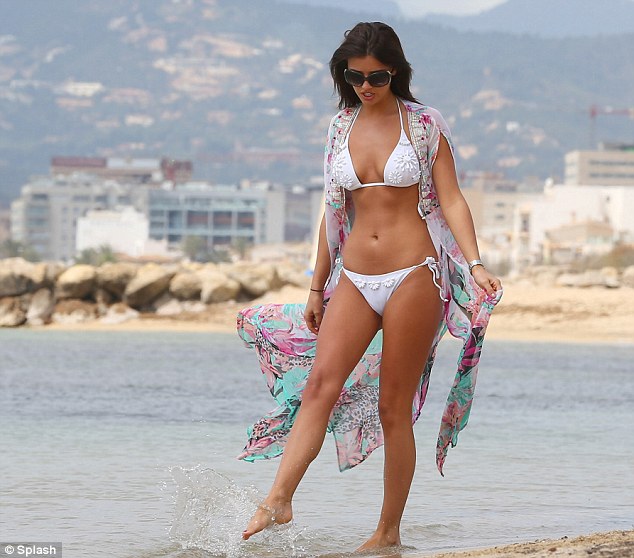 Solitary: Lucy cut a lonely figure as she paddled in the sea – friends say she is a man-free zone 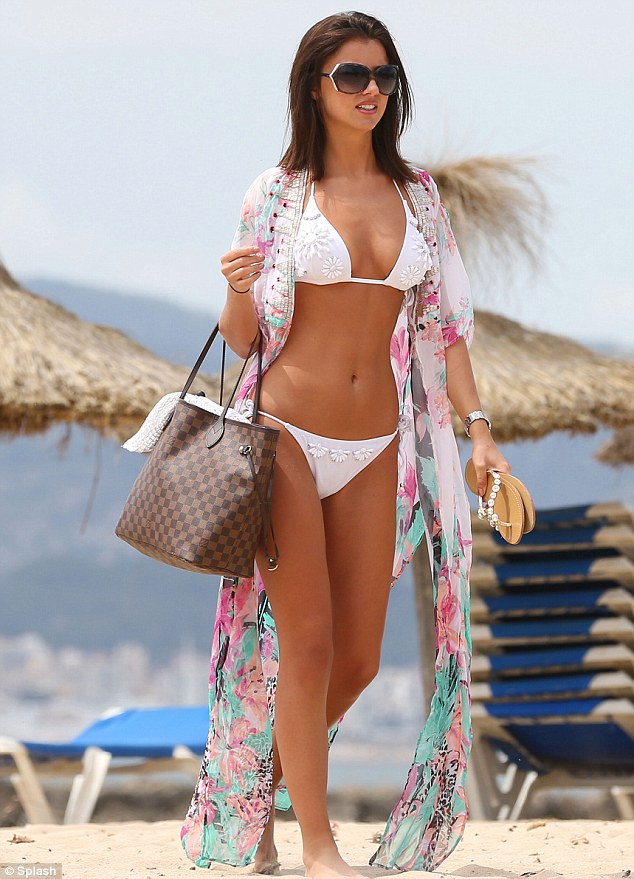 No sex please, she’s single! Lucy has turned down countless offers of dates but pals say she just wants to be alone

In a floral bikini  the reality starlet kept her trim curves covered in a long floral sheer coat as she tried to concentrate on reading.

After taking a break from the show because of the break-up, Lucy is thought to be re-joining the ITV hit later this month.

Mario proposed to Lucy in Marbella but the relationship was rocked with allegations of his cheating.