They’ve got more than just their first initials in common, as their personal lives have also been peppered with controversy.

And on Tuesday night, Ronaldo and Rihanna caused more mischief as they met up backstage at the singer’s concert in Lisbon, Portugal.

The Real Madrid footballer posted a picture backstage with the Diamonds singer following the show, flashing the peace sign as Rihanna pouted next to him for the camera. 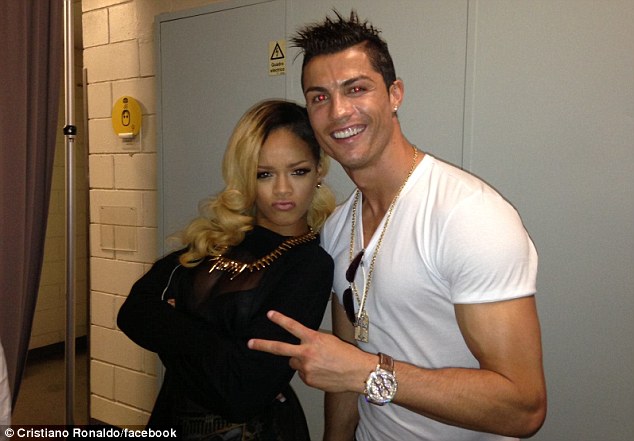 Pleased to meet you: Cristiano Ronaldo hangs out with Rihanna after a concert on Tuesday night

Ronaldo captioned the shot with a casual: ‘Yesterday at @rihanna’ s concert.’

It’s not the first time the sportsman has made headlines by posing up with popstars.

Last week, Ronaldo met One Direction at the Spanish club’s training ground, as the boys took some time out from their whistle-stop European tour to train with Jose Mourinho’s men in the Spanish capital. 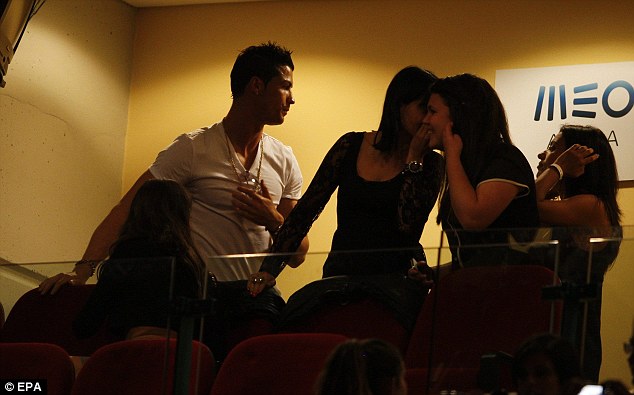 Pleased to meet you: Cristiano Ronaldo hangs out with Rihanna after a concert on Tuesday nigh 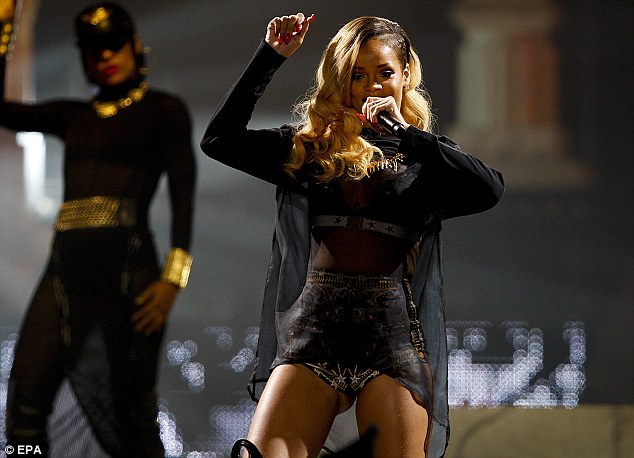 Star turn: Rihanna performed in Lisbon on Tuesday night as she continued her latest tour
At the end of their brief kickabout, three of the band members enjoyed a meet-and-greet with the manager, who presented them with a Real shirt, before they caught up with the players.

‘They told us that we had the opportunity to come to see the Real Madrid players and that was very exciting for us,’ revealed Niall Horan.

‘It is amazing to see how they train and see so many such good players. We are big football fans and Real Madrid are one of the best teams on the planet.’ 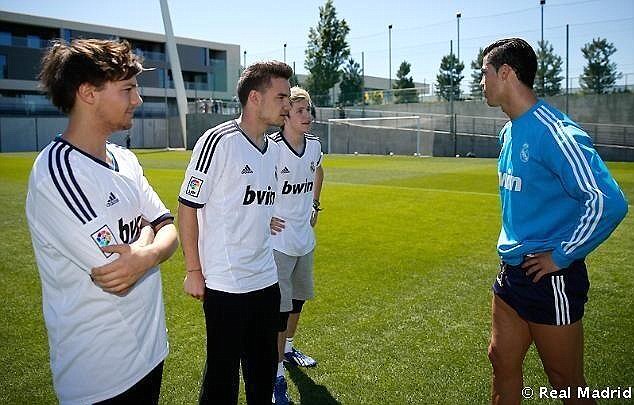 One Direction for Ronaldo: The Portuguese star took time out to speak to the popular boy band last week 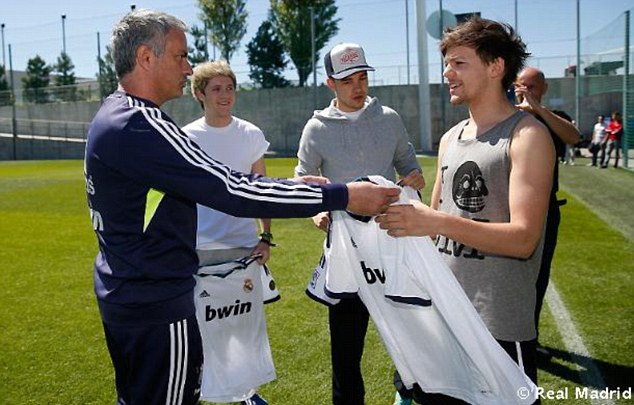 Music to his ears: Real Madrid manager Jose Mourinho presented Real Madrid shirts to the British band
Fellow bandmate Liam Payne added: ‘Cristiano Ronaldo is my favourite player, he is one of the best in the world.’

Ronaldo is set to be at the centre of a bidding war this summer with Chelsea and former club Manchester United prepared to splash out £80million to bring the player back to the Premier League.

Madrid complete their La Liga season against Osasuna on Saturday – it will be manager Jose Mourinho’s final game in charge before he re-joins Chelsea.