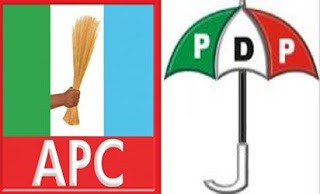 The Presidency has said that if the newly registered All Progressives Congress picks a former Head of State, Maj.-Gen. Muhammadu Buhari, as its presidential candidate, the 2015 election will be a walkover for the Peoples Democratic Party.
The Presidency was apparently hitting back at the APC, which earlier said that it would be a disaster for any party to field President Goodluck Jonathan in the 2015 election.
The Special Adviser to the President on Political Matters, Ahmed Gulak, stated this in a telephone interview with one of correspondents in Abuja on Thursday.
He also commented on other APC leaders, including Asiwaju Bola Tinubu and a former Minister of the Federal Capital Territory, Mallam Nasir El-Rufa’i.
He said, “As far as that merger is concerned, the calculation of the Congress for Progressive Change elements is that Buhari will stand for the election. If he stands for the election, it is a walkover for the PDP; so, we are praying that they field Buhari.”
While stating that he had information that Tinubu was not interested in the presidential race, Gulak added that El-Rufa’i did not have the qualities that could qualify him to contest the presidential election.
He said, “Tinubu is not interested in the presidential race. I have it on good authority that Tinubu is not interested.
“El-Rufa’i is not a politician. When we are talking about politicians who are likely candidates, we don’t talk about people like El-Rufa’i. We are talking about political politicians.
“But in all, the President has yet to declare his intention whether he will re-contest or not. When the time comes in 2014, we will know whether he will offer himself for a second term or not. As of now, we are here to work for Nigerians.”
Gulak said that the APC was too young to decide the fate of the President if the PDP fielded him for the 2015 presidential election.
He said since the APC had just been registered by the Independent National Electoral Commission, its leaders must first learn the political ropes before commenting on who should be fielded by the PDP.
He said, “The APC that was just born yesterday should not have the mouth to talk.
“They should mind their own business and face the struggle ahead of them. They should stop focusing on what PDP will do or will not do, that is none of their business.”
The presidential aide said so far, the APC did not have any potential presidential candidate that could give a Jonathan sleepless night if he decided to re-contest in 2015.
But the National Publicity Secretary of the defunct Congress for Progressive Change, Mr. Rotimi Fashakin, said his (Gulak) statement was the “hallmark” of a dying regime.
He said that Buhari was head and shoulder above Jonathan.
He said, “Putting Buhari and President Jonathan side by side is like putting light and darkness together. Buhari is head and shoulder above Dr. Goodluck Jonathan, who is occupying the nation’s highest seat.
“It is Nigerians who will determine who will win the 2015 election, but we know that in a free and fair election, Jonathan does not stand a chance against Buhari. Let him say whatever he wants.
“The PDP primaries could be manipulated for the President. We have said it that the PDP will be in the opposition as from 2015.”
Describing Buhari as a patriot, the former CPC spokesman said Nigerians knew that the administration had been lying against the former head of state over the insurgency in the North.
He stated, “It should be clear to all now that the people planning the insurgency are within Goodluck Jonathan’s regime.
“It makes no absolute sense that the insurgency is Islamic when people were bombed in Kano during Ramadan. It is totally incongruous. That is to show you that it is not Islamic in any way. It is about vicious politics, which this regime is playing.”
Fashakin stated that with the kind of leadership Jonathan and the PDP had provided in the last three years, it would be difficult for the President to win the 2015 presidential election.
He said, “We know the truth. Nigerians know the truth; that the kind of leadership that President Jonathan and the PDP have shown us in the last three years has been nothing to write home about.
“It shows that in terms of leadership at the highest level, Gen. Buhari is head and shoulder above anybody they can present in the PDP.”
Read more: Nigerian Eye