Arsenal and Nigeria are fighting over Alex Iwobi Arsenal have been reported to be reluctant about granting Nigerian International, Alex Iwobi permission to partake in the Rio 2016 Olympics this summer.

According to a Goal report, the English Premier league club might be planing to order him to stay put at the club for the summer. 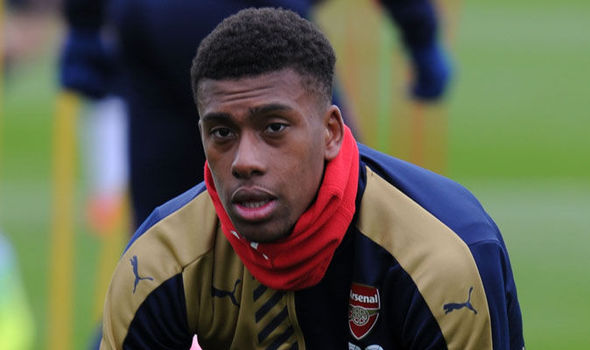 Samson Siasia revealed this whilst speaking to Goal.

The Nigerian Under-23 coach who made a trip to England earlier this month said when he went to the Emirates, he spoke with a member of the executive board, Richard Law who disclosed that they would like to keep the player at the club for this summer because he’s part of the new team that is being built for next season.

He told Goal ‘I went to Arsenal and I saw Richard Law and he said that we still need to look at [the possibilities of the player going to the Olympics or not],’

“He said that he wants Iwobi to stay with Arsenal because they are having a new team and Alex is getting to play in the team for now.

“He said if he leaves to play for Nigeria at the Olympics how is he going to be a part of the team and maybe someone is going to take his position.

He then said he told him that they have to come to a conclusion as Nigeria wants the 20-year-old to showcase his talent on the world stage.

He told Goal, ‘I said, well we have to meet half way because we are trying to give Alex a platform to show himself in the Olympics and he has to look at it that way too.

“He said we should continue to talk and we would see what we would do.”

The football website however said according to its sources, the player will still be allowed to represent the country in the games in August as Arsene Wenger had indicated in April.