ASUU strike will be over in a few months – Education minister 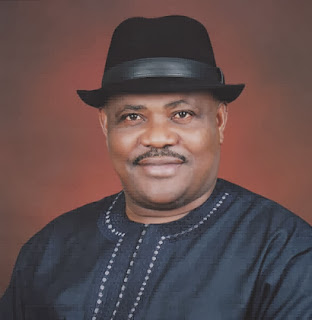 In a bid to quell rising tensions and give reassurance , the Federal Government has said that the ongoing 4-month old  Academic Staff Union of Universities (ASUU)  would be over in a matter of months.
This was disclosed yesterday by the Minister of Education, Nyesom Wike, at a lecture held to commemorate the anniversary of the National Universities Commission (NUC) in Abuja.
Mr. Wike through his representative Dr. Macjohn Nwaobiala, Permanent Secretary of the Ministry of Education, stated that the resolution of the ongoing strike was of foremost priority to the Federal Government.

Professor John Daniel in his paper presentation titled, ‘Turbulent and Testing Times for Global Higher Education: Lessons for Nigeria’, said “online teaching and learning is now part of the future of most universities. Nigeria should be very good at this because without embarrassing you by pressing the point, I note that your country, through 419 scams, is a world leader in the use of the internet for less desirable purposes.”

He said higher education all over the world is facing lot of challenges that included youth unemployment and the current changes in the university system.

“These are indeed turbulent times, not only for United States of America but also for much of higher education globally”, he said.

A former Executive Secretary of NUC, Professor Jubril Munzali, in his goodwill message, said the education sector for 21 years have been under funded and the significant increase in the funding of tertiary institutions were done through the struggle of ASUU.

He said it is time Federal Government listened to its agencies and allow NUC perform its statutory role and fund universities based on the advice of its agencies like NUC.

“Successive administrations in the country never paid adequate attention to university education”. He said the Federal Government process of direct funding of universities, have over the years resulted in mismanagement of the funds allocated to the institutions.