Awful: 15-year-old killed by train ‘didn’t hear it coming because she was wearing headphones’ (PICTURED) 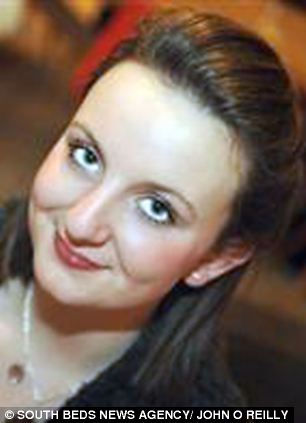 Katie Littlewood could have been listening to her iPod when she was struck by a train as she used a crossing in January last year, an inquest has heard

A 15-year-old schoolgirl killed by a high speed train on a pedestrian level crossing may have not heard it coming as she wearing headphones, an inquest heard today.

GP’s daughter Katie Littlewood could have been listening to her iPod when she was struck as she used the crossing on January 28 last year, the hearing was told.

A pair of headphones, an iPod Nano and her Blackberry phone, on which she had just sent a text, were found next to her body at Johnson’s Footpath Crossing in Bishop’s Stortford, Hertfordshire.

Hertfordshire Coroner’s Court today heard that train driver Steve Trumm sounded his horn which made Katie turn around, but it was too late. She died instantly.

In a statement, he said: ‘I saw a female stride purposefully forward at quite a fast pace as if she was trying to get to safety.

‘She looked to her right and as she did so I sounded my horn. She looked round at the last minute then the train hit her.

‘There was no way she could have survived.’

The teenager – described as ‘lovely and happy’ – had been on her way to her job at the British Heart Foundation just before midday when she died. She also worked at an animal charity on Sundays, the hearing was told.

In 2002 an 81-year-old woman was killed at the same spot where Katie died after chasing her dog on to the line.

Since then warning signs, a klaxon and flashing lights have been installed at the crossing.

British Transport Police confirmed the warning signals were in full working order at the time. 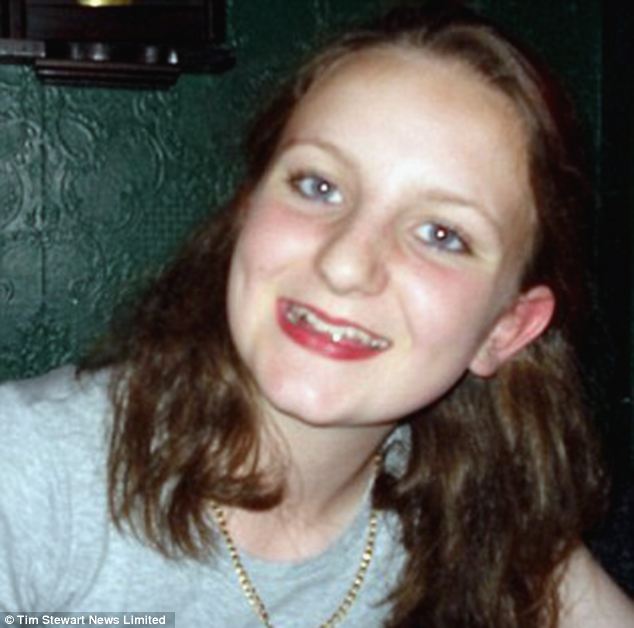 Katie, who was studying for her GCSEs at Hertfordshire and Essex High School, was hit by the 10.58 London Liverpool Street to Cambridge service. Paramedics pronounced her dead at the scene.

The inquest, which is being heard by a jury, were told Katie’s mum Ruth White was a GP who sadly died from cancer in 2009, aged just 49.

Katie and her sisters Sarah, 17, and Stephanie, 12, moved from Morpeth in Northumberland to live with her uncle and his partner in Bishops Stortford. 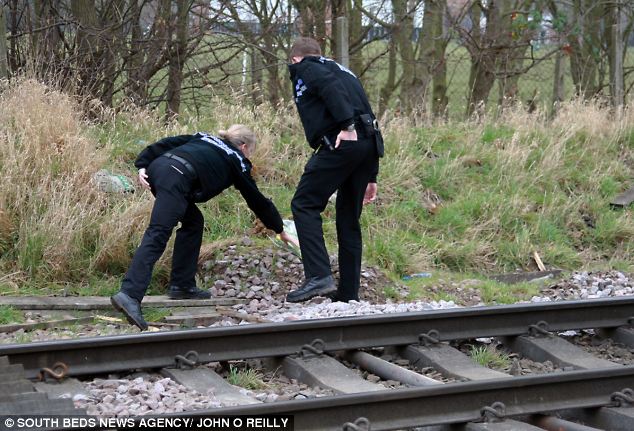 The inquest heard Katie had been chatting to her sister about getting their ears pierced shortly before she died.

Detective Inspector Andrew Rose, of Hertfordshire Police, said she had used her phone three times just before she was killed.

He added: ‘First officers on the scene said they found a set of headphones, an iPod Nano and a Blackberry Phone.’ 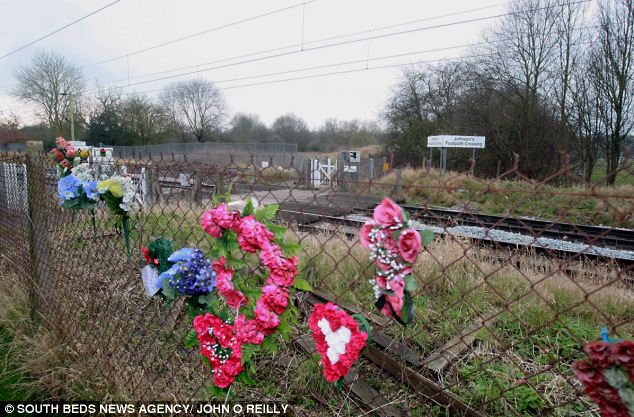 A pair of headphones, an iPod Nano and her Blackberry phone were found next to Katie’s body at the crossing. Pictured flowers from a previous death at the crossing

Two teenage girls, Olivia Bazlinton, 14, and Charlotte Thompson, 13, died after hit by a train as they used a footpath crossing at nearby Elsenham station in 2005.

Olivia’s father Chris was at the inquest at Hertfordshire Coroners Court today to support Katie’s family.