A lovelorn pensioner has become a bride for the first time in her life – at the age of 85.

Phyllis Cook walked down the aisle in a smart skirt and blouse to tie the knot with groom John Plommer, 86.

Phyllis thought her last hope of ever getting hitched disappeared when her lifelong fiance died in 2008. 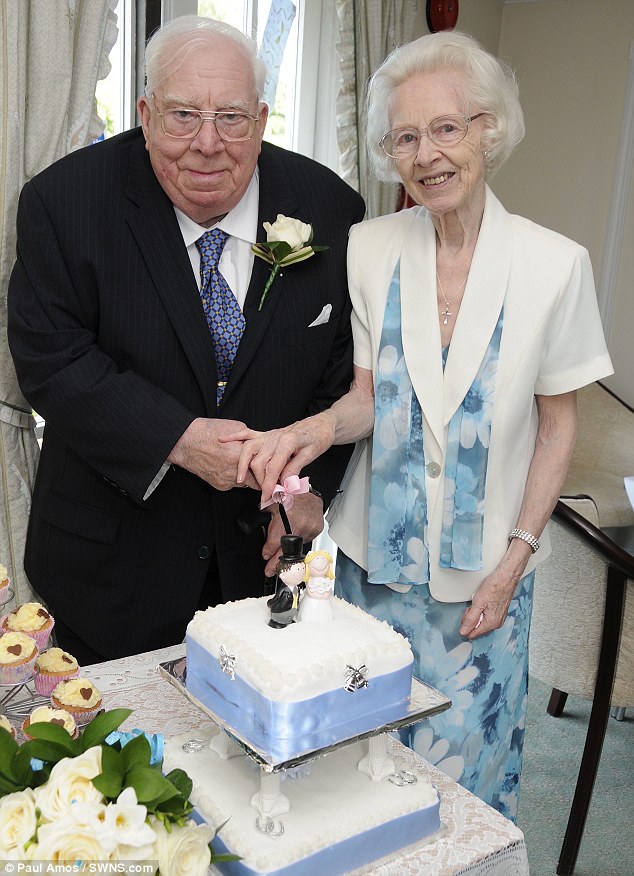 To have but not too old: John Plommer, 86, and never-before-married Phyllis Cook, 85, tied the knot at a small ceremony

The couple never married because their parents had originally frowned on their romance.

But she moved into sheltered accommodation a year ago after a tumble at home – and found herself falling for fellow resident John.

The retired farmer had been married twice before but his second wife died a year ago.

Two months later they became engaged and they have now got married in front of 23 delighted guests. 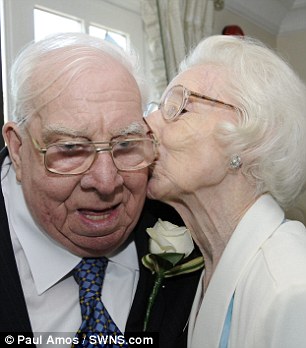 True love: The pair have only known each other a year, having met when they moved into Mulberry Court retirement housing on the same day last June

To her surprise and delight her sister Yvonne Lane flew over from Canada for the occasion.

The newlyweds, who live in the same sheltered housing in Canterbury, are now on honeymoon in Wales

But before leaving overjoyed Phyllis, a retired administrator, said: ‘It was a nice service.

‘We had as many friends there as we could get in the church.

‘We’re not 21 years old but we’ve both made friends with everyone where we live.’

John said: ‘I lost my second wife in March 2012 and I couldn’t look after our bungalow and garden on my own so I found a flat here.

‘Phyllis and I just help each other out.

‘We saw in the new year together and from there she has spent most of the daylight hours with me in my flat.

‘I hope our marriage will bring friendship, happiness and companionship.’

He added: ‘Not everyone wants to get married again but we are helping each other.’

The wedding guests also included John’s son Geoff, 48, and his wife Diane and their children Damien and Kyle.

Geoff said: ‘It was a lovely day for us. We were thrilled when we heard the news.

‘It is nice for them to have companionship. Dad said she was the best Christmas present he has ever had.’

Rosemary Berger, who runs the Mulberry Court accommodation, said: ‘This is the first wedding we have had and it has been brilliant.

‘I just feel really pleased for them. When John came here, he said “do you think I’ll find my third wife here?”

‘They have found happiness, which is wonderful.’ 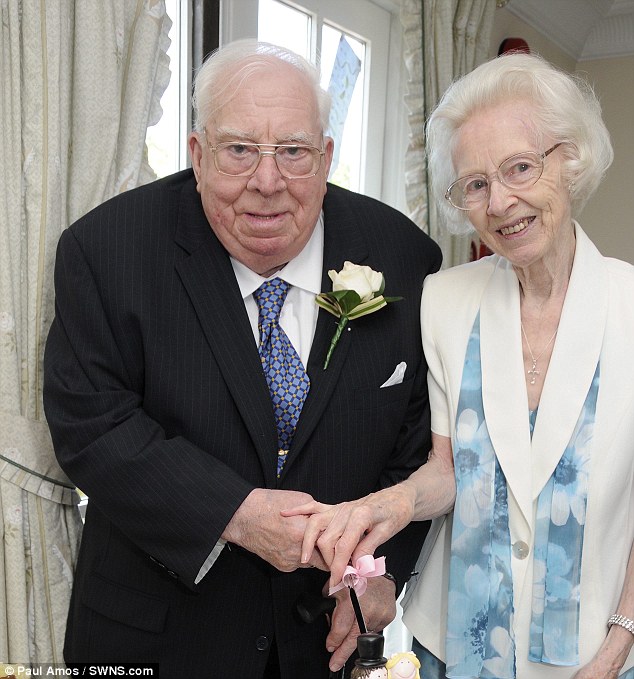 Better together: The newlyweds, who live in the same sheltered housing in Canterbury, are now on honeymoon in Wales