Artiste, Davido’s single ‘Skelewu’ has been featured as one of the official soundtracks for a new Walt Disney movie titled ‘Queen of Katwe’.

‘Sekem’ by MC Galaxy was also featured on the soundtracks as well as Ugandan artiste Eddy Kenzo’s ‘Mbilo Mbilo’.

The movie will also see Alicia Keys recording a song titled ‘Back to life’ as one of the soundtracks. 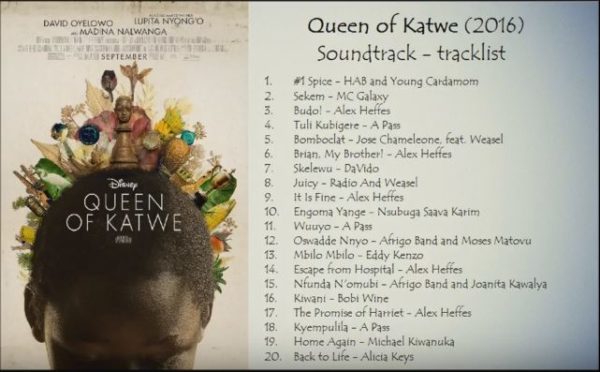 ‘Queen of Katwe’ will feature Kenyan actress, Lupita Nyong’o and Nigerian-Born actor, David Oyelowo among others.

The movie depicts the life of Phiona Mutesi, a Ugandan chess prodigy from Katwe who becomes a Woman Candidate Master after her performances at World Chess Olympiads.