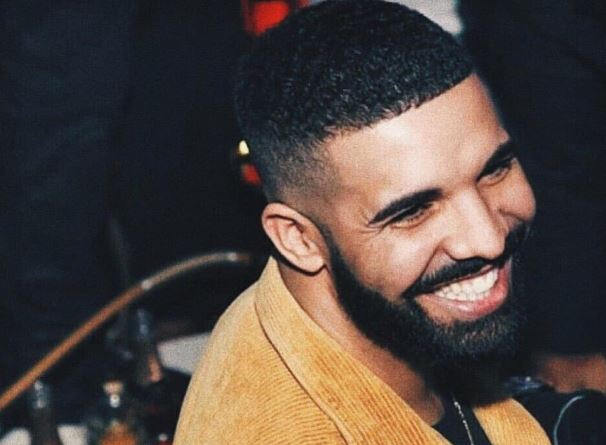 Scorpion, which was released on June 28, consists of 25 tracks packaged as a double album, is now the fourth album ever to have seven top 10 Hot 100 hits, after Janet Jackson’s Rhythm Nation 1814, Bruce Springsteen’s Born in the U.S.A., and Michael Jackson’s Thriller. (Meanwhile, one of Drake’s seven songs, “Don’t Matter to Me,” features previously unreleased vocals from the late Jackson.)

New era. New platinum. Thank you a billion times over (a billion plus). 🦂

As reported by Pulse, in an Interview on Hot 98.3 Fm, Nigerian singer, Yemi Alade talked about happenings in the country, coping with celebrity status and comparisons within the music industry.

When asked about how she has dealt with the fame and recognition that has since some her way, she replies;

”I have not adjusted, I have just adapted because I don’t think this growth involves me changing who I am, that is like the most important thing, it used to be difficult but not it is my way of life”.

Talking about comparisons in the industry she says:

“So there is no number one, and that is the truth but not everybody will agree to that, people will say Yemi shut up but that is the truth.. why don’t we go ask the promoters, the people who know the numbers?”

Granddaughter of book publisher, W.W. Norton, Alexia Norton Jones has accused co-founder of Def Jam Recordings, Russell Simmons of raping her in November 1990, she revealed in an interview with Variety.

Jones, who is the daughter of Dr Martin Luther King Jr.’s lawyer Clarence Jones, was 31 years old at the time.

According to Variety, Jones filed a police report in New York last spring because “she wanted to stand with [Simmons’] other alleged victims of abuse,” but the case fell outside New York’s statute of limitations for felonies.

Simmons has since related how he recollects the incident, claiming that the interactions were not only consensual, but he has witnesses to verify his recounts.

“I’m deeply saddened by this story from Alexia,” Simmons told Variety. “At no time did she share these feelings about her first sexual encounter with me, which took place roughly 28 years ago. I have taken multiple lie detector tests that affirm I never sexually assaulted anyone. Alexia and I dated, were intimate and attended multiple events together after she alleges the incident occurred in 1990. I considered her a friend for all these years and continue to have a warm relationship with members of her family. I believe we last spoke in 2006 when she called to express her disappointment over the fact that I had not attended an event honouring her father.”

The actor shared photos from the ceremony which took place in Miami, Florida on Instagram. He was full of thanks to the Mayor of Miami for bestowing on him the prestigious title.

“WHEN THE WORLD BELIEVED IN YOU “Believe in yourself also! Have faith in your abilities! Without a humble but reasonable confidence in your own powers you cannot be successful or happy “- Norman Vincent Peale. From the bottom of my heart,    I say thanks to Miami- Dade County office of the Mayor and the County Commissioners for honouring me as a DISTINGUISHED VISITOR    to the City of Miami, Florida.

WHEN THE WORLD BELIEVED IN YOU “Believe in yourself also! Have faith in your abilities! Without a humble but reasonable confidence in your own powers you cannot be successful or happy “- Norman Vincent Peale From the bottom of my heart 💓 I say thanks 🙏 to Miami- Dade County office of the Mayor and the County Commissioners for honouring me as a DISTINGUISHED VISITOR 🔑 to the City of Miami, Florida. You have just given me a KEY to more SUCCESS in life. Thanks also to MURPHY FOLORUNSO for putting this together via the Miss Nigeria 🇳🇬 Florida Cultural Pageant 👌. I am very grateful 🙌 #MurphyFolorunso #CityofMiamiDade #MissNigeriaFloridaCulturalPageant #MissNigeriaFloridaCulturalAmbassador #CountyOfficeoftheMayor

The Thai cave rescue operation will likely soon get the movie treatment.

Pure Flix Entertainment is seeking the movie rights about the mission to rescue a dozen boys and their soccer coach who were trapped deep within a labyrinth.

“I could not be more excited; this story has meant so much to me as I followed it,” Pure Flix managing partner Michael Scott said on Tuesday at the scene of the flooded cave.

“To see all that bravery in the cave and then to get all the divers out has been such a touching event.”