Exciting news for Wizkid fans as the Afro-pop artiste has revealed that he and American singer, Alicia Keys made a record on Saturday night.

The star – who performed with the singer’s husband and producer Swizz Beatz at the One Africa Music Fest on Friday tweeted the good news yesterday evening.

Alicia Keys and Swizz are huge fans of the Starboy and after being on the biggest record in the world with Drake at the moment, a song with the Grammy winner might just cement his spot in the international market.

The two shared a photo-moment together which got posted by Don Jazzy (who is currently in New York following his performance at the One Africa Music Fest on Friday) on his Instagram page.

T.I is no stranger to meeting, performing or even collaborating with Nigerian music stars.

In 2014, he collaborated with Psquare on their single Ejeajo.  Also earlier this year, Davido revealed he had an upcoming song with the Atlanta-rapper.

On Sunday night, Waje thrilled fans with a new single on the reality singing TV Show – The Voice Nigeria.

Looking lovely in pink, the singer wowed the audience with the song titled Mountain which was produced by Sizzle Pro.

The song is expected to be officially released in a few days.

Meanwhile see her beautiful look for the night which gained some traction on social media. Drake stays winning as his fourth studio album Views is the no. 1 song on the Billboard 200 albums chart for an 11th nonconsecutive week.

According to Billboard, the album sold another 89,000 copies (a 3% decrease from last week) last week.

The 20-track album has now spent the most weeks atop the chart since Taylor Swift’s 1989 spent its 11th and final week at the same position on February  21, 2015.

Also in the UK, the Canadian rapper’s One Dance featuring Nigeria’s Wizkid and UK’s Kyla has stayed at no. 1 for 15 consecutive weeks, according to the Official UK chart company. 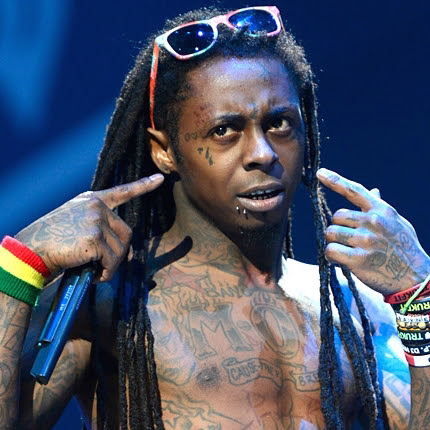 Lil Wayne storms out of performance at weed-themed concert

It’s no secret how Lil Wayne loves a joint but he was not too happy with a crowd that smoked enough of it at a concert on Saturday.

The rapper angrily dropped the mic and walked out 10 minutes into his performance at the High Times Cannabis Concentrates Cup Show in San Bernardino, California as he felt the crowd was ‘too mellow.’

Apparently, the crowd was quite stoned that their less-responsive reaction to his performance wasn’t pleasing to the rapper and he vowed never to return to the show again.

See below, one of the fan footage from the show;

According to the show’s website, the High Times Cannabis Concentrates Cup Show is an event organised across America to celebrate ‘the world of ganja’.