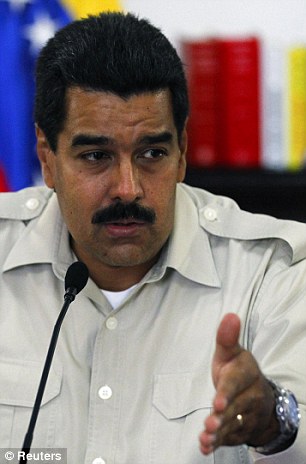 Venezuelan president Nicolas Maduro appeared to make a mistake of Biblical proportions this week – when he muddled a well-known religious quote and said Christ multiplied loaves and ‘penises’.

Maduro made the unfortunate error during a speech on education at the
Miranda stadium, in the country’s capital, Caracas.

Referring to the iconic story of when Christ multiplied fish and loaves to feed the populace, Maduro said his government would help expand education in the country, ‘school by school, child by child, high school by high school, community by community — to embed ourselves in there.

‘To multiply ourselves like Christ multiplied the penises — sorry, the fish — and the bread.’

The Spanish word for ‘penises’ (penes) is just one letter away from the word for ‘fish’ (peces).

The Venezuelan premier, who was dressed in a bright red, blue and yellow Adidas track suit – to reflect the colours of the national flag – immediately sparked a storm among Twitter users.

Maduro took over as interim president of Venezuela following the death of Hugo Chavez on March 5. 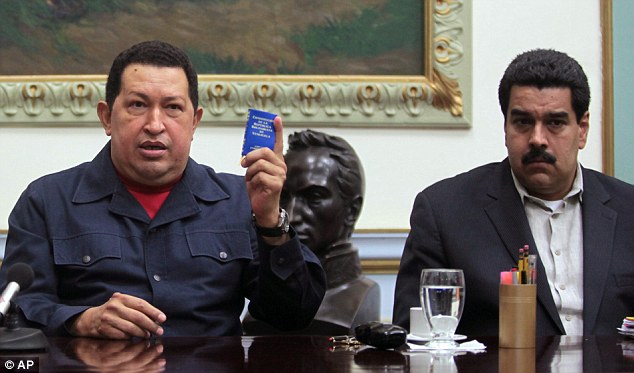 He later won an election against the opposition candidate Henrique Capriles.