France displayed class on Sunday night as they beat a dogged Iceland 5-2 at the Stade de France.

The French blew Iceland away with an impressive first-half performance that saw them go 4-0 up at half-time, setting a European Championship record in the process.

Prior to this, no team had ever scored four goals in the first half at the European tournament. 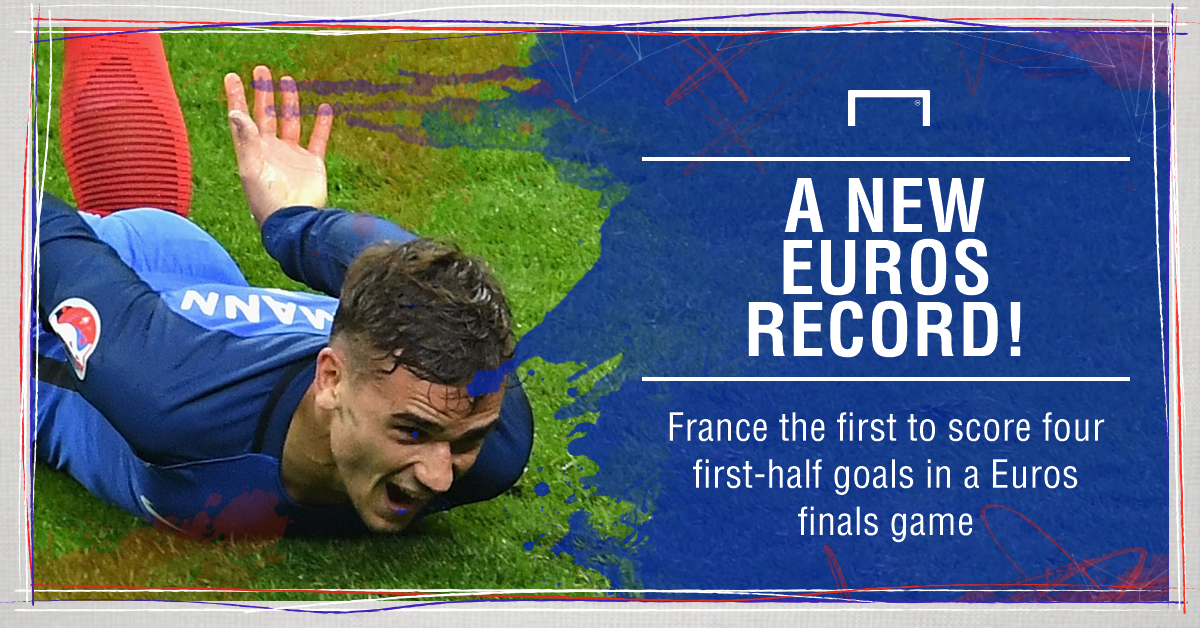 The hosts opened the night with a goal after 12 minutes as Giroud latched onto a pass from Blaise Matuidi and slotted it through goalkeeper Halldorsson‘s legs.

Pogba then added a second, seven minutes later, heading Griezmann’s corner home before Payet and Griezmann scored within minutes of each other just before half-time to put France in the ultimate driving seat.

Although Iceland grabbed two back after the break through Kolbeinn Sigthorsson and Bjarnason, Giroud’s second goal of the night sent France into a semi-final clash with world champions Germany.