She’s well known for her love of fur.

And Kim Kardashian even found a furry bag to carry as she headed out at night in freezing Paris.

The reality star was spotted balancing her bag with a couple of lattes as she did a little late night shopping with her make-up artist and friend Joyce Bonelli in Paris on Sunday night.

The reality star covered up her baby bump in an ankle-length wool coat and battled the near-freezing temps with the extra help of a furry neck collar and black velvet boots. 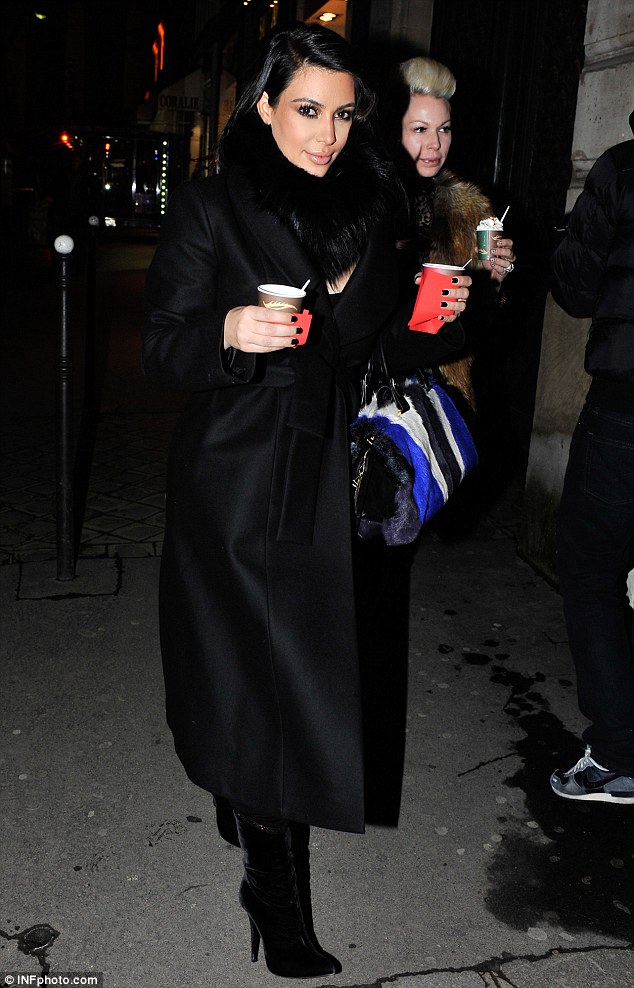 Ladies who drink: Kim Kardashian grabbed two coffees as she strolled in Paris with her make-up artist on Sunday

Splash of colour: Kim’s bag brightened up her dark outfit

Keeping with the animal theme, the 32-year-old carried a blue, white and black striped bag and even inspired friend Joyce to dress up in a brown fur coat.

The two walked along the Champs-Elysees and stopped into a pharmacy before emerging from a cafe with two hot drinks in hand.

Joyce carried her own cream-topped beverage as the pair dodged photographers with the help of Kim’s body guard on their late night run. 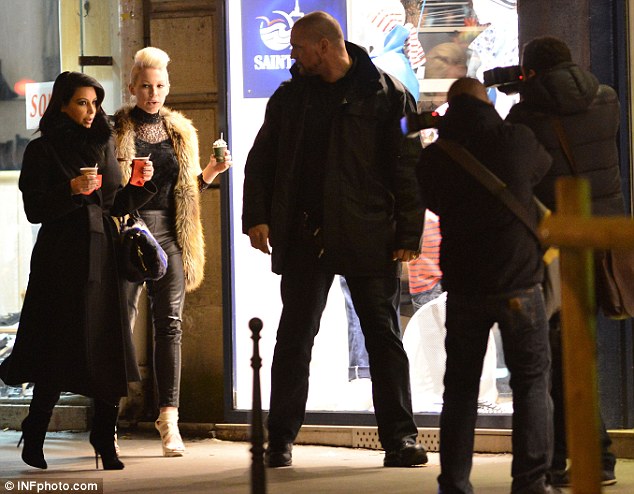 Phased by it all: The long-time friends paid no attention to the paparazzi 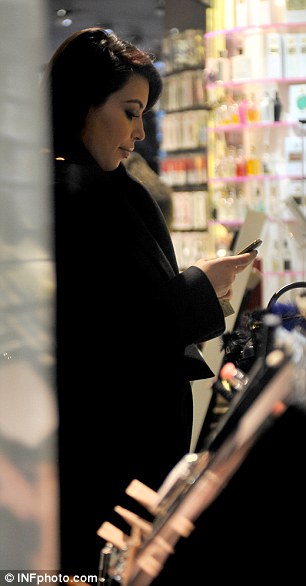 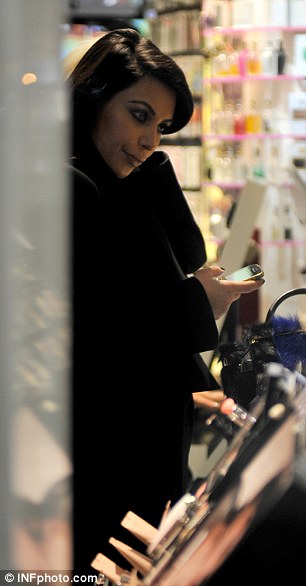 Quick stop: The girls popped into a pharmacy on the Champs-Elysees 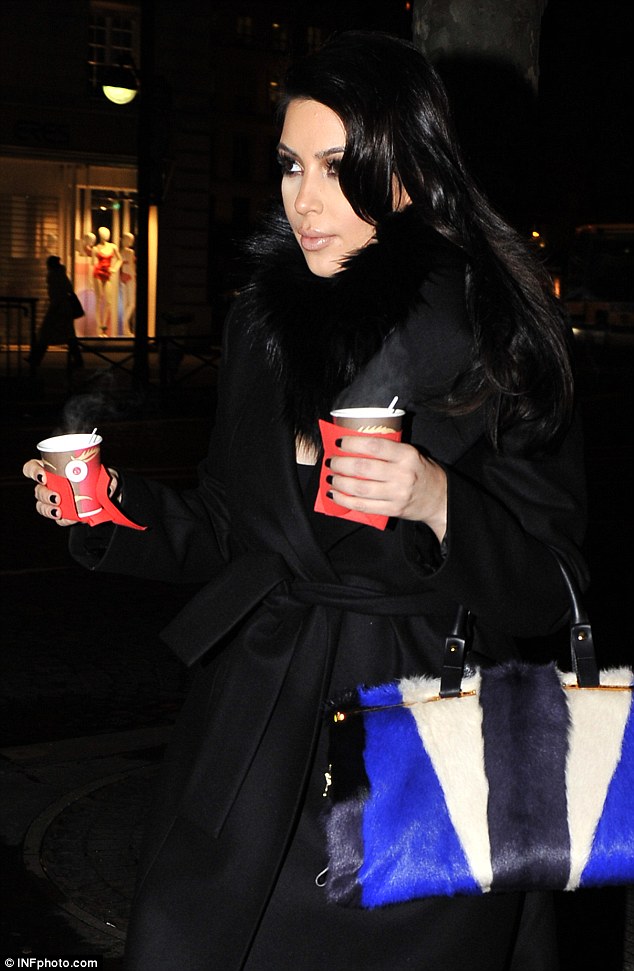 Saving for Kanye? Kim grabbed a spare drink while her friend carried her own

The pair have been travelling together as Kim joined her beau Kanye West for fashion week in Paris.

She even posted a photo on her Instagram of the pair hanging together with the caption ‘Fun night’ on Sunday, as well as a few snaps earlier this week showing off Joyce’s handy work.

Kim, who is expecting her first child with the Gold Digger rapper, recently admitted she’s ‘terrified’ about putting on weight during her pregnancy. 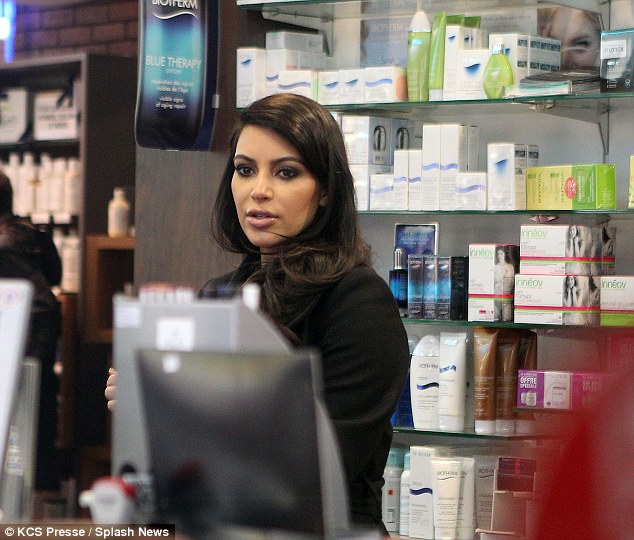 What shall I buy? Kim checks out some skincare 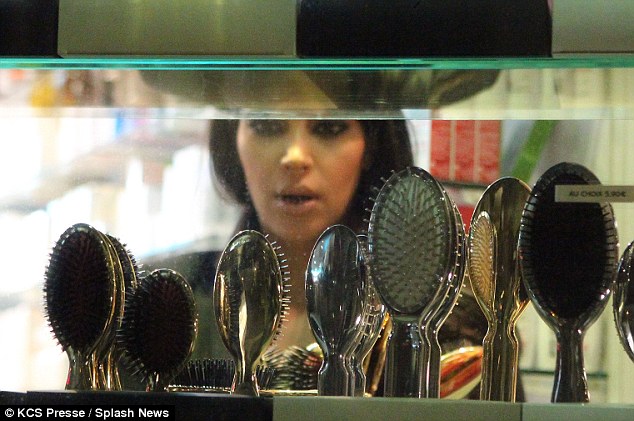 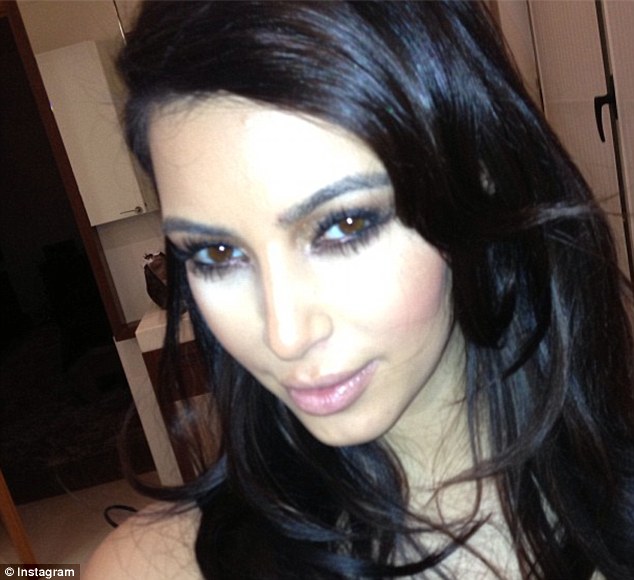 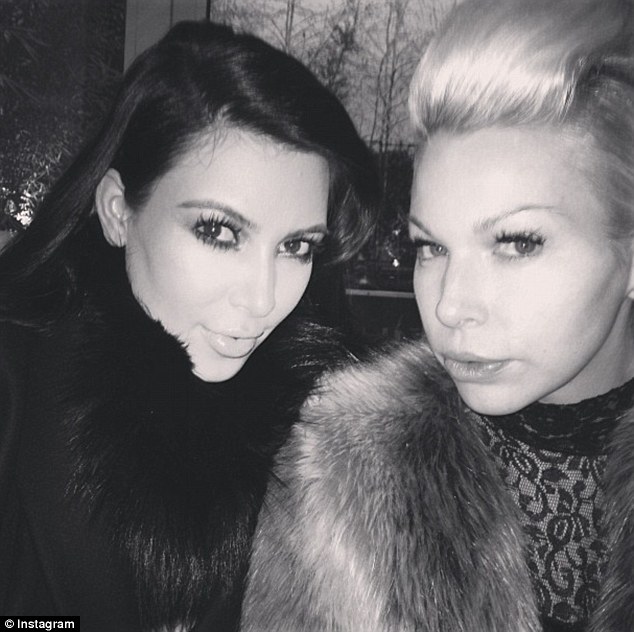 Besties: The pair have worked together since before Kim’s reality show 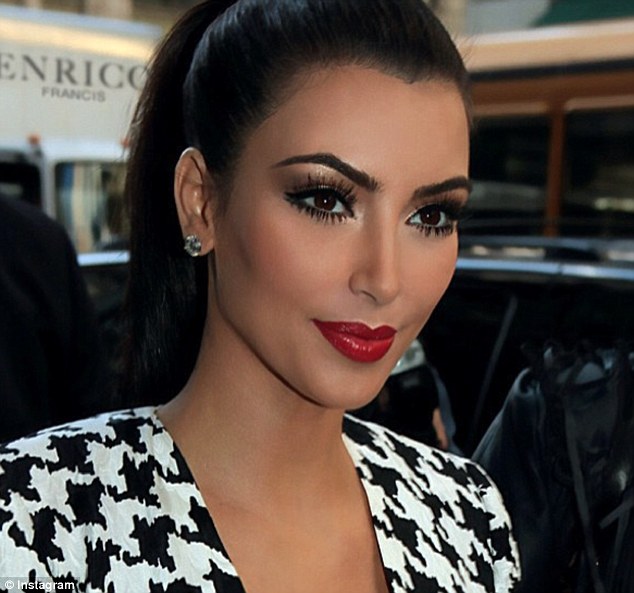 Make-up by Joyce: The expectant mother shared some of Joyce’s handy work on the Paris trip

The Keeping Up With The Kardashians star has also frequently been seen visiting the gym in recent weeks in a bid to keep her figure in check.

But while she is in Paris, Kim appears to be giving herself a break from her usual diet and exercise regime, enjoying the best food the French capital has to offer. 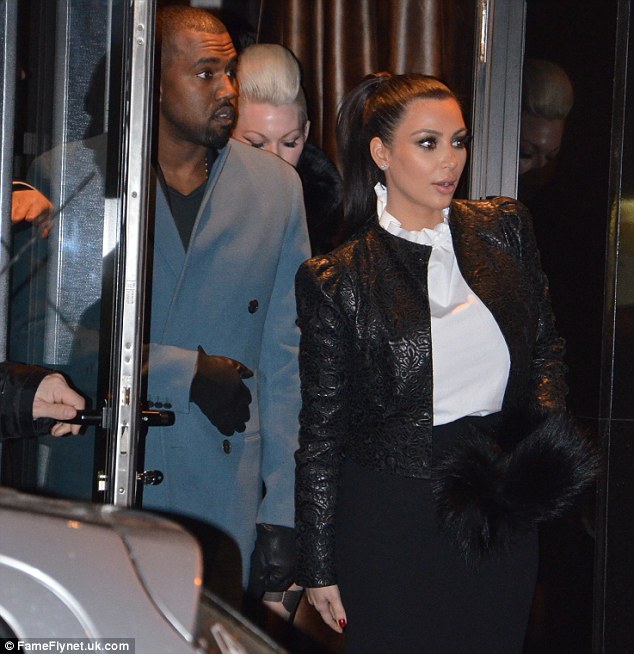 What maternity wear? Kim Kardashian stepped out in a tight skirt and crop leather jacket as she enjoyed a date night with Kanye West on Tuesday