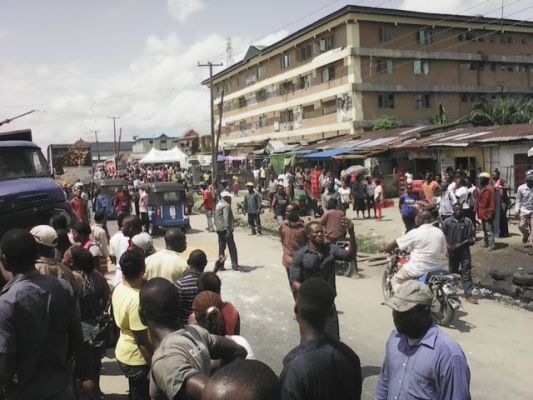 Yesterday, at Udu road in Warri, Delta state, a young woman was critically injured by a bullion van in a traffic accident.

An eyewitness described the horrific incident:

“Was at Firstbank Udu road branch in Warri yesterday, when suddenly the bank bullion van and police escort was coming on high speed on a wrong lane. Is a double lane road but the bullion van was on the wrong lane with the police avoiding to go and turn a few meters from the bank. Suddenly a tipper that was coming opposite lost control because of the ruff driving of the bullion van, and the tipper trying to pave way for the bullion van lost control and crush an innocent girl’s leg, damaging both legs. Youths from nowhere came and start throwing stones into the bank, before police came and start shooting into the air.“

The victim’s status is currently unknown. 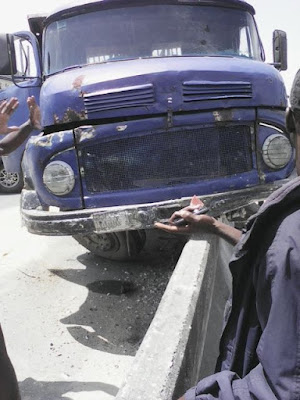