‘Honour’ punishment: Indian woman raped by her brothers-in-law on her wedding day 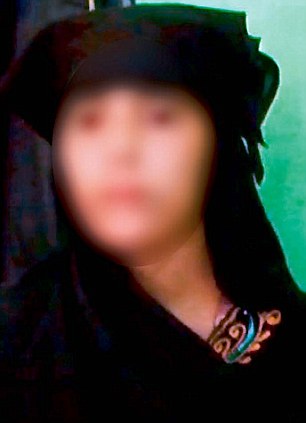 The woman, whose face we have blurred to protect her identity, claims she was raped by her two brothers-in-law on the day of her wedding

A 24-year-old Indian woman was forcibly married and gang-raped as a brutal ‘honour’ punishment after her brother eloped with his girlfriend, it emerged today.

The woman – who cannot be named for her own safety – was told she would wed the husband of her brother’s new girlfriend as ‘revenge’ for the couple’s adultery.

And within hours of tying the knot to her new spouse, she was attacked and ‘mercilessly’ raped by several of his brothers.

Incredibly, the horrific assault was allegedly even sanctioned by village elders in the rural settlement in Uttar Pradesh, northern India, who proclaimed: ‘An eye for eye is the actual justice.’

‘I agreed to [their] decision because I knew that there would be bloodbath in the village if I refused to marry him,’ the woman told police.

‘My brothers-in-law raped me mercilessly the same day I married. It became a routine.

‘My father-in-law claimed that he had agreed to my marriage since he wanted to take revenge [on my family] this way.’

The brutal incident came to light only when the victim found the courage to file a complaint with police.

‘On March 26, they registered a case against my brother and police traced him and [my husband’s sister]. They were released after she confessed before the magistrate that she married him willingly,” the victim alleged in her complaint.

The panchayat, or village council, reportedly forced the woman to marry after her brother had eloped with her husband-to-be’s sister on February 15 this year.

The panchayat, which was convened around ten days after they ran away, demanded the enforced marriage. Besides this, it also asked the woman’s parents to pay Rs 75,000 as compensation to her new in-laws. 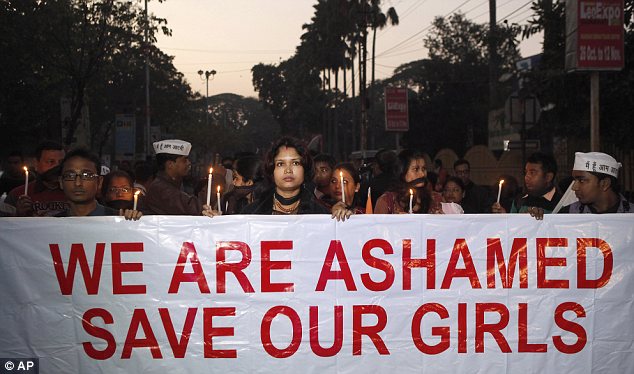 The trainee nun was lured to meet her cousins and held captive for a week. It is the latest in a string of appalling rape cases in India after a student was gang-raped and died in Delhi sparking protests (pictured)
The panchayat later justified the appalling situation, saying ‘an eye for eye is the actual justice’.

The alleged rapists – the offended family members – reportedly declared that it was their revenge for the elopement.

The woman somehow managed to escape their clutches on July 21, early in the morning, and filed a complaint with Muzaffarnagar police on July 27.

Senior superintendent of police Manzil Saini said: ‘The victim has met me. A case has been registered under Section 376 of the IPC. The accused would be arrested soon.’ 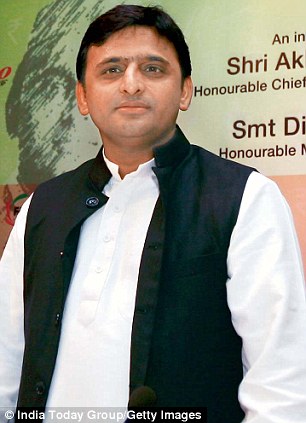 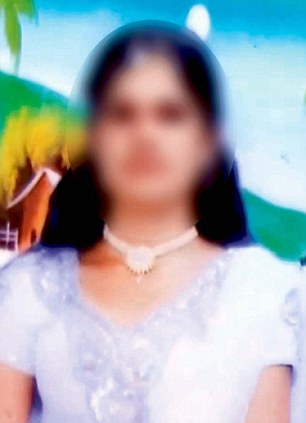 Horrific: It comes two weeks after a young woman (whose face we have blurred to protect her identity) was allegedly gang-raped and then set on fire in Etawah, the hometown of UP Chief Minister Akhilesh Yadav (left)

The victim’s elder brother alleged the decision that led to the incident was taken under the active supervision of the panchayat.

‘Police gave time to the accused to flee the village. The husband of the panchayat chief was also present when the fate of my sister was decided. He was very vocal and wanted the harshest punishment for us,’ he said.

The panchayat head confirmed its decision to Mail Today. He claimed he had asked them to reach an amicable solution.