A woman who underwent surgery on one of her kidneys was stunned to be told by doctors she had actually had four of them.

Jessica Curphey, 20, was rushed to hospital after she developed excruciating pain on her right side.

Just weeks earlier, her GP had diagnosed a urine infection, prescribing her antibiotics.

But scans at Surrey’s St Helier Hospital revealed what doctors first thought was a 17cm cyst on her right kidney.

Then 11 days later, further tests showed Jessica actually had two kidneys on her right side, the second of which was the ‘cyst’ – and was so damaged it would have to be removed.

But during the operation, surgeons discovered yet another kidney, meaning Jessica had four and the ‘extremely rare’ privilege of having double the amount.

After having the damaged kidney removed in June last year, Jessica is now raising money for Kidney Research UK.

She said she had a lot to thank her housemate Steph for, who first rushed her to hospital.

She said: ‘At first I didn’t know how to feel because I had been told so many things.

‘Now it’s quite fun watching how people react when you tell them that you’ve got an extra kidney.

‘I suppose it’s weird not knowing what’s going on inside your body until something happens.

‘The upside of the whole thing is that I don’t get as bad hangovers as my friends, which is perhaps down to my extra kidneys. Overall I have come out of this as a stronger person.

‘It was a difficult experience but I was looked after and I’ve come through it the other end and looking forward to the future.’ 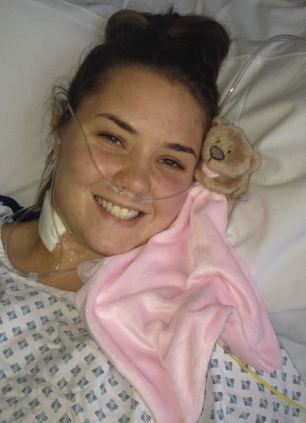 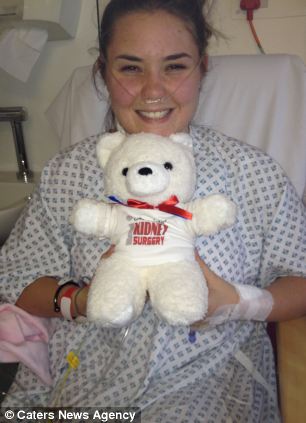 Scans revealed she actually had four kidneys, one of which was so damaged it had to be surgically removed

Consultant urological surgeon Robyn Webber said: ‘Having three kidneys on a single side of the body is exceptionally rare. There are perhaps fewer than 100 cases described in textbooks and papers.’

Jessica’s mother, Alison, 45, raced down to Surrey from Manchester when she heard her daughter had been rushed to hospital.

Alison said doctors drained more than 2,000ml of infected fluid from the damaged third kidney – which was unable to drain because it was damaged.

She said: ‘Jess had never been ill before this. Because this kidney was so badly stretched and damaged by the infection, the consultant urologist informed Jess that the only solution was to have it removed.

‘He said he would try to save the lower kidney but prepared her in case both of them had to be removed.

‘As you can imagine there were lots of tears all round but we were just thankful that they had managed to stop her going into septic shock.’ 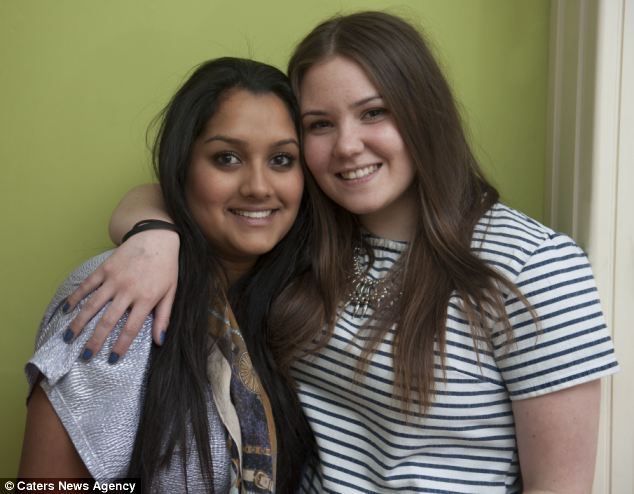 Jessica (right) with her best friend and housemate Steph Moorghen, who she credits with saving her life

After the operation on June 11 Jessica made a full recovery and is looking forward to finding out her degree results.

Alison said: ‘Jess was placed on the enhanced recovery programme and in true ‘Jess fashion’ she charmed and delighted everyone with her recovery.

‘The nurses called her “smiler”. Three days after having a major organ removed, she was discharged.’