Just like any other newlywed she has been subject to speculation that she is expecting a child.

But for Kerry Washington, the rumours hit fever pitch on Sunday night as she attended the Emmy Award Ceremony in Los Angeles in a flowing dress.

The star of political thriller Scandal was nominated for Outstanding Actress in a Drama Series but missed out to Homeland’s Claire Danes. 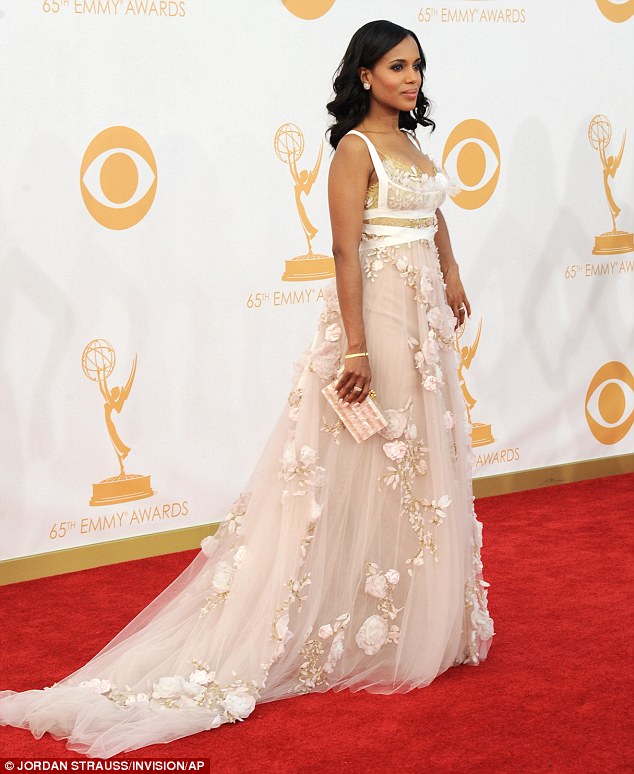 With child? Kerry’s dress could be hiding the beginning of a baby bump

The beautiful floor length, cream design with rose detailing and gold thread was regarded by many celebrity watchers as just the kind of loose fitting number you would chose if you were in the early stages of pregnancy.Gossip that she was expecting a child first began to circulate when she married in private with just her parents and sister in attendance last July. 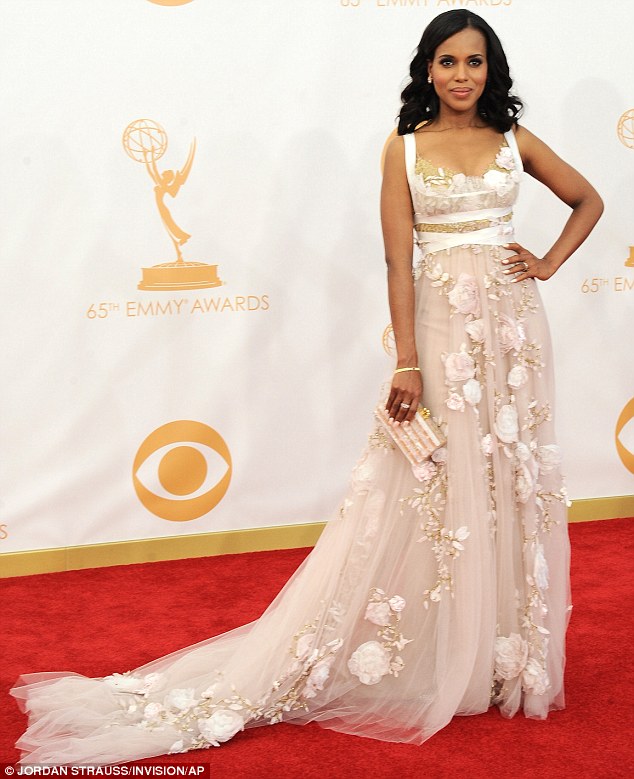 Gorgeous: Pregnant or not Kerry stunned in the Marchesa design

The actress who plays Capitol Hill crisis management guru Olivia Pope in the ABC show is known to be fiercely protective of her private life.

In October’s Glamour magazine, she said: ‘I learned through experience that it doesn’t work for me to talk about my personal life. I’ve had earlier times in my career when I did talk about it.

‘But I couldn’t just turn around and say, ‘I only want to talk about the good stuff, but not the bad stuff.’ So I just thought, ‘OK, no more,’ she said. 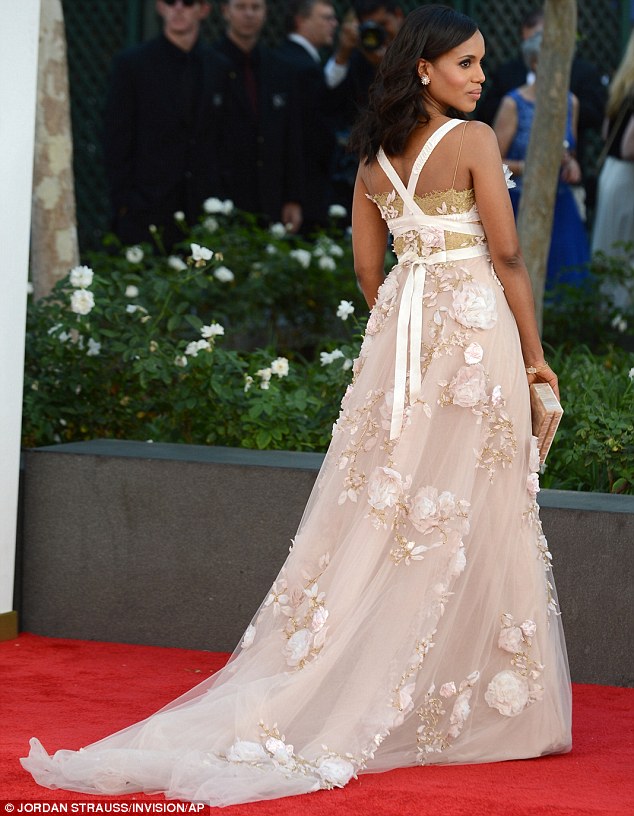 Rear view: Kerry’s dress is just as pretty from the back 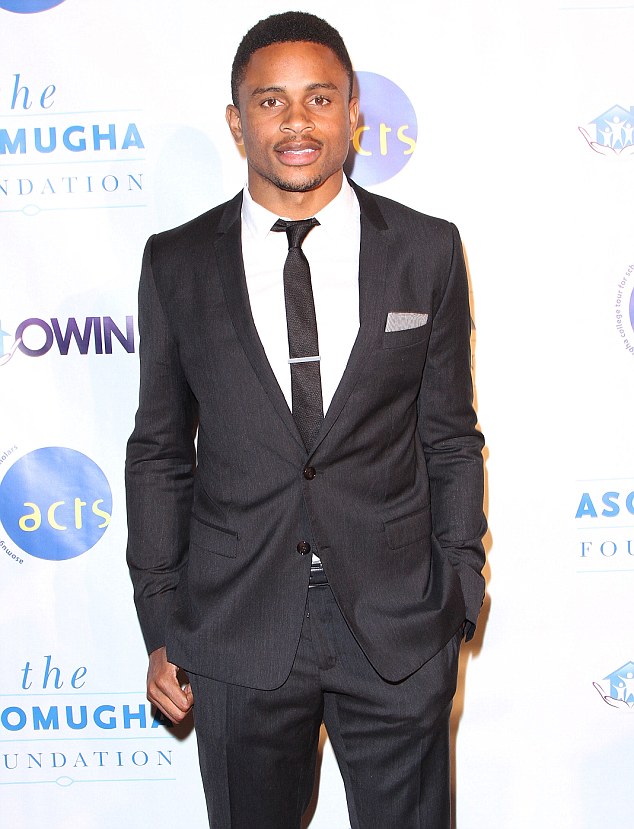 Newlyweds: NFL cornerbacker Nnamdi Asomugha married Kerry at the beginning of the summer