‘Mercy Aigbe’s husband at large as 3 suspects have been arrested, Police report says’

The actress had accused her hotelier husband of maltreatment and assault.

However, Gentry has continued denying the claim, stating that he has never beaten her.

[Read Also: I CHALLENGE YOU TO BACK YOUR ALLEGATIONS WITH PROOF! | MERCY AIGBE REPLIES HUSBAND]

A police report obtained by LIB has shown that three persona have been arrested over the allegation.

The report signed by CSP Fatai Shoetan, the divisional Police Officer of Ojudu division also stated that Gentry is at large.

The actress had allegedly reported the case to the Lagos State Ministry of Women Affairs. 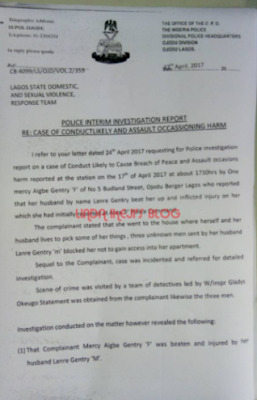 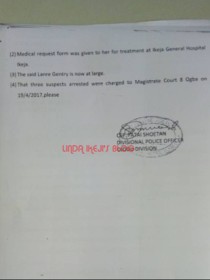